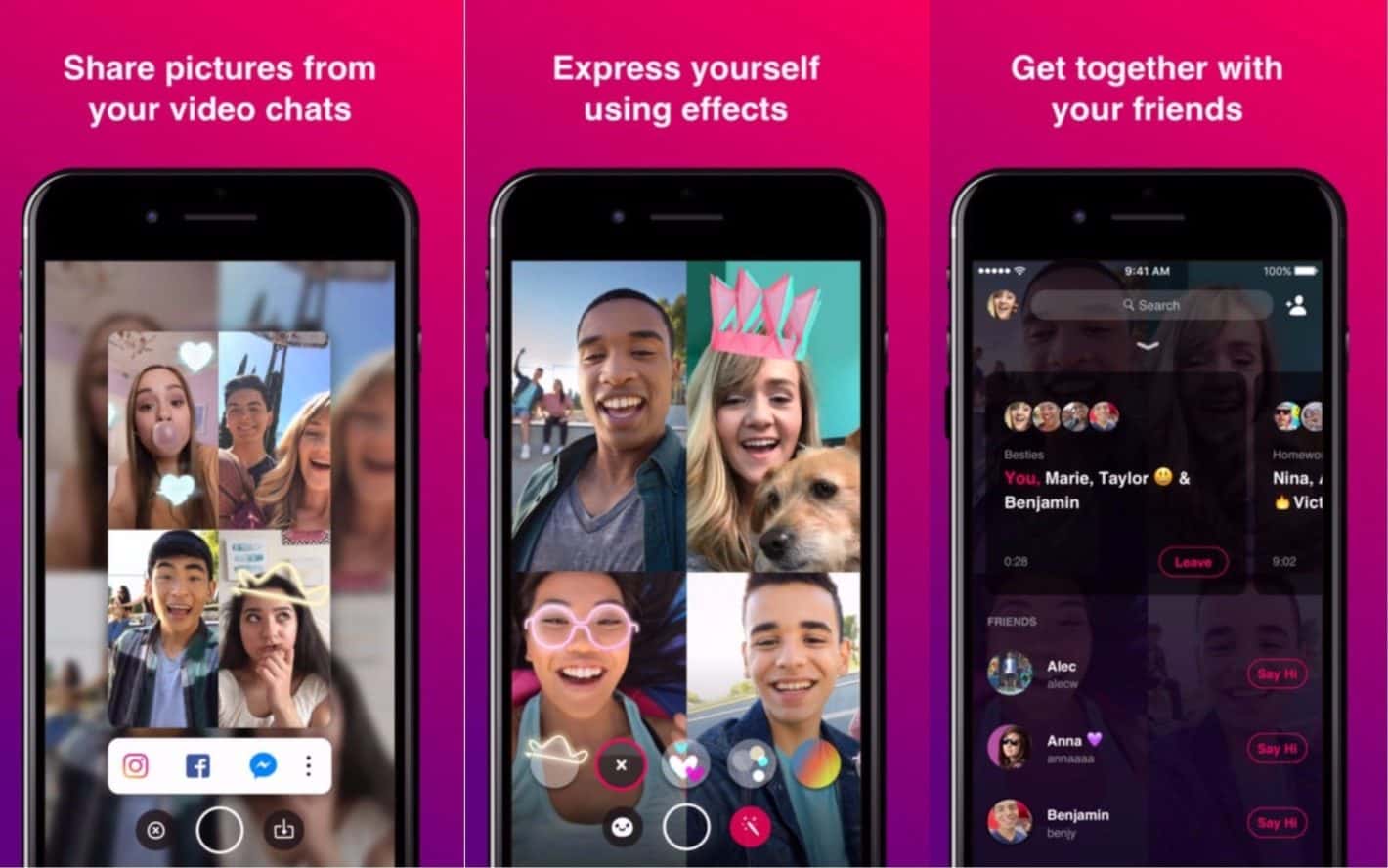 Facebook has begun limited testing of a new group video chat app named Bonfire which could eventually come to Android. A few months back it was reported that Facebook had been working on a new video calling app, similar to Houseparty, which would allow users to quickly start video chatting with their friends. Now, though, it appears the social media giant has begun publicly testing the app by releasing it through the Danish App Store, signaling a possible future release on Android.

With Bonfire, users are allowed to begin video chatting with a number of friends, while invitations, which are received through Messenger and Facebook, can also be sent out to those who aren't using the platform. When video chatting, users are given the option of various face filters, similar to those available in Instagram and Facebook Stories. Those who wish to go one step further and share their experience through other platforms are also encouraged, as long as the platform is Facebook-owned – Bonfire provides options to post screenshots of an ongoing video chat through Instagram, Facebook, and Messenger without the need to exit the app. Currently, Facebook's latest creation appears to be exclusive to iOS users in Denmark, with the reason behind this likely being the high level of user retention that the market provides – ideal conditions for testing. Nonetheless, if Facebook receives positive feedback, the app could eventually land on Android devices across the globe, therefore opening it up to a much wider audience. If the company chooses to do so, it would directly compete with Houseparty, a platform that is slowly gaining ground among teenagers, the very same age group in which Facebook's own popularity is declining.

Bonfire isn't Facebook's first app to bear a resemblance to a competitor's offering, though. After all, back in 2014, the company launched an app called Slighshot which was very similar to Snapchat. The app never took off in the same way as its competitor and was eventually shuttered in December of 2015. Nonetheless, eight months later the company introduced Instagram Stories, a wildly popular feature that Slingshot's user feedback surely helped create. If the app proves popular enough among testers, it could be available on Android in a matter of months. If long-term growth isn't significant enough, though, it wouldn't be surprising to see it eventually spawn a new Messenger or Instagram feature based on the app's concept, especially considering Facebook's history with copycat apps.