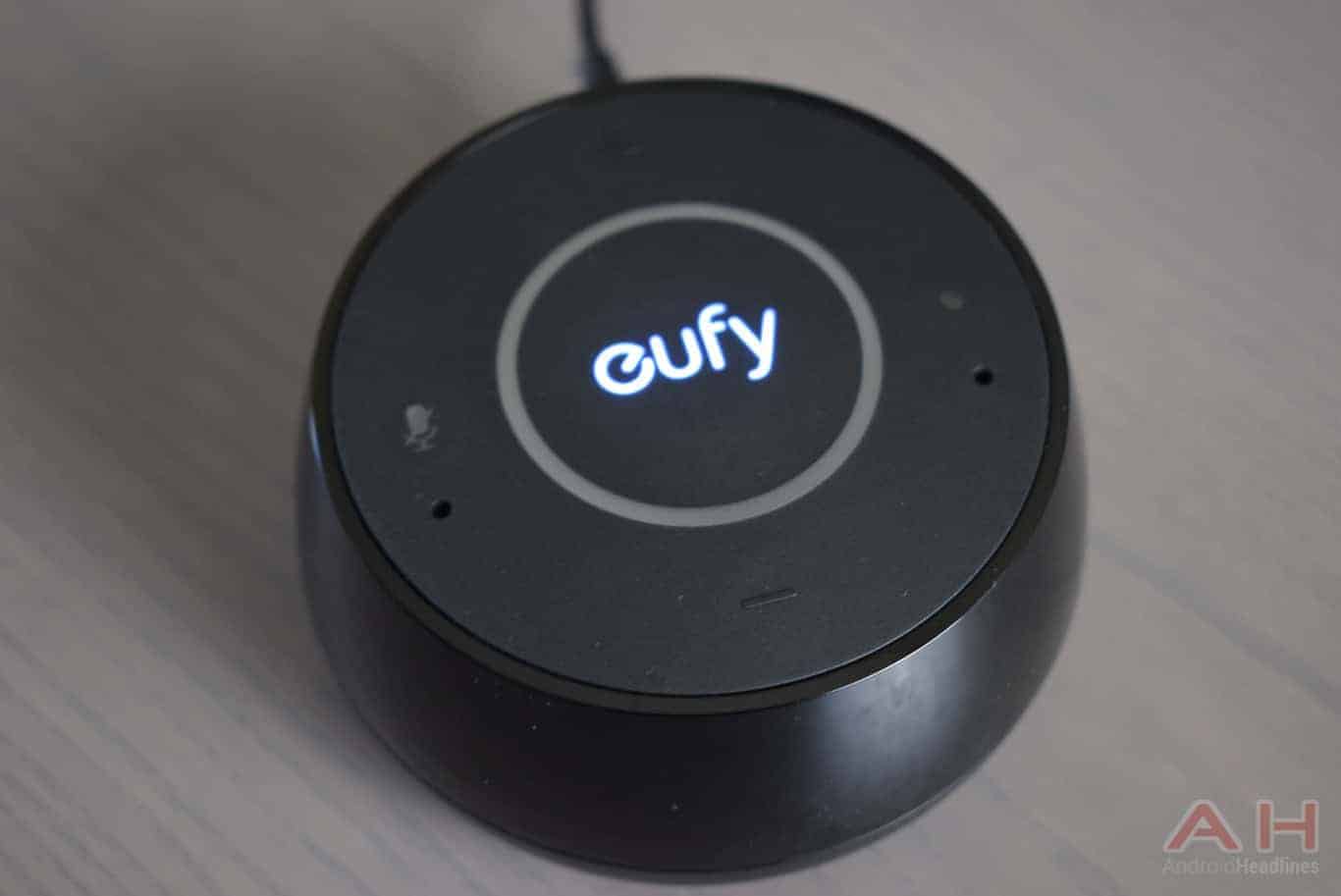 Amazon has been on a quest to find more ways to get Alexa into the hands of more people. And that includes working with other companies to create competitors to their own products. Which is exactly what the Eufy Genie is. It’s a competitor to Amazon’s Echo Dot, and it comes in about $15 cheaper. However, that doesn’t make the Eufy Genie the better product, compared to the Echo Dot. There are a few things missing here, so let’s talk about it.

The Eufy Genie is a slightly larger Echo Dot, but it’s still not portable (read: there’s no battery inside). But it is missing Bluetooth capability. Which means you’ll be stuck streaming music via services that support Alexa – like Spotify. You also are unable to connect a speaker to it over Bluetooth, but you can connect one via 3.5mm input. There are also fewer microphones inside the Eufy Genie, compared to the Echo Dot, which makes it a bit tougher for Alexa to hear you in a crowded room, or if you are across the room. I had few issues with this, considering I had the Eufy Genie sitting on my desk for the majority of the time. But when yelling at Alexa from another room, she did have trouble hearing me. Finally, when it comes to things Eufy Genie doesn’t have, there’s no support for 5GHz WiFi. This means you’re stuck with 2.4GHz WiFi. This is likely a good thing, since 2.4GHz WiFi can cover more area than 5GHz, so you can keep the Eufy Genie further from your router without it losing coverage. 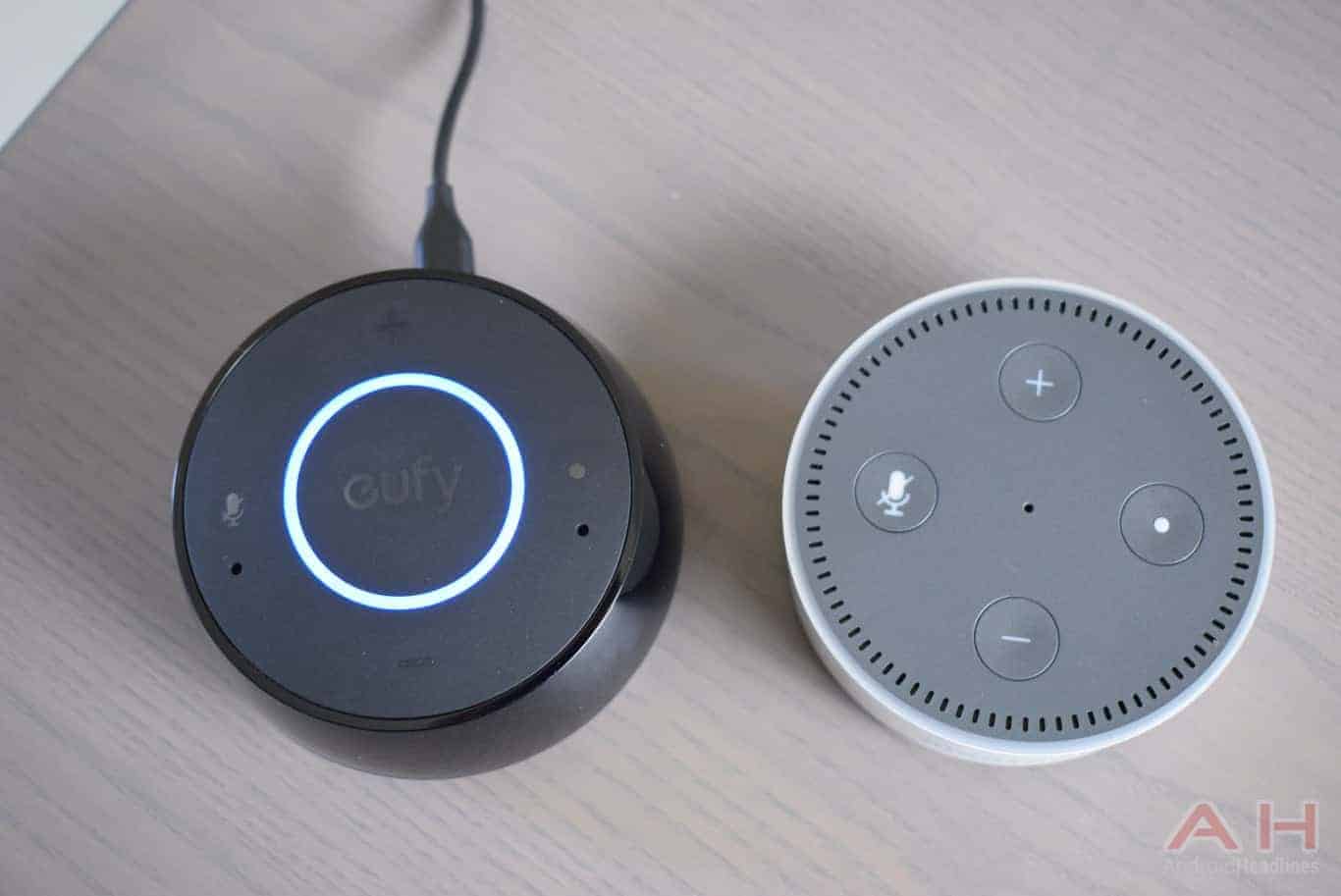 Despite missing all of those features and hardware, the Eufy Genie is actually a pretty good alternative. Now the missing Bluetooth didn’t bother me too much since I do all of my music listening from Spotify which has had Alexa support for a long time. And I am able to plug in a speaker via a 3.5mm cable. This is actually better, as there is a bit of a lag when using a Bluetooth speaker, something I experienced when using the Echo Dot. Now while we’re talking about music, the sound quality of the Eufy Genie is not great. It’s really not good. And you’d expect that, really from a 5W speaker. It does its job and that’s about it. So if you were thinking of picking up the Eufy Genie for a good speaker experience, you may want to look elsewhere (or look at Eufy later this year, as it releases more Alexa and Google Assistant smart speakers).

Alexa does all of the same things with the Eufy Genie as she does with the Echo Dot or any other Alexa-compatible speaker. There are over 20,000 skills available, with plenty more coming each and every day. Alexa is able to do things like order pizza via Domino’s or Pizza Hut. It can also order you an Uber, or even read the news to you, and many other things. Alexa works just as well as she does on the Echo Dot, aside from the small issue of her hearing you. If you are across the room, you will definitely need to yell to her to get her attention. 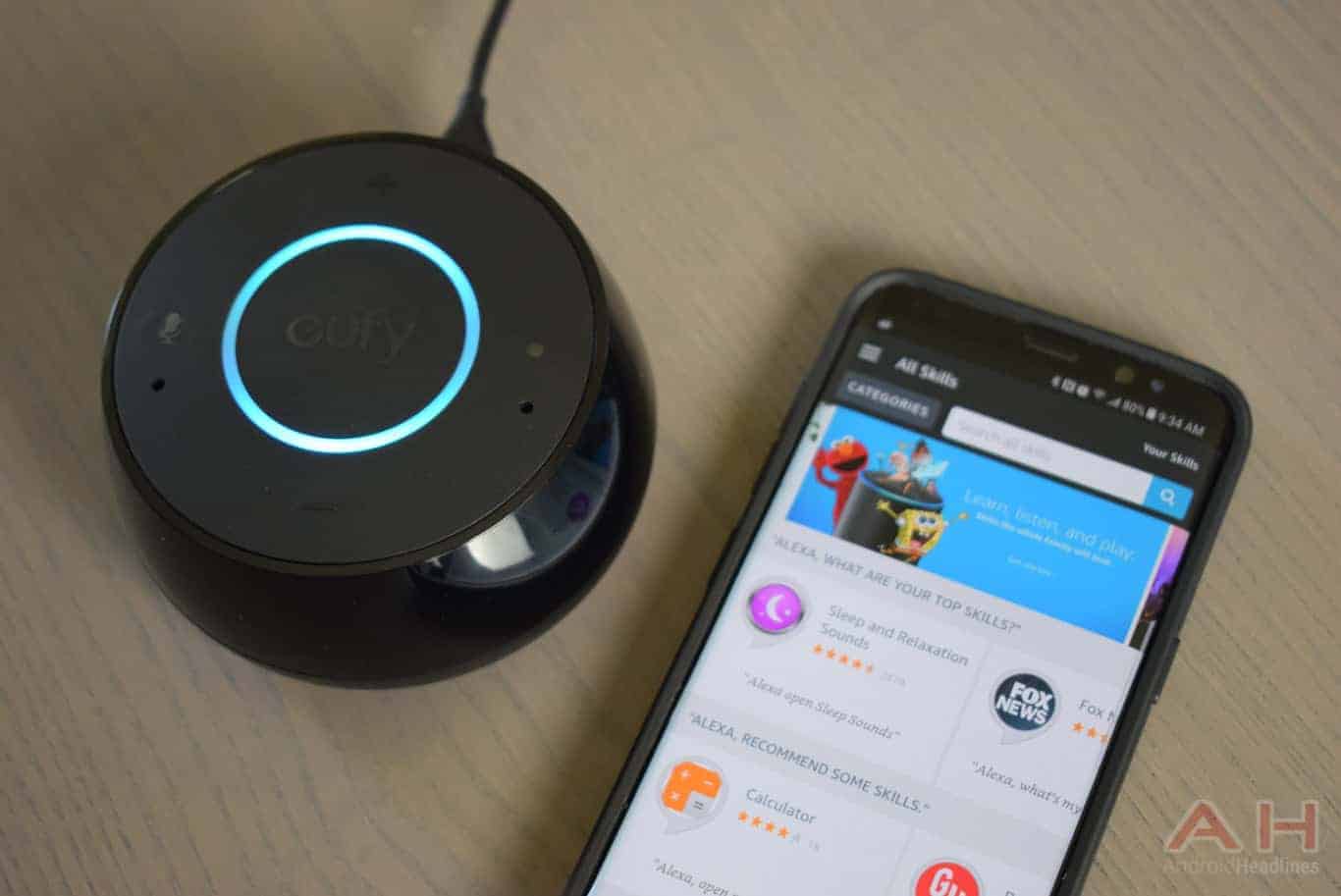 Now on the hardware front, Eufy has the same buttons on the top of the Genie. Which includes a mute button (you’ll want to hit this if you are watching YouTube, she will always come back and say something like “I’m not sure how to help with that”. There is also a button to get Alexa’s attention, and then volume buttons. There is a blue circle in the middle which works as it does on other Alexa devices like the Echo and Echo Dot. In the middle is the Eufy logo which also lights up, but only after Alexa is done talking to you. I think it would look better if it lit up with the Alexa ring when you called Alexa’s name. On the back, you’ll find a micro USB port for power and then that line in for audio. The Genie is a bit thicker at the bottom and then tapers up towards the top, giving it a rather unique look, compared to the Echo Dot.

The Eufy Genie is a pretty good option for those looking to pick up a smart speaker with Alexa inside. With it only being $15 cheaper than the Echo Dot (although Anker will definitely offer some deals on this speaker), it’s hard to recommend it over the Echo Dot, unless you want something that looks a bit better. The omission of Bluetooth and having fewer microphones are definitely it’s biggest loss, but that doesn’t make it a bad purchase. 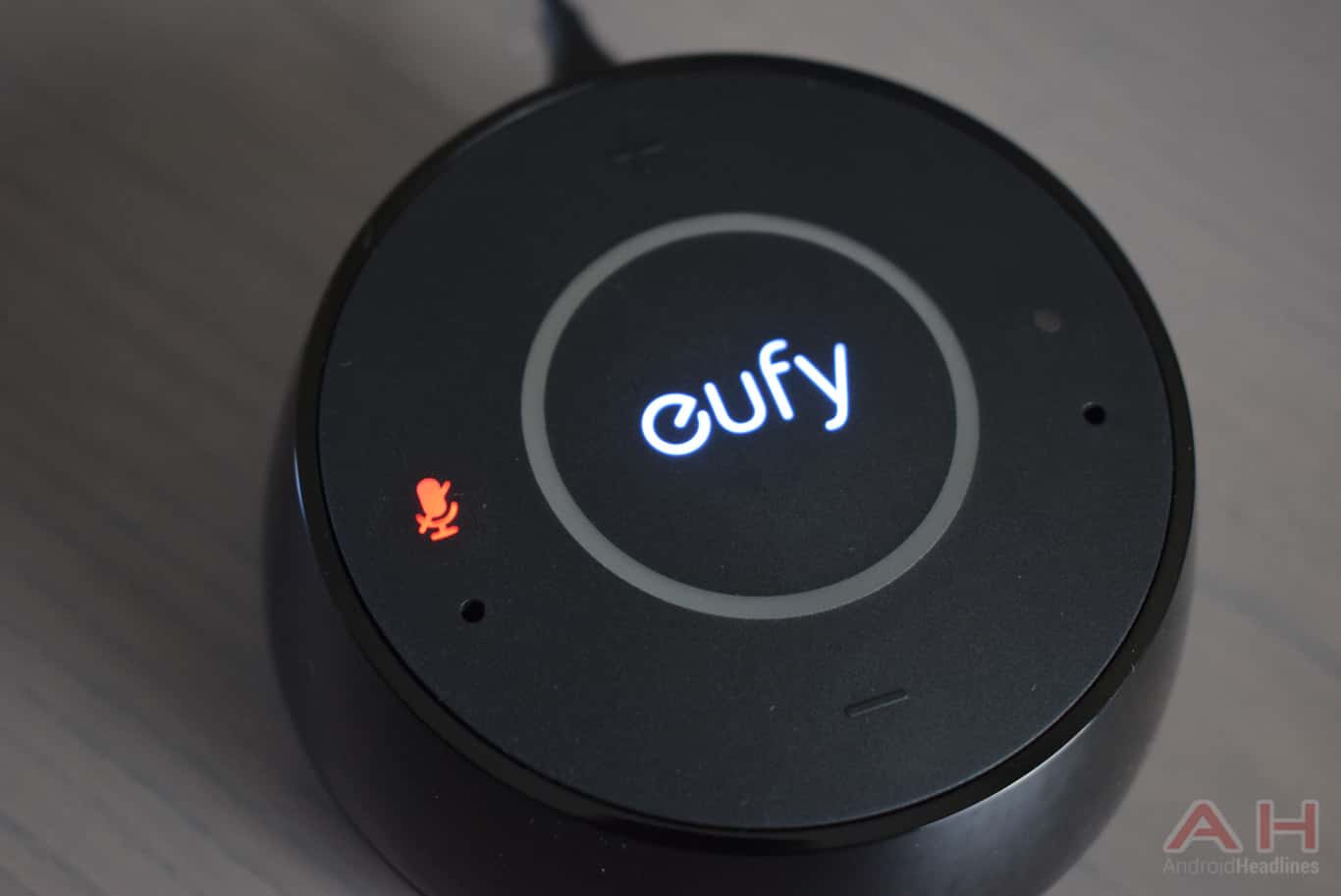 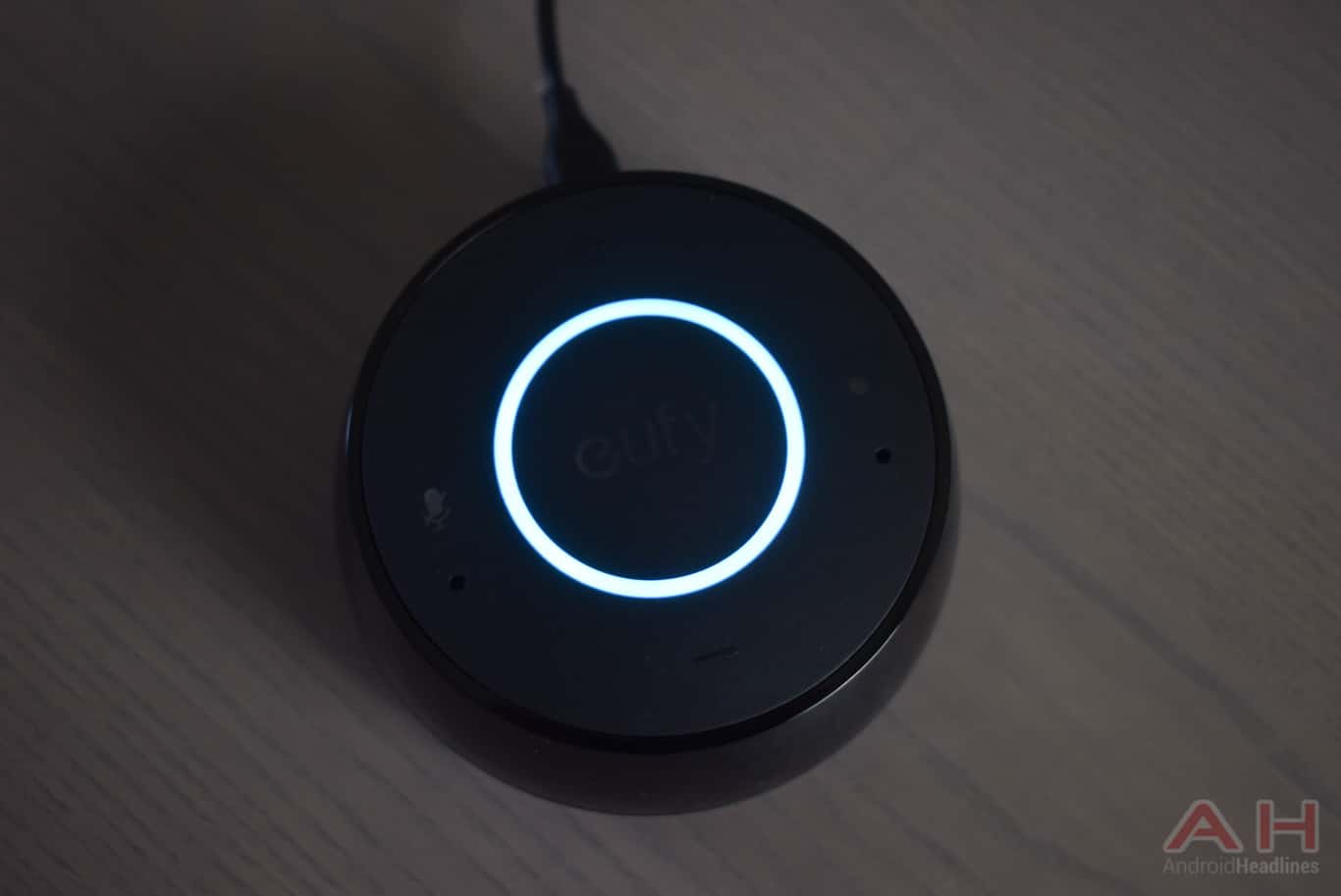 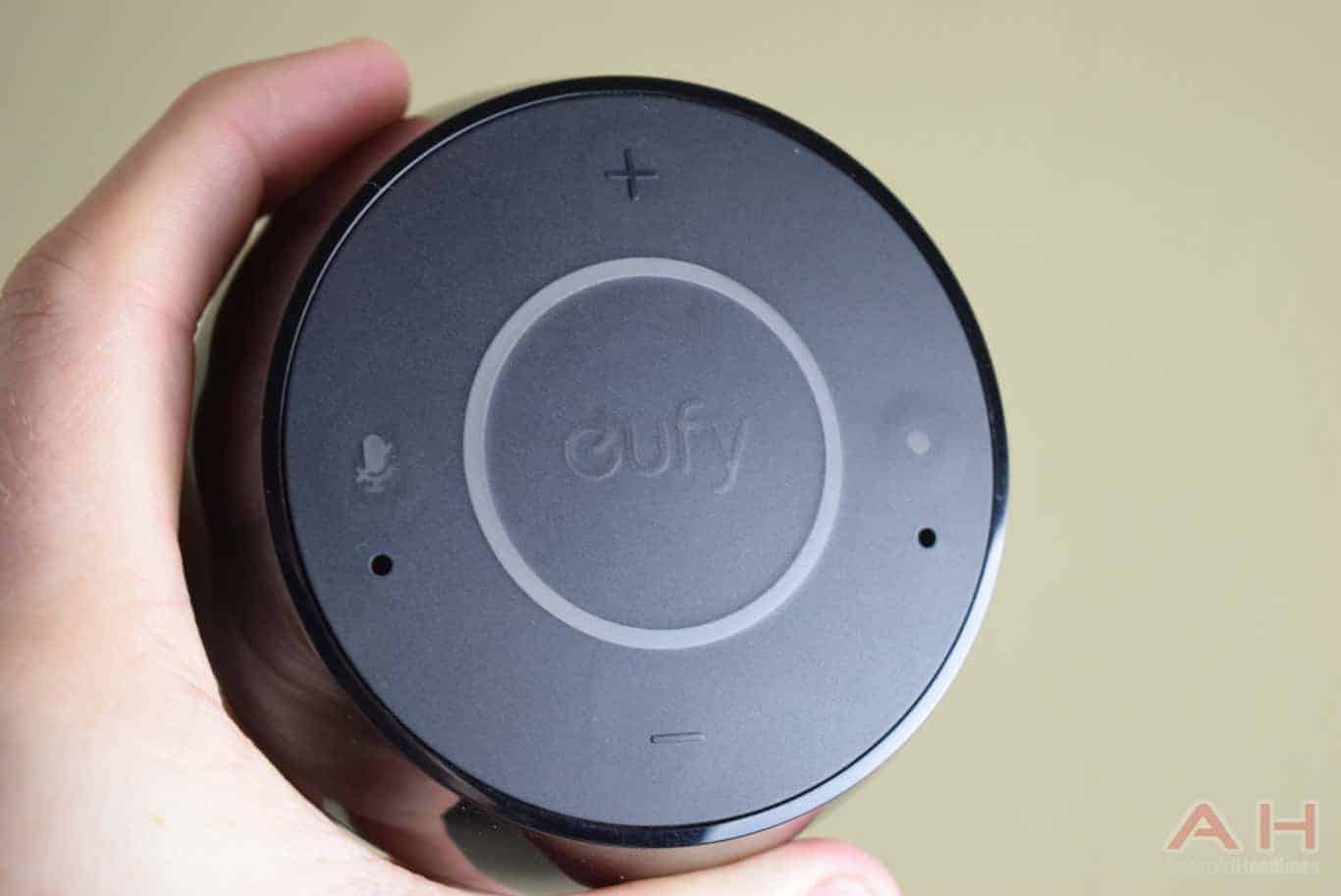 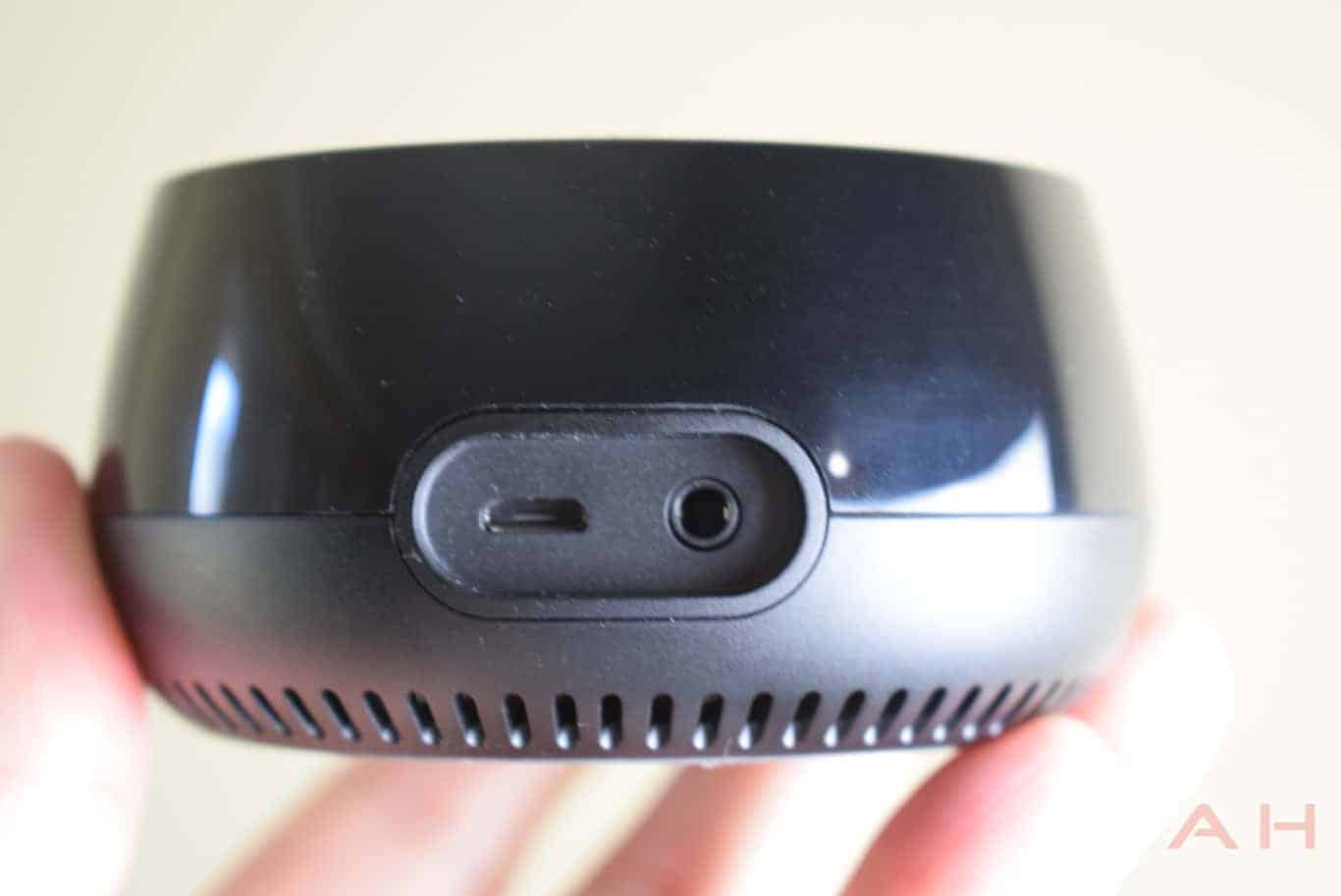 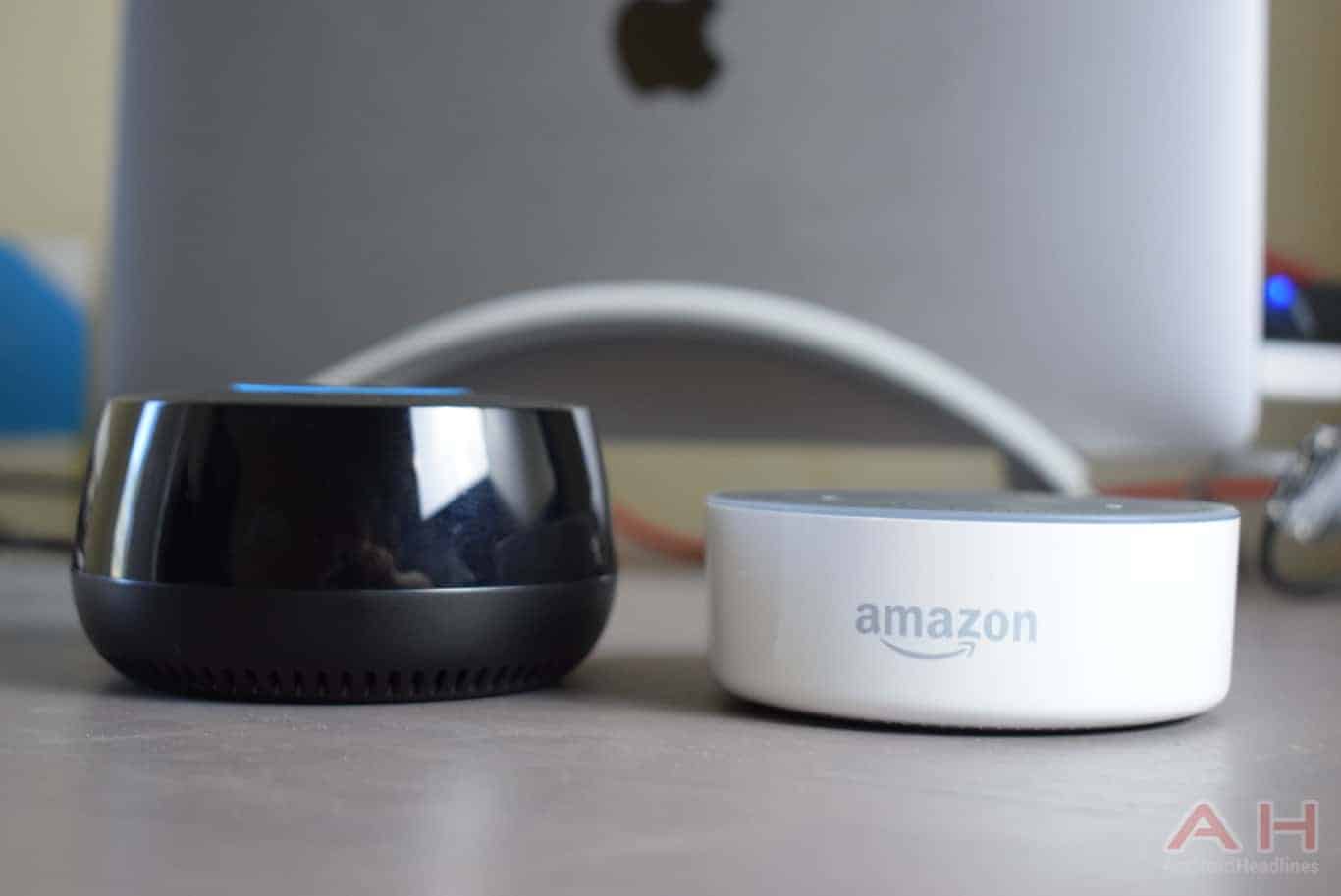 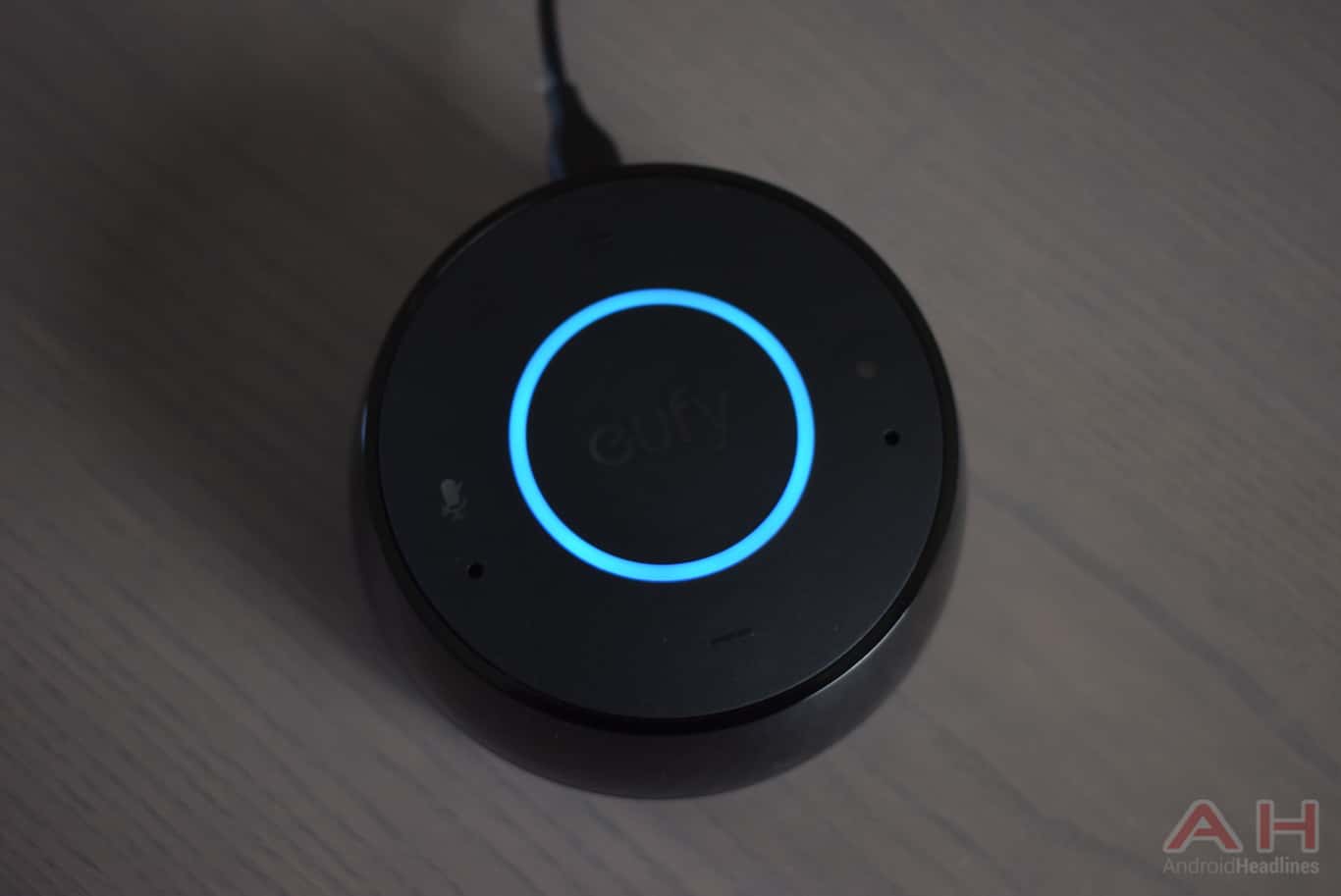