Rumors of a new Chromebook Pixel dubbed “Eve” have been making the rounds for a while and the unannounced device has now surfaced on GFXBench, revealing some of its core specifications. GFXBench is a popular benchmarking site and while a listing doesn’t guarantee that the device will actually hit the market in that exact form, it does offer a solid idea of what to expect. If this Chromebook “Eve” benchmark turns out to be accurate, the device will come with competitive specs which would fall in line with previous rumors that have indicated it would be a premium device. More specifically, the purported Chromebook “Eve” Pixel (2017) could arrive as the most powerful Chromebook to date, taking Chrome OS to the next level in terms of raw hardware power and paving the way for higher-end Chromebooks across the board.

When it comes to storage, it seems that the upcoming Chromebook “Eve” will get an advantage over most other Chromebooks out there, as it will apparently feature 128GB of internal storage space. That should allow for plenty of applications and media to be stored on the device, and such a high-storage configuration is not even available with any Chromebooks sold in the United States. The Chromebook “Eve” listed on GFXBench is possibly the highly anticipated Chromebook Pixel (2017) which may make its official debut in early October alongside the upcoming Google Pixel smartphones. No official confirmation attests the accuracy of this information as of this writing, but more details on the matter should be available in the coming weeks. 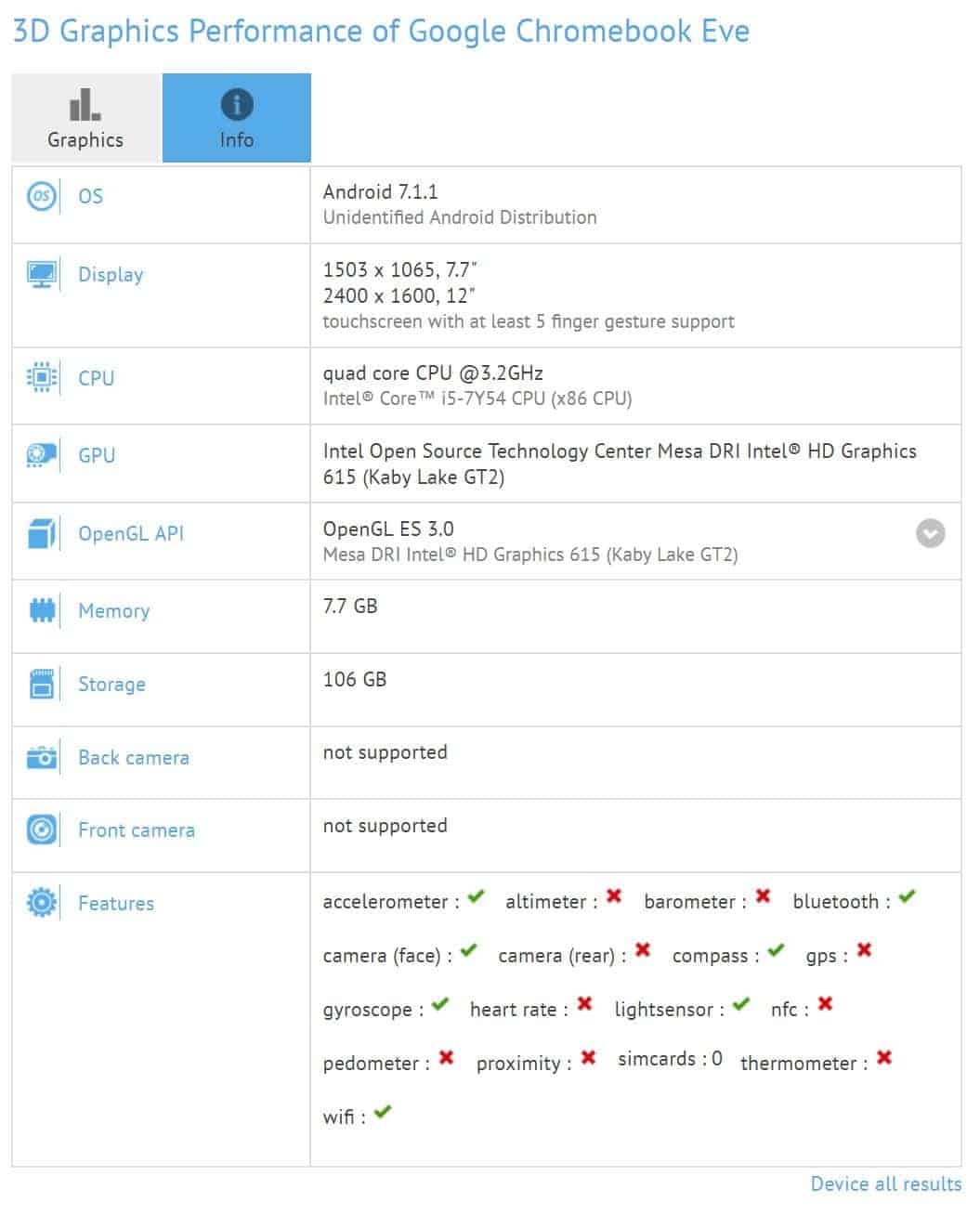