Chrome OS is now capable of providing users with a real-time hardware usage monitoring service, Googler François Beaufort revealed earlier this month. The latest build of Chrome OS on the Canary channel ships with a dedicated page for resource usage tracking but as is usually the case with experimental functionalities of Google’s open-source operating system, this particular feature isn’t enabled by default. Instead, you’re required to activate it manually by enabling the “chrome://flags/#sys-internals” flag, after which you’ll have to restart your device. Make sure you’re on the Canary channel before trying to activate the aforementioned flag through your Omnibox as the procedure will otherwise amount to nothing.

After that’s said and done, you’ll be able to benefit from real-time hardware usage monitoring capabilities of your device which are available at “chrome://sys-internals.” As evidenced by the screenshots below, the system tracks CPU, zRAM, and memory consumption and presents its recent usage history with some relatively straightforward graphs. Being an experimental functionality, there are no guarantees that this feature will ever make its way to the Chrome OS stable channel, though the wording of Mr. Beaufort’s announcement does seem to indicate that rolling it out on a global level is the Chromium team’s current plan. Even if the functionality is eventually optimized for usage with a stable version of the operating system, it remains to be seen whether Google’s engineers significantly change it in the meantime. The latest addition to Chrome OS should be familiar to anyone who ever used Windows and Microsoft’s resource tracking tools, providing users with the ability to track their hardware usage in real time for any reason.

While Chrome OS continues receiving regular updates, there weren’t many major changes to the operating system over the summer, with the most recent addition being a fix for one enrollment bug. The open-source OS is expected to power a number of new devices that should be unveiled in the coming months, with at least some of them being set to feature integrated fingerprint recognition sensors, as evidenced by an update for the stable Chrome OS version which debuted last month and shipped with a dedicated fingerprint settings page. 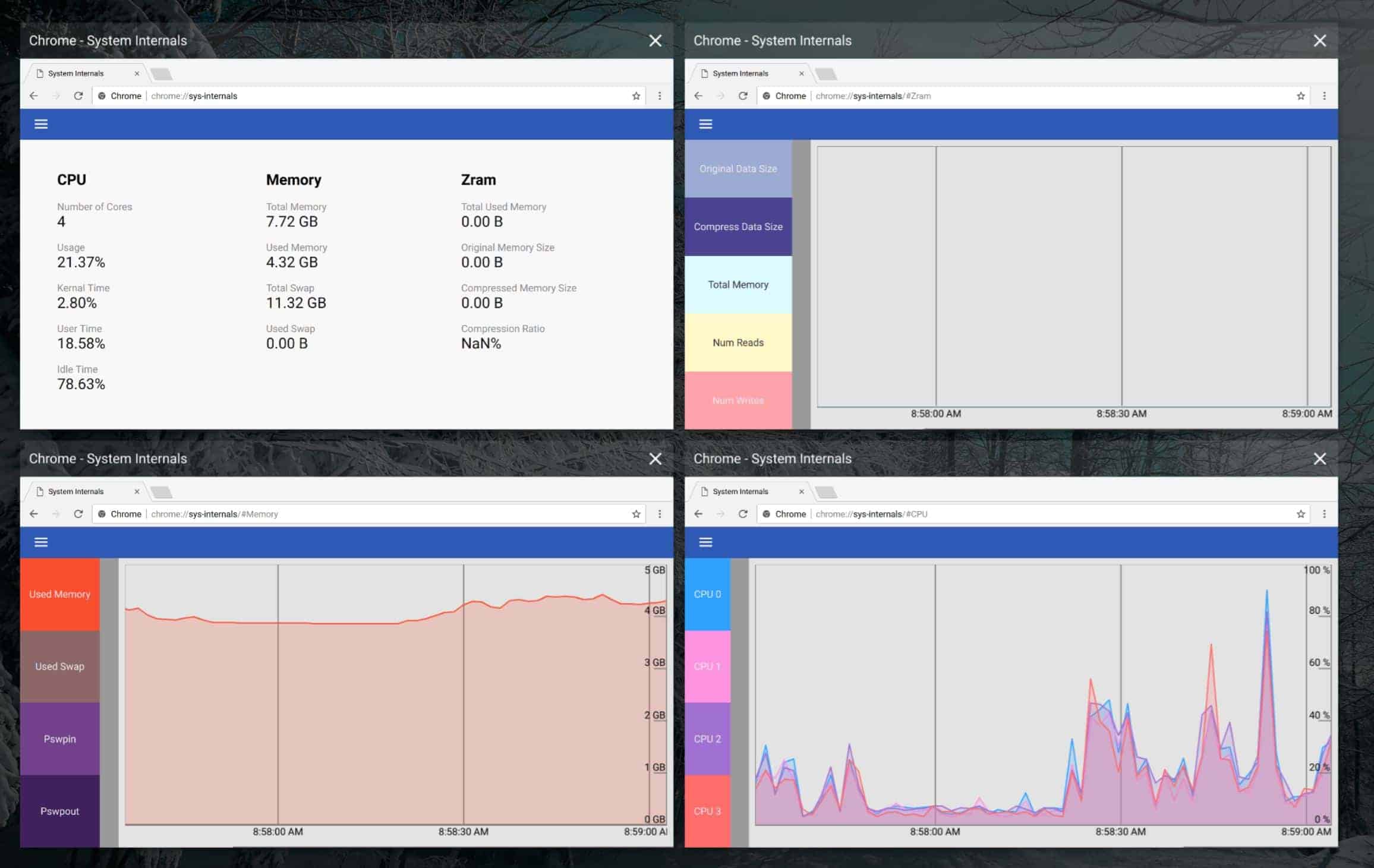