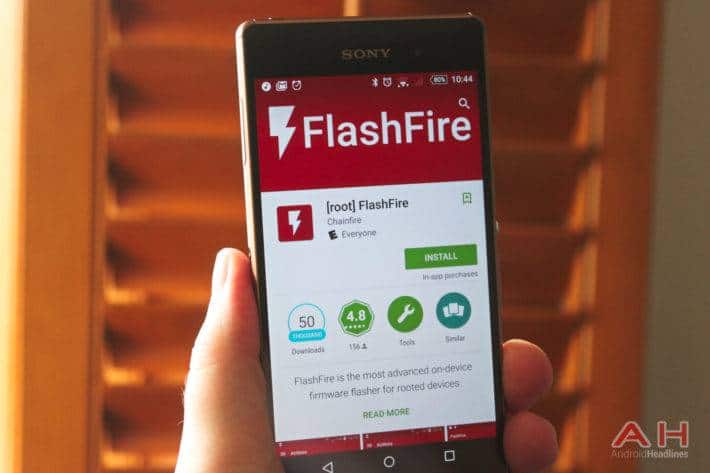 Chainfire has updated both LiveBoot and FlashFire to work with Android 8.0 (Oreo), in addition to introducing other fixes for its apps. The changes to LiveBoot that enable Oreo compatibility pertain mainly to the graphics stack, while FlashFire's changes involve not only graphical fixes but modifications to the Flash Mode code and the manner in which OTA updates are handled. Under the hood, LiveBoot is also now compatible with the SBin mode found in the SuperSU app from the latest update, meaning that these apps can now work on devices where SuperSU has been thrown into SBin mode in order to make it harder for root-rejecting apps like Pokemon GO and Android Pay to detect it.

With those apps getting Oreo support, people using the latest version of Android now have support for the full gamut of base activities possible on the user end with root, or at least those which can work with AOSP Android. Many custom ROMs include a number of customized and unique features that could break compatibility with Chainfire's apps. It's also worth noting that there aren't that many Oreo-based custom ROMs and kernels just yet, so those on Oreo who plan to use Flashify or LiveBoot in their current state are cautioned to exercise even more care than normal and be sure that they have usable backups on hand before making any changes to their systems.

Chainfire is among the first root developers to embrace Android Oreo and is providing a base for other developers and ROM cooks to work from. Many of the key features that users rooted for in the past have been adopted by AOSP Android over time. Even theming, long one of the biggest reasons to root, may be coming to Oreo in the near future without the need to root your device. For those who do want to root, however, Chainfire's solutions are currently the only way to use Android Pay and other similar apps on Oreo since Magisk is not available with full Oreo compatibility just yet. This also means that SuperSU, FlashFire, and LiveBoot represent the only presently existing way to install mods of any sort on an Oreo device since the Magisk module repository is still not available and the Xposed Framework has yet to be ported to Oreo.