Apps are the cornerstone of most people's smartphone experiences. They enhance nearly everything about the device and many of them are not just useful tools to have in daily life, some of them are even fun to use. The issue sometimes is that there can be too many apps as more are published to the Play Store every single day. Each month we find ten apps worth looking into and toss them in this list, and it's that time again. So if you're looking for a new app to try out or have been on the hunt for a specific type of app for a while now, give this list a look and see if any of the ones below fit your needs or wants.

Hide "Running In The Background" Notification

Starting this list off is an app which is as simple as its name makes it out to be. It is used for hiding the notifications that run in the background persistently on phones running Android Oreo, which also makes this one a little bit limited in who it's useful for. That said, it's still useful and it seems people like it as it's already got between 10k and 50k installs. If you have an Oreo device and you don't like the persistent notification, this is for you.

Facer isn't a new app, but it did just launch the 4.0 version update this month which is a massive update that adds tons of new features and functionality. If you own and wear a smartwatch, then you should check out Facer as it's the most comprehensive watch face app out there and it just got so much better. 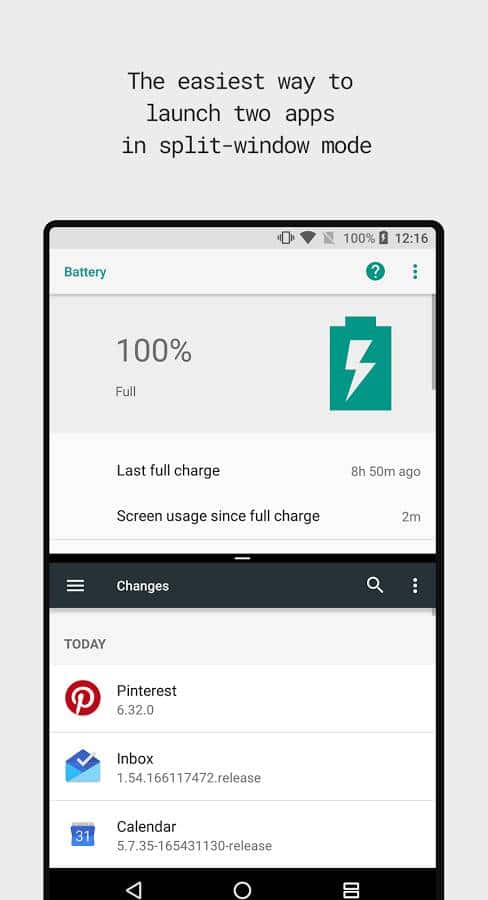 Like the multi-window feature on Android but wish you had a faster way to launch the apps in a split-screen view that you use often? That's what this app does as it allows you to create shortcuts that let you quick launch apps into multi-window mode. The apps still have to support multi-window of course, but it's certainly a better method then the way you do it natively. If you use multi-window, give this a shot.

This is a media player application which, sure there are already tons of those but this one sets itself apart from many of them by playing just about any media format available without requiring you to convert the files or codecs. It's also got a nice visually pleasing UI that's easy to navigate, it supports pop-up play, and it has loads of other features.

This isn't exactly a new app either, but it was in beta status prior to earlier this week, and now it's officially been launched in the Play Store as a non-beta app. This is a Twitter client app and while it offers many of the same features of the official Twitter app, it has some benefits over Twitter, like the larger images in your feed and on profile pages, and the ability to customize your feed. It also has light and dark themes if you liked that about Twitter.

As the name suggests this is an app from Duolingo, and if you didn't already guess it's an app that aims to help you learn languages with the use of flash cards. Whether or not you already use Duolingo, you can use Tinycards to learn a different language, though it probably works better if you use both together.

Coming from Microsoft, this app is targeted at gamers and broadcasters, as it's a way to live stream mobile gameplay or just what you happen to be doing if you like to live stream your everyday experiences. It boasts one-button live streaming, the ability to chat with viewers who are watching your streams, and you can even use your device just for chat if the broadcast is taking place via another platform.

Just like the original Mondly app, MondlyVR lets you learn new languages but, unlike that app this version immerses you in VR and offers a whole new way to learn. You can speak with in-app personages just like if they were right in front of you having a real conversation (though these are not real users, rather they're just in-app characters), and the app supports a wide array of different languages.

If you're a big fan of ellen and you can't get enough of her content, then you will want to check out this new app which packs in a ton of different videos from the show. You can stream show clips, or check out original content that was created specifically for the ellentube platform.

Last but certainly not least is Amazon Prime Video. This isn't the first time this app was available on Android but it disappeared for a while and just recently was re-published to the platform. With this app you can log into your Amazon Prime account and access all of the content you can view through this app on other platforms.

Advertisement
Trusted By Millions
Independent, Expert Android News You Can Trust, Since 2010
Publishing More Android Than Anyone Else
19
Today
138
This Week
84
This Month
1929
This Year
103408
All Time
Advertisement