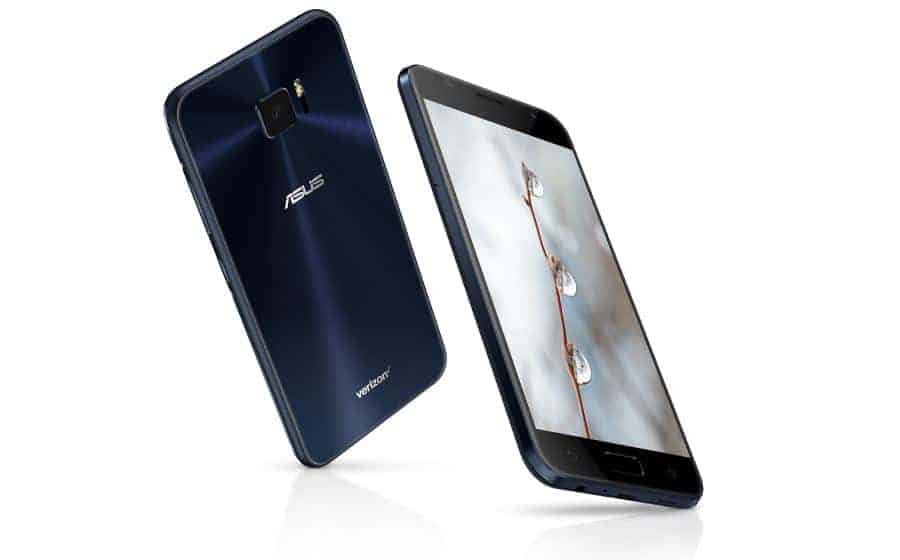 ASUS has launched the ASUS ZenFone V, a Verizon-exclusive smartphone that was previously reported to be the ASUS Ontario and the company's website highlights the design and hardware features of the new handset. Like other recent devices from the manufacturer, the ASUS ZenFone V sports a back panel that contains the single rear camera, dual LED flash, and Verizon branding and is protected by a sheet of Corning Gorilla Glass. Meanwhile, capacitive buttons and a fingerprint scanner are found below the handset's display. Users may find the headphone jack, USB Type-C port, and a single loudspeaker at the bottom of the handset. The right-hand side of the smartphone contains the power button and the volume rocker, while the opposite side contains the slot for both microSD and nanoSIM cards.

The ASUS ZenFone V is powered by the Snapdragon 820 chipset from Qualcomm, which is comprised of four Kryo CPUs with a maximum frequency of 2.2GHz and the Adreno 530 GPU. The device also includes 4GB of RAM and 32GB of internal eMMC storage that can be expanded by a microSD card. The handset also contains a 5.2-inch AMOLED display with a resolution of 1920 by 1080 and Tru2Life technology for better outdoor readability.  To power the device, the ASUS ZenFone V includes a 3,000mAh nonremovable battery and it also supports USB Power Delivery 2.0  protocol for faster charging. The handset is also equipped with the Smart AMP technology from NXP, which claims to deliver up to 20 percent increase in volume, 42 percent reduction in distortion, and 17 percent deeper bass. Meanwhile, the rear camera has a 23-megapixel Sony IMX318 sensor while the front-facing camera sports an 8-megapixel shooter. The manufacturer claims that the rear camera is capable of focusing on a subject in 0.03 second through the use of laser and phase detection autofocus technologies, while the shooter's  optical and electronic image stabilization should result in clear photographs. The smartphone will ship with Android 7.0 Nougat pre-installed, although the manufacturer's proprietary ZenUI 3.0 will run on top of Google's operating system.

Even though the ASUS ZenFone V is a Verizon exclusive, it does not support  CDMA networks and it can only connect to the carrier's LTE infrastructure. This is not the first that the carrier supported an LTE-only handset, as the company released a basic phone from LG last June that is only compatible with its LTE network. More information about the pricing of the device will likely be available soon.