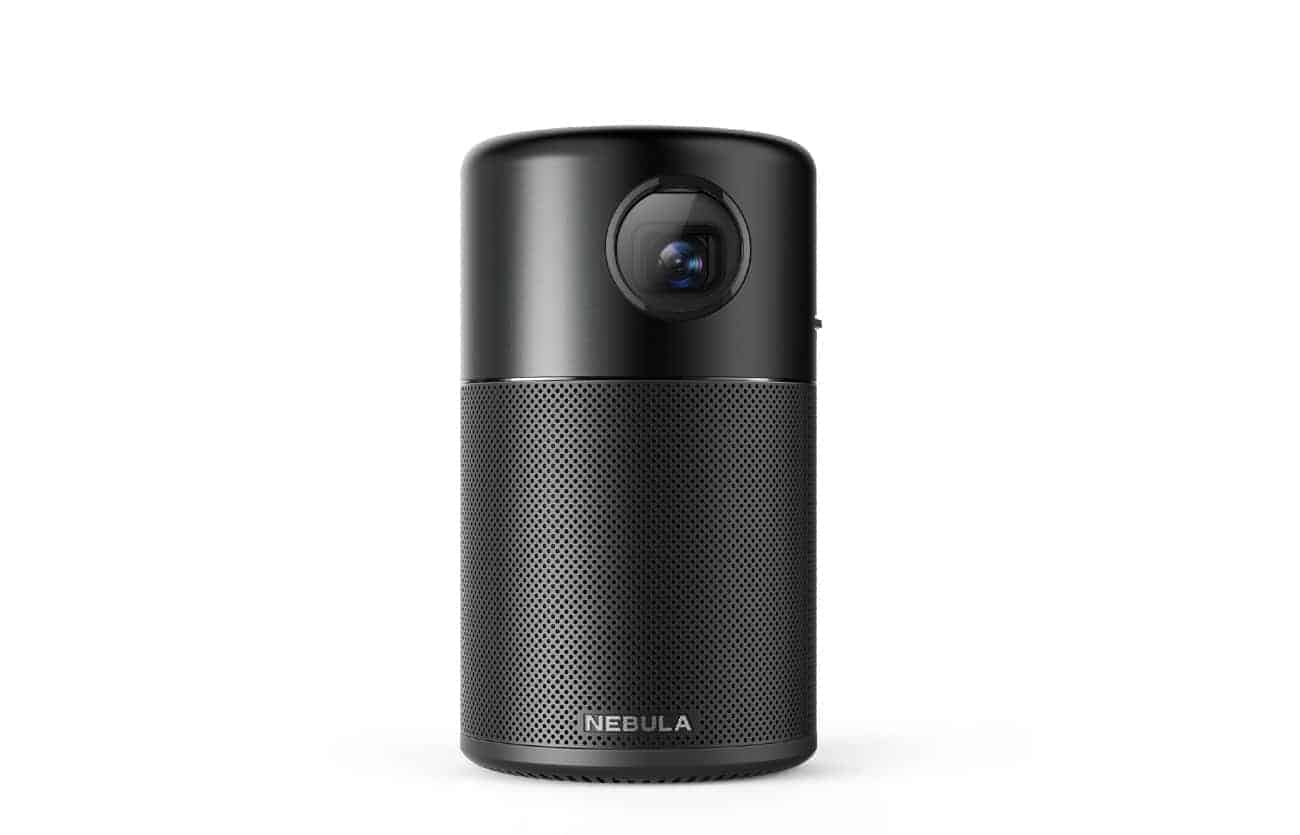 Anker has unveiled the Nebula Capsule, a small DLP Android projector that is designed to offer up a multi-use experience so consumers have a functional device that is capable of doing more than what a standard projector would do. Building on the Nebula line that Anker offers which includes the Nebula Mars projector, the Capsule will be able to work as a standard projector for watching shows or movies using an number of applications that are available on Android as it will have access to the Play Store, but it can also connect to smartphones and tablets using the built-in Bluetooth technology and enable streaming of content from the device as well, letting users share content with others.

In addition to its projector capabilities, the Nebula Capsule also has built-in speakers, and is fully capable of working as a standalone Bluetooth speaker for streaming music and other audio, or it can simply be used as the audio outlet for whatever content is being streamed from the connected mobile device. What's more is that there are five total speakers that are integrated into the unit, which Anker boasts will be able to deliver a 360-degree omnidirectional sound experience so that users feel more immersed in what they're watching or listening to. The speakers also come with an intelligent amplifier for enhanced bass and treble if users wants to tweak the sound a little bit.

Since this is running on Android and the Play Store is accessible there are tons of apps which can be installed at the user's discretion, but it comes pre-loaded with Netflix, YouTube, HBO, Spotify, and Amazon Prime Video to get you started. Battery life on the Capsule is rated for about 2.5 hours of playback for video so users will need to plug it in if they plan to watch more than 2.5 hours of video content in one sitting. The good news is that it also supports Qualcomm QuickCharge and can be charged up to full from a dead battery in an hour and a half if needed. Music playback on the other hand is rated for a much longer period as Anker says it can last for up to 40 hours on a single charge for streaming music. In addition to the built-in Bluetooth connectivity, the Nebula Capsule also supports HDMI out, as well as Chromecast, Miracast, or Airplay. The device will be running on Android 7.0 Nougat and will come in two different colors, Black and Red, and is available on Indiegogo at an Early Bird price of $199.