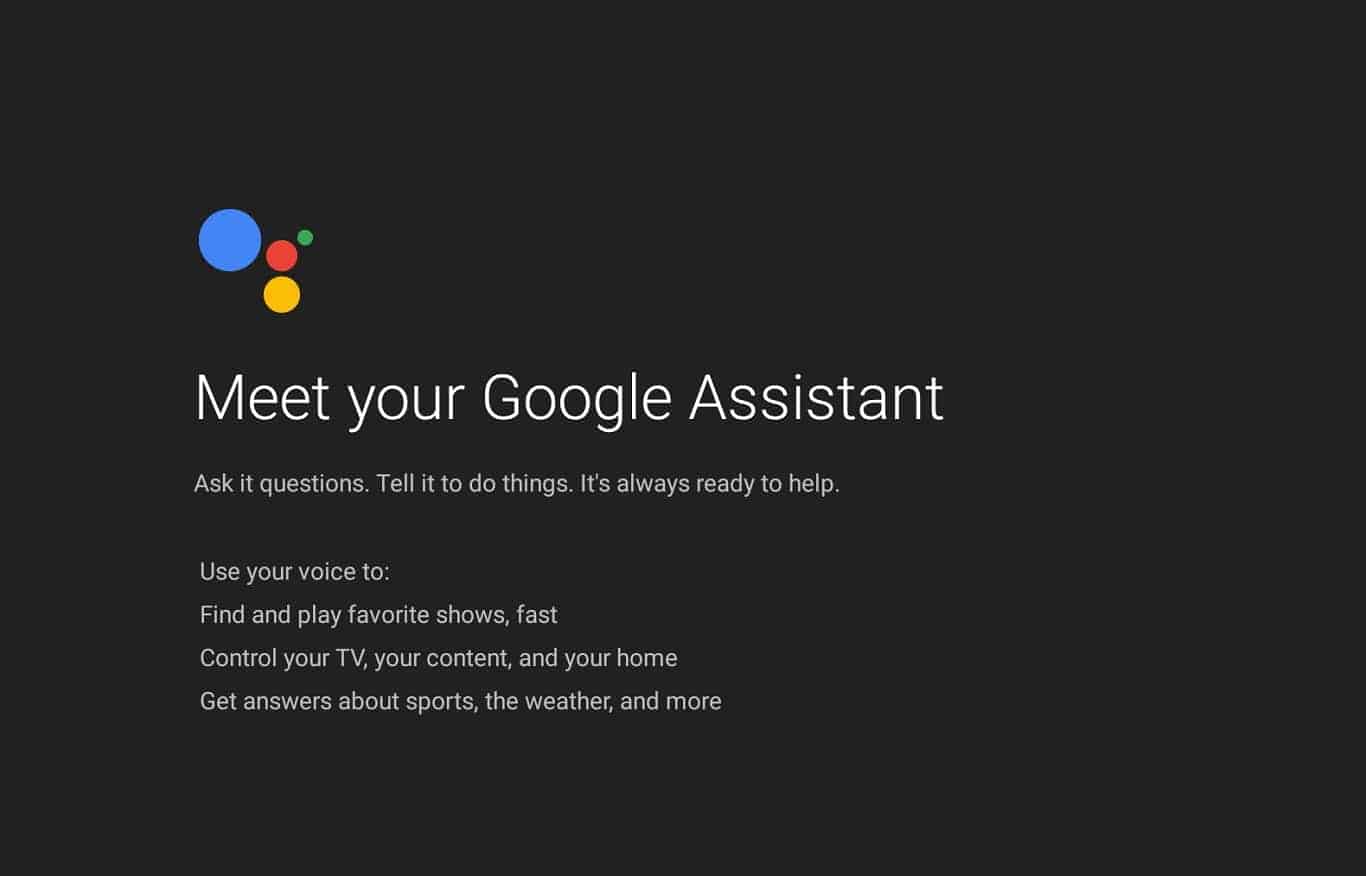 So this week (Thursday) it finally happened, Google Assistant arrived on Android TV. Well, sort of. It did not exactly arrive on Android TV but instead arrived on one particular Android TV device, the NVIDIA SHIELD. However, it did arrive simultaneously on both the original and the 2017 version of the SHIELD so owners of either device should expect an update to arrive in due course, although chances are good it already has.

Owners of non-SHIELD Android TV devices unfortunately will have to wait a little longer and at present no one is quite sure how long. The original announcement from Google did make it clear that Assistant will come to more devices in due course although it did not provide any specifics on this, with the exception of stating that Sony Bravia TVs will gain their update with Google Assistant "in the coming months." In either case it has finally started arriving now and after what has been a lengthy wait since Google Assistant was first announced for Android TV back in January of this year – during CES. Now that it is here and having taken the best part of 8-9 months to arrive, what's it like. 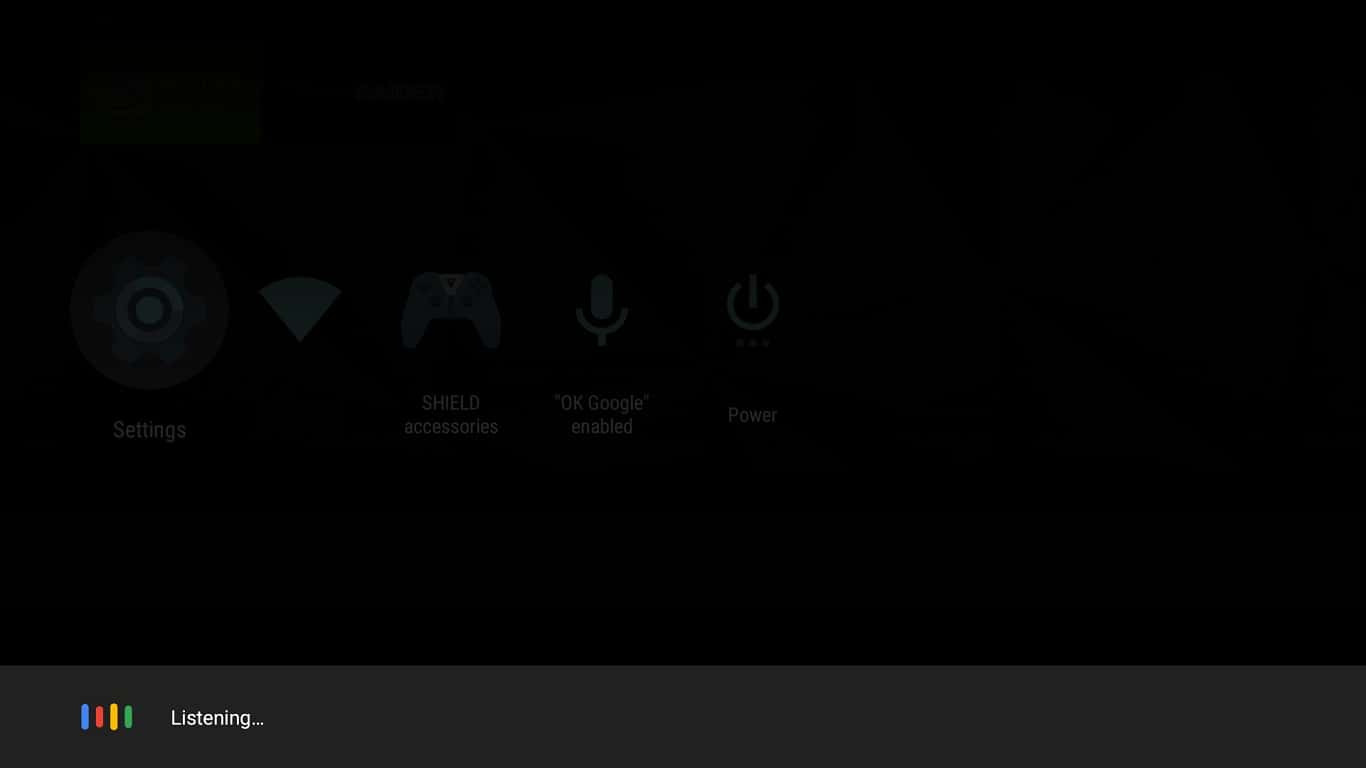 This is difficult to sum up really as Google Assistant (on any device) is only as good as it is useful to the needs of the individual. For example, where Google Assistant can really shine (and especially on the SHIELD) is when you have a full and integrated home setup that the Google Assistant can connect to and control. So for those that have multiple smart home aspects, or make use of SmartThings, then this will be a nice addition. For those who really only have the SHIELD, then what Google Assistant offers is a lot more limited and especially at the moment. With the feature having just become available, it still seems as though it has yet to reach its full potential. As some of the features are not quite working as well as they could, or as well as had been presented in official promotional materials prior to this week's launch. An example of this is Google Assistant is incapable of searching the web so if you ask it to "search for images of…" then it will come back with an "I can't do that yet" type of response. 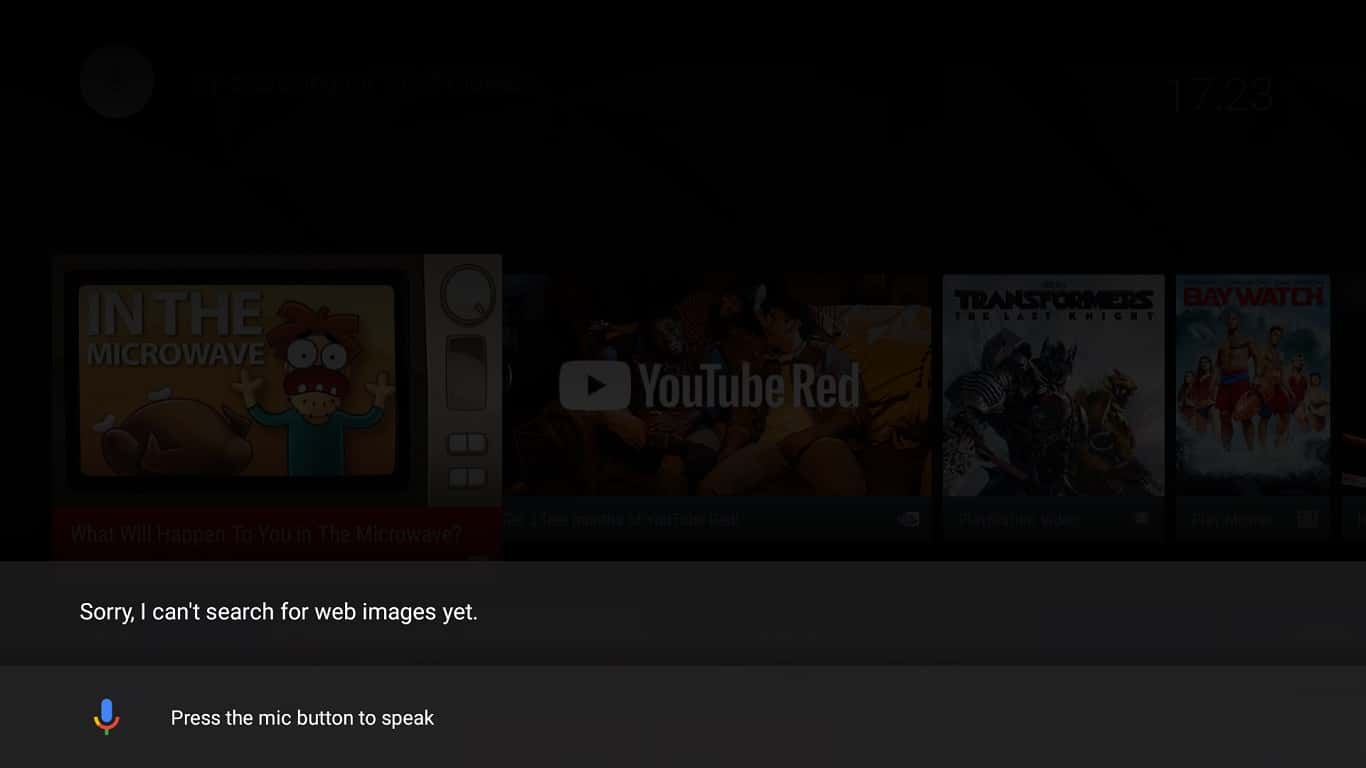 The same goes for other actions which instead of doing what you want it to do, Assistant returns YouTube video links related to what you asked. Which is largely what the Assistant seems to do in general, fetch YouTube links. If you ask it to do something that it does not really understand or cannot do as of yet, you will most likely just be presented with a bunch of YouTube links instead relating to the key word or phrase used. What it can do though is control very basic elements of the system. So once content is playing Google Assistant can play, pause, stop content, as well as adjust the volume and even close and open apps when asked. Assistant can also provide you with answers to basic questions like "what's the weather like" and tell you a joke if you ask it to. 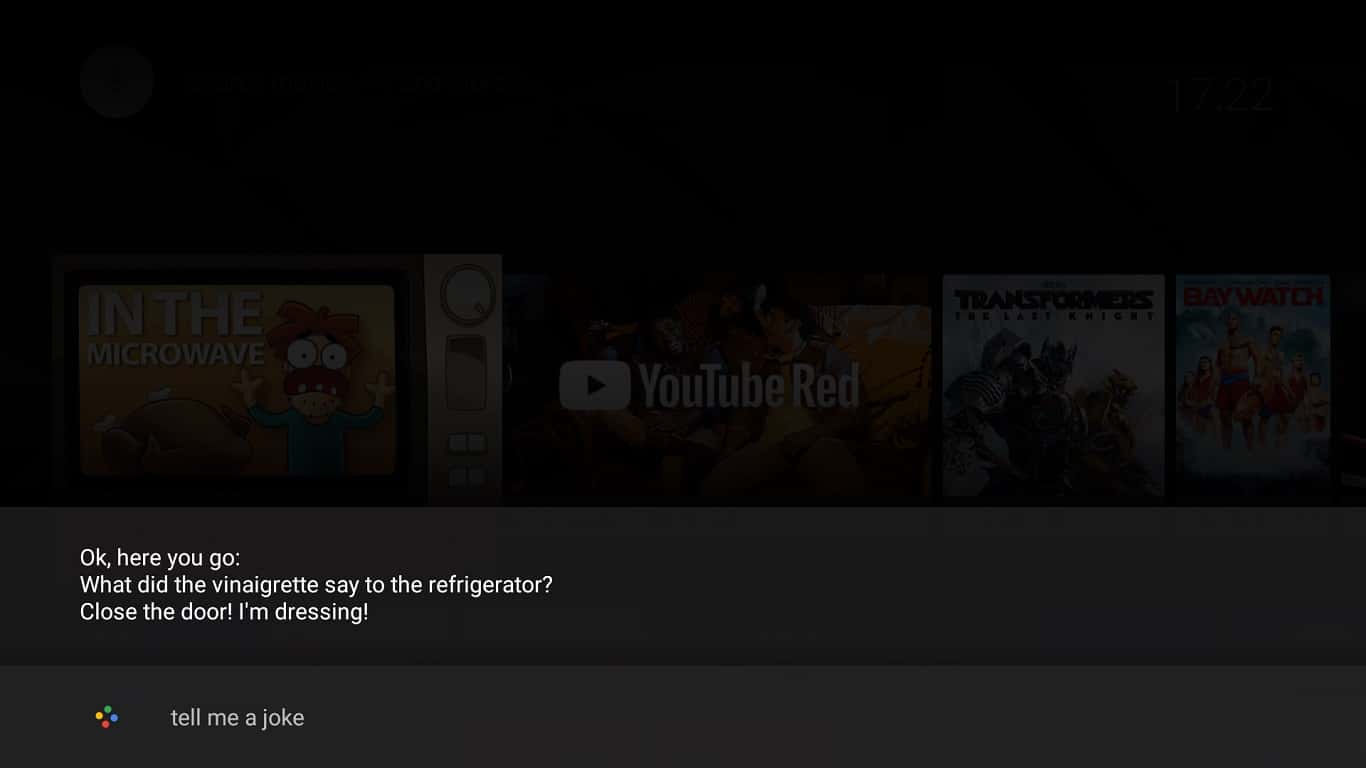 One of the clever things about the Assistant is its contextual awareness. And again, although not 100% effective, it can understand commands or questions related to recent commands or questions. A good example of this is that you can ask the Assistant "show me cat videos" which it will do by bringing up a list of YouTube videos featuring cats. At which point you can then say "play the third one" and it will understand the command and play the third video in the list. Which highlights one of the greatest strengths (and current weakness) of the Google Assistant on Android TV, it's app integration. On the face of it Google Assistant has the capability of working very tightly with all the apps on Android TV, although at present the list of supported apps is quite minimal. It is very clear that YouTube and Netflix at the leanback launcher level are very tightly integrated already and both will work well with questions and commands. Some other apps will work OK (such as HBO and Plex) although their integration is not quite as tight – meaning you can launch the apps from the leanback launcher using Google Assistant, but that's about it. Then there is the majority of apps that do not work very well with the Assistant at all from the leanback launcher. These apps will likely require integration at the app-make side so there is no guarantee that you will be able to use Assistant with a number of apps. Results for the VUDU app for example do not currently seem to show up at all when you perform searches using Assistant and even when you own the movie that you are searching for. Below shows a search for Carriers and this is a movie purchased and available through VUDU – which is even more concerning seeing the VUDU app is a default (system) SHIELD Android TV app, so this really should have been an app that supports the feature already. 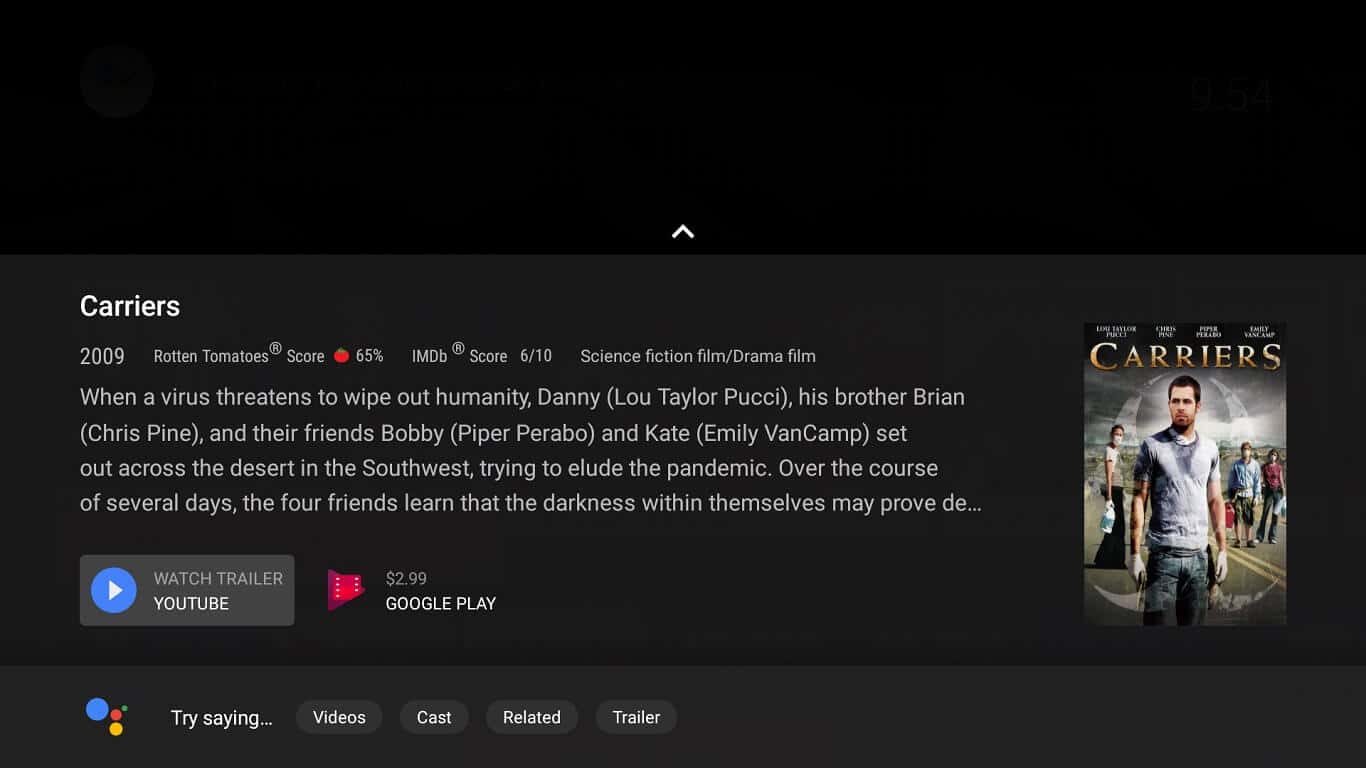 This also extends to the use of Google Assistant within apps as Assistant does not work great once you are actually in a third-party app and certainly not when it comes to contextual information. So asking Assistant who is in the movie you are watching will not work in most apps on Android TV at the moment. Likewise neither will searching in most apps using Google Assistant as it will not recognize that you are in an app. Using VUDU as another example, opening the app and then searching for a title using Assistant will result in Assistant opening the search results for the title as if the search has been done via the leanback launcher. It just does not recognize the app as open in this respect at all. Highlighting that Assistant is more designed for use when you are navigating the leanback launcher, although even then and even with Google's own apps (which you would expect to be very tightly integrated) there are issues. For example if you tell the Assistant to play music from your favorite artist, Assistant will more than likely show you YouTube links related to that artist, or launch a YouTube channel dedicated to the artist, instead of knowing to fire up Google Play Music and playing the content you asked for. 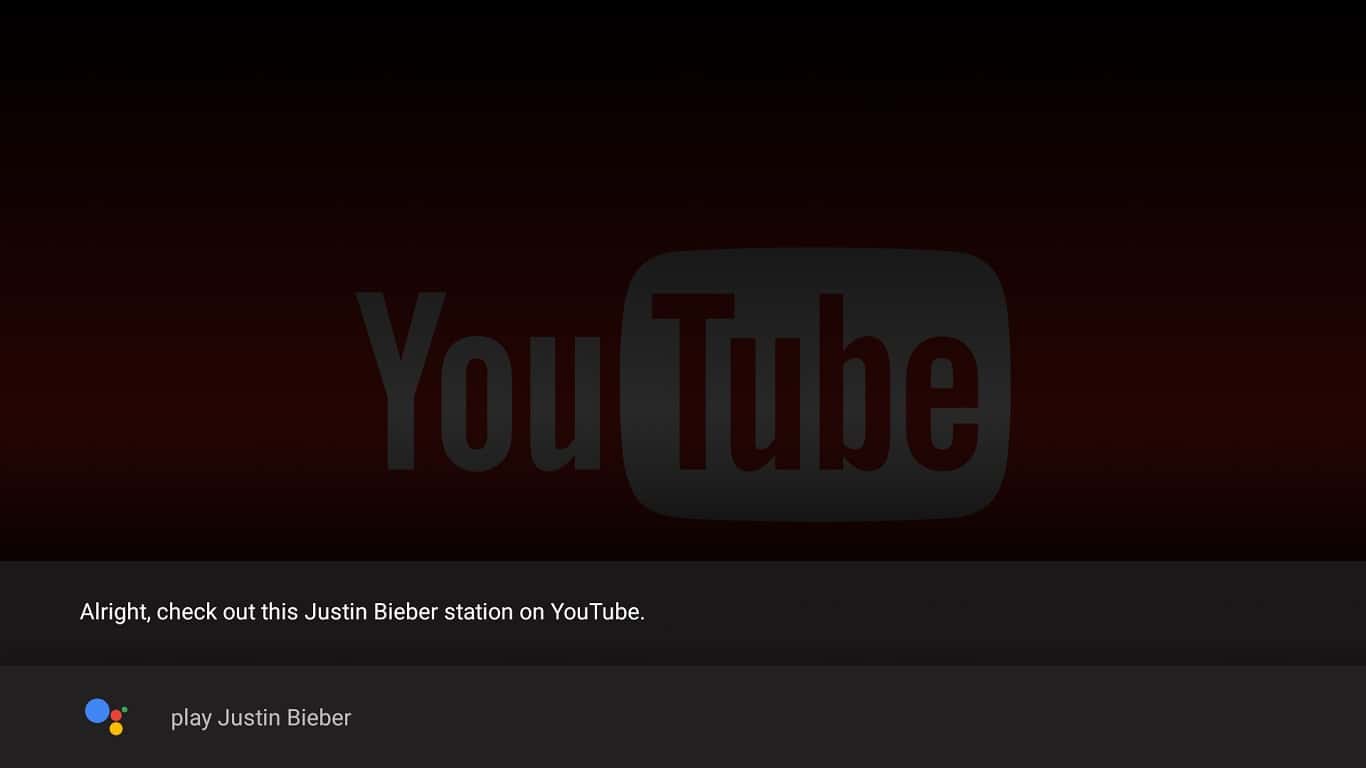 One way around this is to use very specific and long commands, such as "Play Justin Bieber through Google Play Music." Which although doable is not what happens on the mobile version of Assistant where the shortened command "play Justin Bieber" is understood leading to the Assistant prompting the user to choose which app they would like to play through. On Android TV, by default everything seems to play through YouTube. 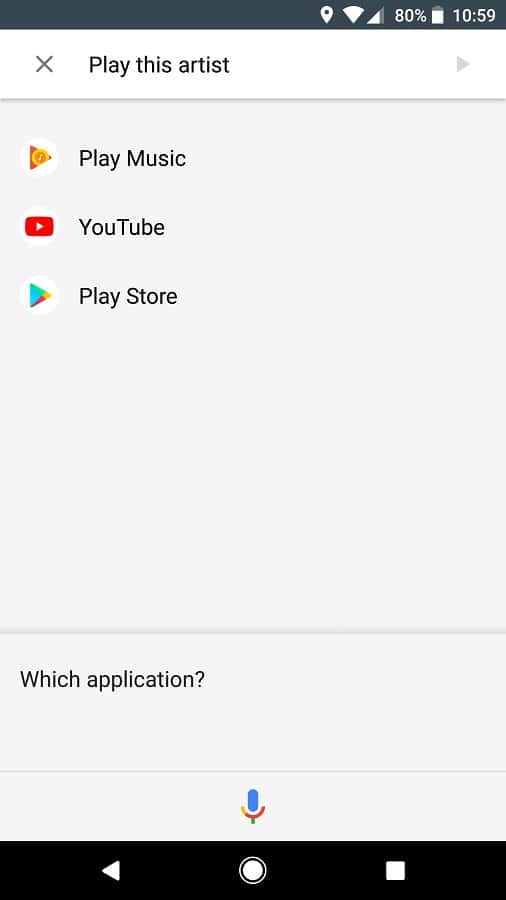 Overall the experience with the Google Assistant after day one is good, but not great. At present this is probably not quite as useful as a feature as most would hope it to be. Until the NVIDIA Spot comes out you still have to be in quite close proximity to the SHIELD Controller for it to hear you and even then it is not great at hearing. So much so that when you are that close to the Controller it is just easier to hit the mic button instead of using "OK Google." Which then leads you to holding the Controller while progressing through the various voice commands and contextual commands. Although fun is not quite as effective as just using the controller – not yet anyway.

Tip: Make sure the system language is set to US English otherwise you will find Google Assistant does not work properly.