The new version of the ZTE A2S comes with a white front panel and a metal Champagne Gold rear plate. The handset features a 5.2-inch LCD screen with a resolution of 1,920 by 1,080 pixels, a MediaTek MT6753 processor, 3GB of RAM, and 32GB of internal storage space, with microSD support for up to 128GB of additional storage. The smartphone comes with a hybrid SIM tray, which means that one slot can serve either as a SIM slot or a microSD card slot. Other specs of the ZTE Blade A2S include a 13-megapixel rear camera, 5-megapixel selfie cam, and a 2,540mAh battery.

The ZTE Blade A2S further comes with a rear-mounted fingerprint scanner for extra security. Based on the spec sheet, the new Blade A2S borrows some specifications from its predecessor but also brings some notable upgrades. For instance, the 5.2-inch full HD display of the Blade A2S is a significant step forward from the 5-inch HD (720p) screen of the ZTE Blade A2. Its predecessor also came with only 2GB of RAM and 16GB of storage, so the new model is arguably more capable across the board. Shared specs, meanwhile, include the front and rear cameras, as well as the battery. As the specs and price tag indicate, the ZTE Blade A2S is designed to be a value-oriented offering. The Chinese tech giant also released the Blade A2 Plus earlier this year, but that model is larger, more powerful and comes with a higher price tag. 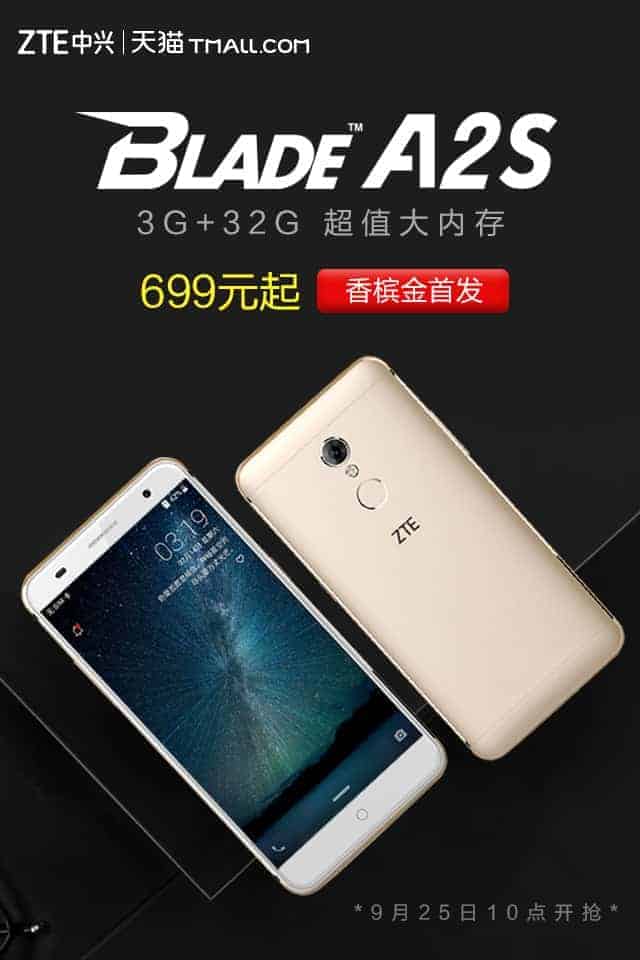