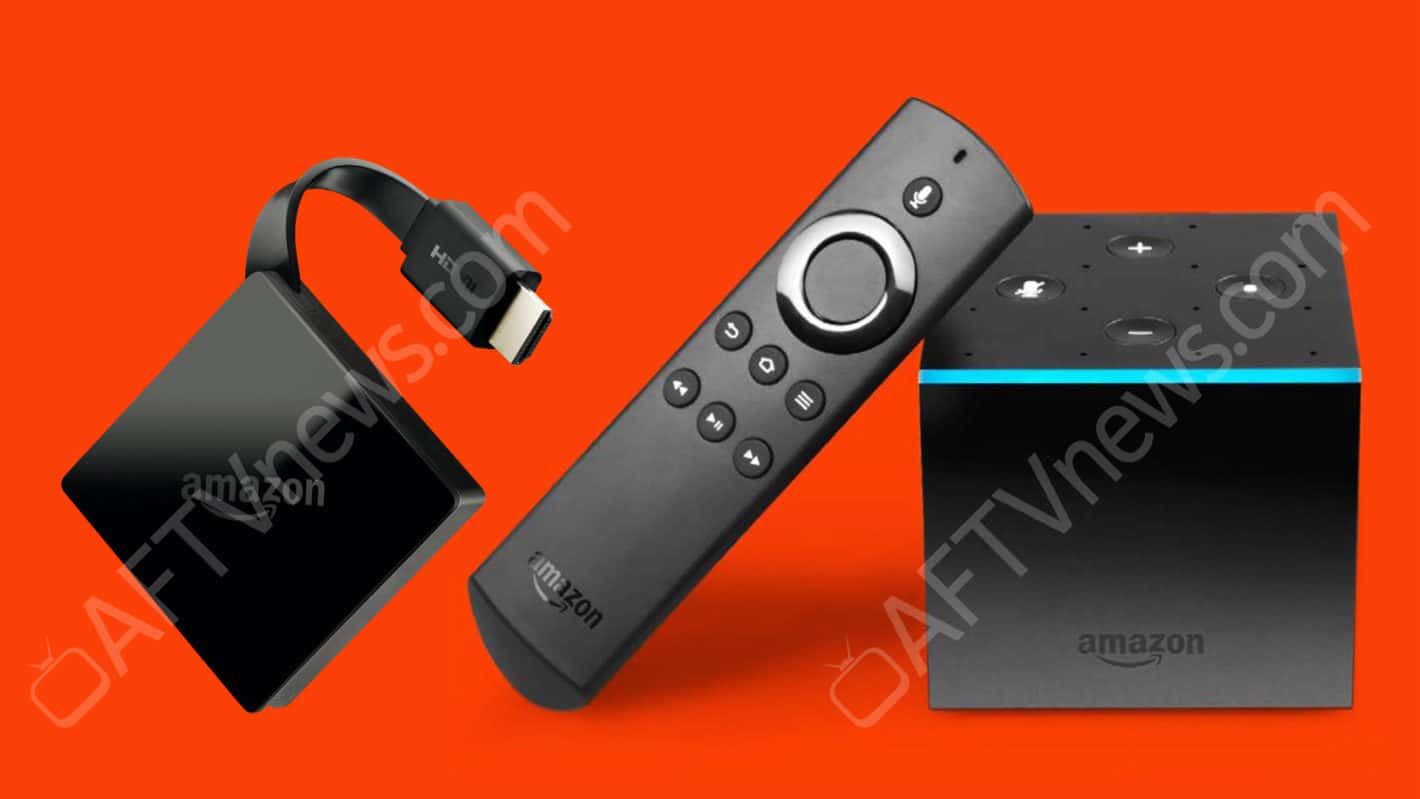 Amazon's upcoming Fire TV and Fire TV Stick got a redesign according to a new report from AFTVnews showcasing what the two new devices will look like once Amazon launches them. It's currently unknown when Amazon plans to launch its refreshed Fire TV devices, but interestingly enough the new Fire TV Stick looks to have taken some inspiration from Google's 2nd Gen. Chromecast, as it sports a similarly-styled HDMI plug that dangles at the end of cord instead of being one solid unit. Amazon's device is a different shape though as it's square and resembles a smaller Amazon Fire TV box, whereas the 2nd Gen. Chromecast is round.

The new Fire TV box on the other hand is less of a square-shaped box and is now more of a cube, with all of its controls on top including a button for muting the mic, buttons for adjusting volume, and the physical button to trigger Alexa instead of activating it with your voice, though voice control will still be an option. It also looks like Amazon has given the new Fire TV the familiar blue light bar that can be seen on some of Amazon's other Alexa-powered products, though this isn't the first series of Fire TV devices to support Alexa.

Both the new Fire TV Stick shown here and the new Fire TV will support 4K video and HDR, and the new Fire TV box will also have far-field microphones to make it easier to issue commands and speak to it from across the room. It's reportedly powered by a quad-core CPU and comes with 2GB of RAM and 8GB of internal storage space, and is said to be Amazon's flagship model Fire TV for the year. There is no exact date for release on either of these new devices, but it's suggested that Amazon will launch the new Fire TV Stick in October after revealing it sometime this month, and may end up launching the new Fire TV box this year but it could be delayed. Both new units will also come with remotes, and although there is no price point on either of them yet the cost should be similar to the already existing models, though because they both support HDR and 4K content consumers should expect them to each be a little bit more than what is already on offer from Amazon in the current generation.