Amazon has picked up the rights to stream a number of Thursday Night games for the NFL this year, and its coverage starts tonight, September 28th. It kicks off with the Chicago Bears taking on the Green Bay Packers in Green Bay, which is a place where the Packers hardly ever lose. So it’s sure to be a pretty interesting game from Lambeau Field. The streaming of Thursday Night games works pretty similar to how Twitter did it last year, unfortunately Amazon is the only one on the web streaming it this year. But if you aren’t a cord cutter, you can still catch the games on either CBS or NFL Network, or both (like tonight’s game is streaming on both channels).

This year, there are some pretty big matchups happening on Thursday nights, including the Broncos vs Colts, Patriots vs Buccaneers and a few others. Now with Thanksgiving being on a Thursday like it always is, this doesn’t mean Amazon gets all of the Thanksgiving games exclusively. There will be one on FOX, one on CBS and then the prime time game will be on Amazon as well as the NFL Network. So those that enjoy watching Thanksgiving football won’t have to worry about seeing all of them on Amazon Prime Video.

In order to watch the NFL on Amazon Prime Video, you will need to have an Amazon Prime account. This will cost you $99/year or $79/year if you’re a student. Of course you can sign up for a free 30-day trial (it’s 6 months for students) and watch tonight’s game for free. Of course, there are a ton of other features that go along with Amazon Prime, and the most popular is free unlimited two-day shipping, as well as access to a ton of video through Amazon Prime Video and much more. Amazon is getting in with the NFL for Amazon Prime Video to help differentiate its product from Netflix, Hulu and the other competitors out there. But also because Amaozn knows how its customers love live sports, and the NFL is the most popular live sport around right now.

Advertisement
Get a Free Trial of Amazon Prime 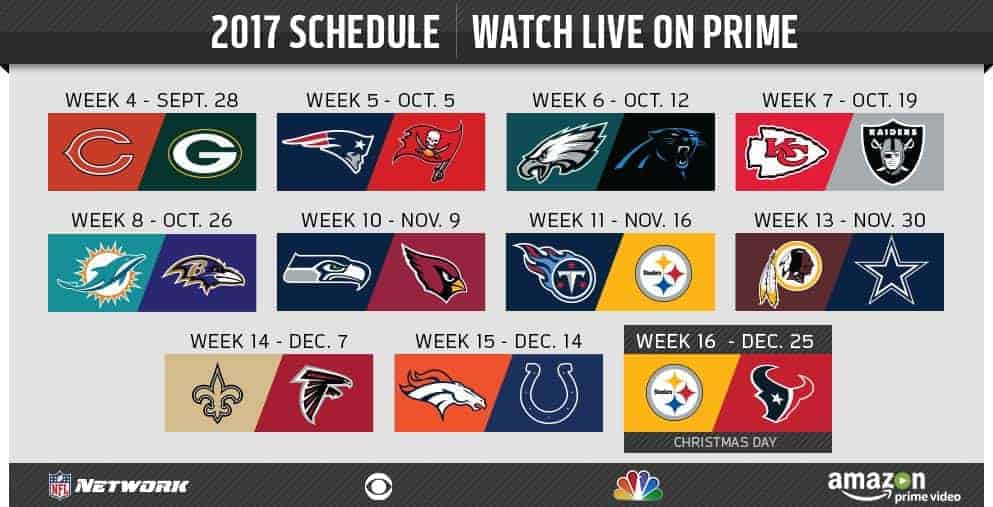