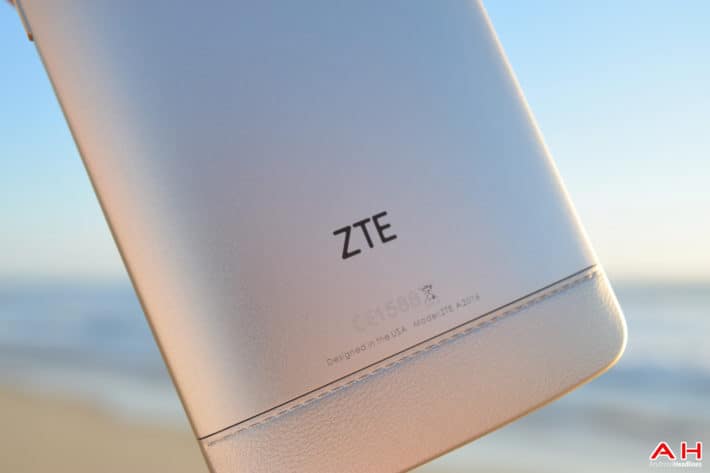 A new handset from Chinese OEM, ZTE, has just had its specs spilled over at GFXBench. The device is named the ZTE Z982 on the sheet, but an official name should be released soon. Looking at the screen size, it may be another iteration in ZTE's "Max" line of phones. This line has become popular among average users, bringing a large screen with a fingerprint scanner to the mid-range market. The Z982 will also be an entry-level phone, and it looks like it will bring a big screen with the latest version of Android along with it.

The ZTE Z982 will have a sizable 6-inch display with a resolution of 1920 x 1080 pixels. Regardless of its resolution, a screen this big is more than adequate for media consumption and day to day activities. It's running on the octa-core Qualcomm Snapdragon 430 SoC accompanied by the Adreno 505 GPU. Another feature that puts the Z982 in the entry-level range of smartphone is its RAM count, this phone comes with 'only' 2GB of RAM. As for the camera, ZTE isn't going to be including a dual camera setup with this phone. The rear shooter will be a 16-megapixel sensor that's good for recording up to 4K, and this camera will be accompanied by an LED flash. An 8-megapixel sensor will be included on the front side of this phone, while battery info was not provided by GFXBench, but it should hopefully be large enough to accommodate such a large display. Other information points to this phone having most of the basic features of the average smartphone, with the exception of NFC.

The ZTE Z982 will be a phone that will get the job done. It's main feature is going to be that large 6-inch display. The phablet market is huge, so ZTE was right to include a large panel with this phone. Android 7.1.1 Nougat is also a part of this package, while ZTE's custom UI comes pre-installed on the device. If it's another entry in the Max line, then the Z982 will most likely have a fingerprint scanner, at least based on what ZTE did in the past. 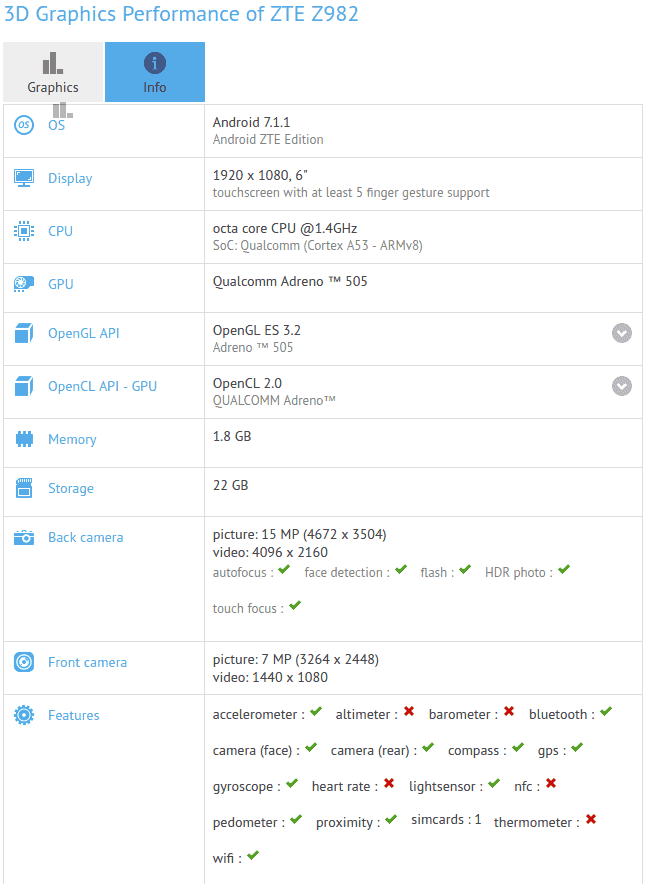