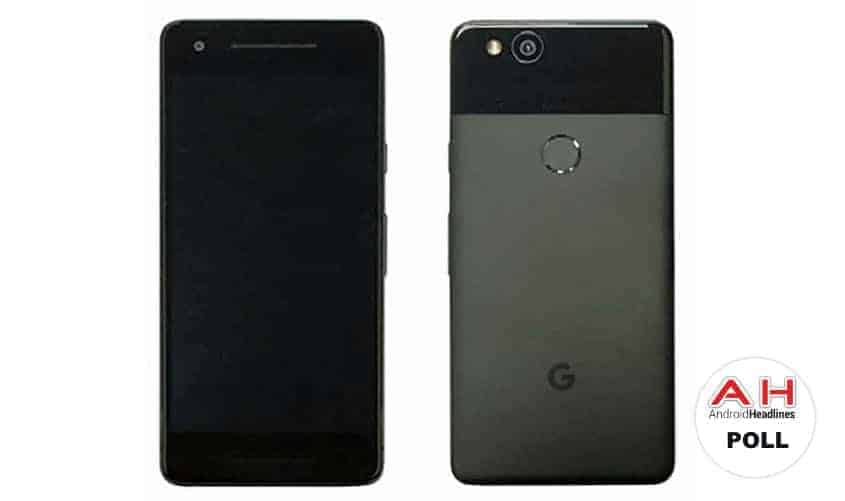 The recent leak (which still can't be confirmed but is likely to be the actual design) pointing to larger bezels might be a bit of a shock, but it might also make sense if you consider the rumor that the Pixel 2 was to come with a normal screen aspect ratio instead of the 18:9 aspect ratio that the Pixel XL 2 is rumored to have. The bezels are still likely to be rather slim on the left and right sides, but it now seem the top and bottom will be thicker, which for some will be a disappointment.

Just about every other detail seems to be the same though. The smaller portion of glass on the back for the two-toned look, the fingerprint sensor sitting outside of this glass section, and the larger camera sensor are all present in this recent Pixel 2 render leak, so the bezels seem to be one of the only other things besides the size of the display that is different. This time around the Pixel 2 looks to have front-facing speakers as there appears to be one speaker strewn across the bottom bezel, which would be an improvement over the design of the original Pixel as the speaker was easy to cover up when holding the phone in landscape mode thanks to its placement next to the charging port. While the design may not be everyone's favorite, the device is at least expected to be powerful, so even if you aren't one hundred percent happy with how it looks, you can have the smaller display (if you prefer them) with top-notch specs.