Acer's Mixed Reality headset is finally here, albeit in pre-order status, and here's what you need to know about the device and what it's capable of if you're planning on venturing into the world of VR and beyond. While there is already a fair number of VR headsets on the market for PC, consoles, and mobile platforms, Acer's Mixed Reality headset is different from the rest specifically for the reason that it's not just virtual reality. It's also equipped to handle and deliver Augmented Reality experiences as well as the Mixed Reality, which makes this a completely unique offering from anything else out there at the moment, though there is certainly going to be more Mixed Reality hardware in the future, and HP is also already offering its own mixed reality headset in pre-order status as well as it was one of Microsoft's partners.

Because the headset is based on Mixed Reality technology, it should provide users with a well-rounded library of content that can be enjoyed across all forms of the above-mentioned technologies, and this is a good thing as it will allow for even more development across all of them as well. When it comes to VR, AR, and MR, content is king, just like with any other form of digital content, and having the Acer Mixed Reality headset available for developers will be able to give a big boost to the types of content that will be available more so than if the headset was only focused on one or the other. Now, the first important thing to note is that the currently available version of the Mixed Reality headset from Acer that has hit the Windows store is for developers only, but for the most part the details will be the same for consumers once the consumer version is available as well. That being said there are always some things that could be subject to change, such as the design, even if only slightly, as well as the features.

Since this is a dev kit version of the hardware, much of what comes out of them will be progress towards expanding the available libraries of content once this goes into a full launch. The nice thing about this though is that it will give developers some time to actually build out their offerings and hopefully by the time a consumer version is ready, there will be plenty for users to actually dive into. Acer's Mixed Reality headset features two liquid crystal displays each with a resolution of 1440 x 1440, so pictures of anything you immerse yourself into should be crisp, sharp, and high-quality. To use the headset you'll need to have at least a GTX 980 GPU from NVIDIA if you want to meet the recommended hardware requirements, and for this version of the headset you will need to be on the Windows 10 creator's update with developer mode enabled. 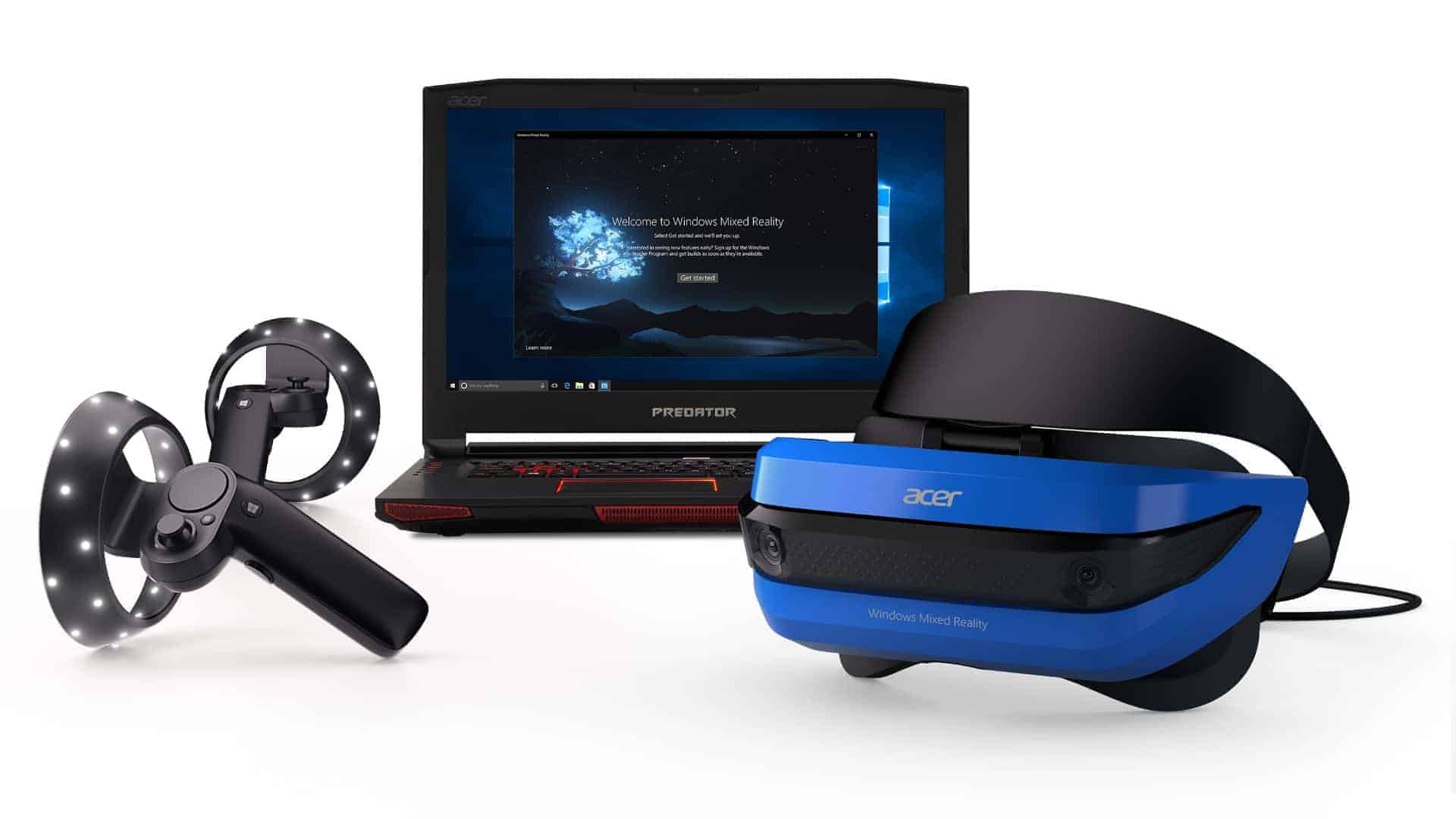 As for what the content will be like once things are in full effect, it's a little fluid right now as the dev kits are just now being made available to pre-order for developers, so there isn't a way for consumers to really sit down and dive into something like they could with the HTC Vive or Oculus Rift. That said, it isn't hard to imagine what experiences will be like. Microsoft has already demoed what to expect with the Acer Mixed Reality headset – think similar to HoloLens but not as fancy, and with the ability to move between a holographic/augmented reality space into a virtual reality space at your leisure. Another good way to think about what the mixed reality world will look like, at least from the AR side of things is just to take a look at what's possible the Tango-compatible smartphones like the ASUS ZenFone AR. Through augmented reality apps with the Acer Mixed Reality headset, users would be able to, for example, put on the headset and browse through a list of furniture they might want in their home, then pull it into the real world and view it at scale to see how it actually blends in with the rest of the decor. Once done, they could move over into something virtual, like a game, and begin playing using Microsoft's advanced motion controllers for gameplay control.

The Acer headset has a 95-degree field of view so it'll be a bit lower than what you'd get with something like the HTC Vive, which sits at 110-degrees, which will no doubt play a part in how good VR experiences look compared to the Vive and other headsets with a similar field of view, but then again the Acer Mixed Reality headset is only going to cost $299, whereas the Vive costs about $799 in most cases, so there are bound to be some differences. One nice thing about the Acer headset though is that all the tracking is done within the headset, whereas with the Vive tracking is done with external ancillary sensors. Tracking is handled by the two IR cameras that sit on the outside of the headset on each side of the device, so when you get too close to a wall, these cameras are able to track it and let you know. Of course this is something that's only going to be necessary to have when immersed in VR and not AR or MR. 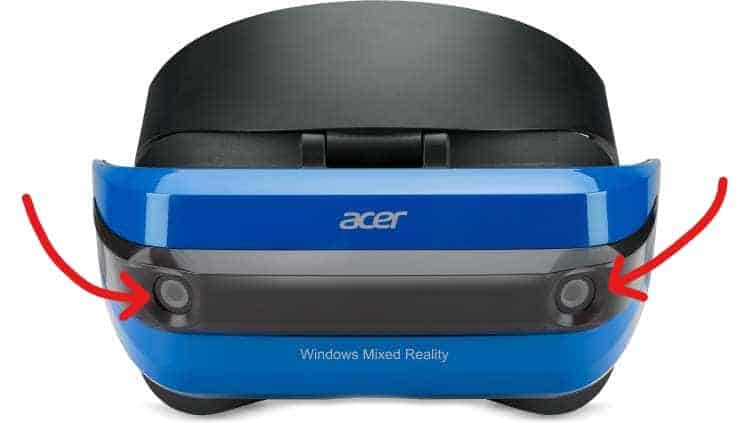 Because of these sensors and the rest of the technology for the headset, and the fact that it's built for Windows 10, means that users will be able to access their regular Windows 10 desktop just as if they were using the computer normally, but this time in a mixed reality setting and providing users with a huge virtual screen. Because you'll be able to use this like a normal desktop with the mouse, there is room for plenty of possibilities. Down the road it's not entirely impossible to think that there could be mixed reality versions of games that you already play in Windows 10 normally, which could prove to be pretty interesting. This headset will also eventually support Microsoft's most recently announced Xbox Console, the Xbox One X, though support for that isn't due to hit the console until next year at some point. While the content and the platform itself that this headset will run on is still in the development stages, being able to move between different types of technology and between the Windows 10 PC and Xbox console will potentially give this headset an edge over other competing hardware. Obviously there is still a lot to develop and things could change by the time these hit the market for consumers, but the Acer Mixed Reality headset definitely has lots of potential.