When it comes to mobile VR, Gear VR and Daydream are currently the two best options. The support for compatible phones that work with each headset is steadily growing and so is the content, and each device comes with a controller now and is comparatively priced, though Gear VR is arguably the better headset even though it does cost $30 more, and Chromecast support is the reason. Samsung’s mobile VR headset currently supports Chromecast streaming and has had it since the end of May, with Samsung launching the update that contained this new feature about a week and a half or so after Google announced that Daydream would be getting Chromecast support later in 2017.

So despite being Google’s own streaming technology, Google’s own VR headset still doesn’t support the ability to cast the VR experience of one user to a TV so others can view what’s happening, yet Samsung’s headset does. This might not be an issue for some users, especially if they tend to shy away from sharing the virtual reality experience with friends and family, but the ability to cast if they want to makes a strong case for the Gear VR to stay ahead of Daydream as the feature allows for others to watch and join in on the fun in a way, even if they’re only viewing the experience of another. It’s a way for the VR experience to be social when there is only one headset around, and it’s something that Daydream probably should have had first.

Perhaps the silver lining is that the support for Daydream should be coming at some point later this year, which was Google’s answer when it announced the feature was coming at Google I/O. That said, later this year cold still mean at the very end of the year, though it is also just as likely that the support will launch after Google’s upcoming Fall event in October where Google is expected to show off the new Pixel devices.

Now, even with no Chromecast support, sharing VR experiences is still entirely possible with Daydream, you simply have to pass the headset and controller around and let others immerse themselves in what there is on offer, but this is still a more cumbersome way of doing things than letting people view what’s happening through streaming, especially if all they care to do is watch and not participate. Once the option does show up though, getting it going should end up being pretty simple as all it will require is a quick click to bring up the quick shortcut options, where a Chromecast button should be visible, and clicking on that will start the streaming process. 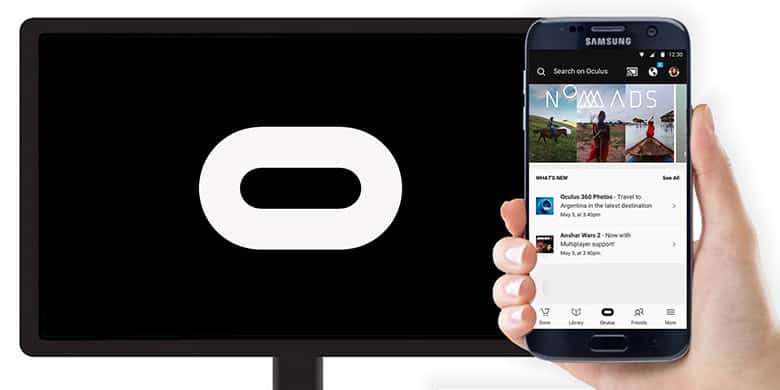 Things aren’t much different for those with a Gear VR. Inside the the Oculus app for Gear VR there will now be a Chromecast button and tapping that will allow the streaming just like with any other app that supports Chromecast, so the process is pretty straightforward and easy to initiate. All that aside, it would benefit Google and the Daydream platform to add Chromecast support sooner than later as it would allow for a way to share content with other users, and even though the Gear VR platform has more content than the Daydream platform, this one single feature would probably do a lot to get more people interested, as it would allow people to showcase what you could do with it more easily to those who may not have had the change to experience it. For those with a Daydream View headset, hopefully Chromecast support will be added sooner rather than later.