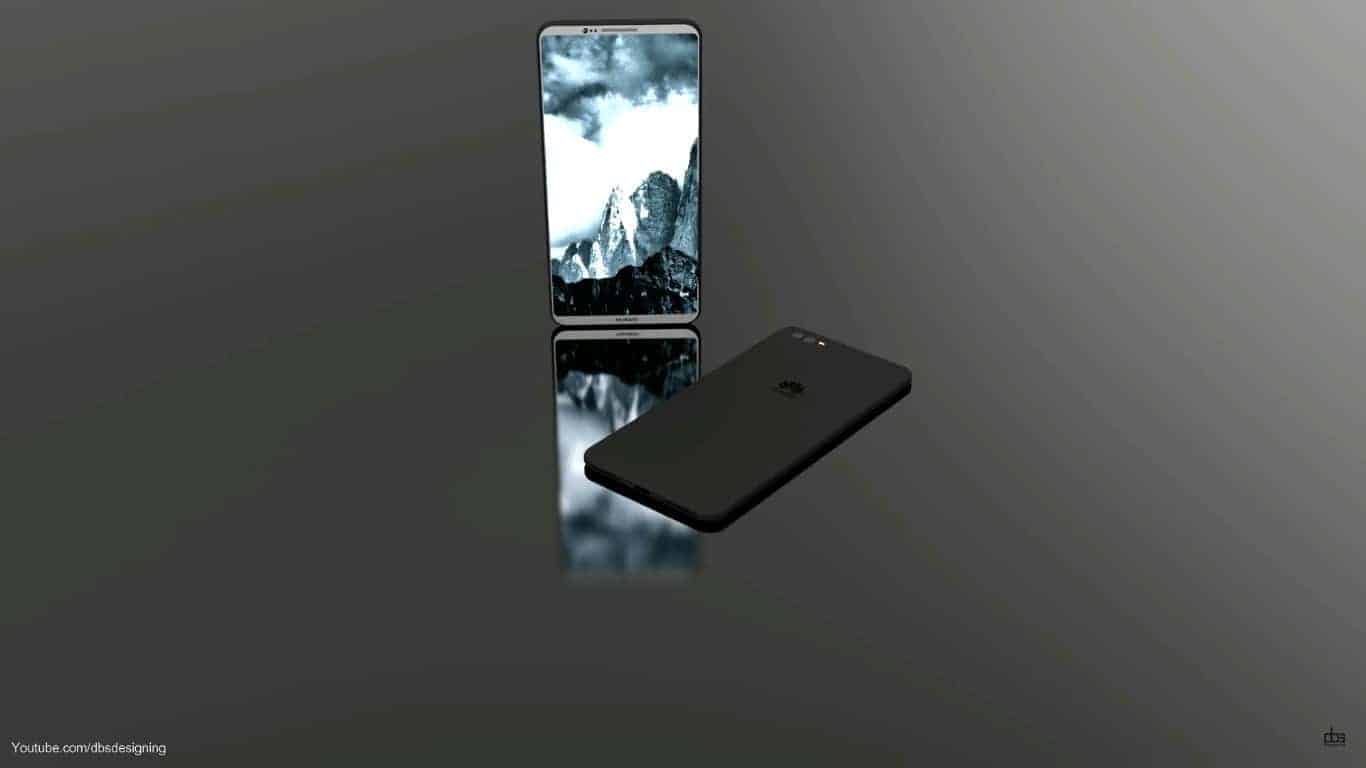 Huawei will introduce the Mate 10 flagship phablet in a couple of months, and interestingly enough, the Huawei P11 concept video has just surfaced. This video comes from a YouTube channel called ‘DBS DESIGNING’, and it shows off a really nice-looking P11 concept. This phone comes with extremely thin bezels, and a dual camera setup on the back. Huawei’s logo is placed below its display and on the phone’s back side, while all of the device’s physical keys are placed on the right. This device kind of looks like an extreme version of the LG G6, it has some similarity with LG’s flagship.

Now, the designer envisioned this phone as being water resistant, and the phone’s body is made out of titanium. In addition to all that, the phone’s fingerprint scanner is placed under the display, which is a technology that is expected to start making rounds in smartphones starting next year, at least if latest reports are to be believed. Now, this imaginary smartphone sports a QHD+ display, and has an 18:9 aspect ratio, while it also supports Google’s Daydream platform. Android 8.0 Oreo comes pre-installed on the phone, and the device also offers 8GB of RAM, along with 128GB of native storage. The unknown deca-core processor is in charge of fueling the device, and a 3,500mAh battery is included as well, while it supports fast charging. A Type-C USB port is located on the bottom of the phone, and there are two 24-megapixel cameras on the back of the device. Now, on the front side of this smartphone, you will find a 13-megapixel snapper.

The Huawei P11 probably won’t launch until the first quarter of next year, so we still have plenty of time to see rumors and leaks regarding this smartphone, and even though chances are that it won’t resemble this concept all that much, it’s still nice to see such designs making the rounds. Huawei still hasn’t announced an official release date for the Huawei Mate 10, but the device is expected to land in October or November, though the company will probably announce a new device (at least one) during this year’s IFA in Berlin, along with the company’s AI chip which got teased recently.