OnePlus has teased a new color option for its OnePlus 5 flagship as the Shenzhen, China-based smartphone manufacturer is apparently preparing to launch the upcoming variant soon. The teaser was shared via OnePlus’s Facebook page, which contains a link to a landing page on Amazon India for the new variant of OnePlus 5. Now, it was discovered in the source code of the landing page that the new color option of the OnePlus 5 is likely to be gold. The news comes quite unsurprisingly, though, as it was previously reported that a third color option surfaced on the TENAA listing, which suggested a Mint Gold color variant for the OnePlus 5.

The OnePlus 5 is currently available in two color variants, namely the Slate Gray and Midnight Black models, which ship with 6GB and 8GB of RAM, respectively. It remains to be seen what variant of memory the Gold color will feature, as the teaser naturally lacks details about the upcoming variant of the OnePlus 5. Last month, a broader selection of color variants for the phone was leaked online, revealing five potential OnePlus 5 color options such as black, red, blue, green, and purple, all with a matte finish. The color variants surfaced through a render, though the Chinese manufacturer neither confirmed nor denied the leak. Also, the company posted a graphic on its Twitter account last May, showing the possible color options for the OnePlus 5 and asking the public what color the phone should have. The company’s latest teaser seems to confirm that OnePlus is eager to expand the choice of colors for consumers. An update on the upcoming color variant for the device should emerge shortly.

Announced in June of this year, the OnePlus 5 sports a 5.5-inch full HD AMOLED display with a 1920 x 1080 resolution. It is powered by Qualcomm’s Snapdragon 835 64-bit octa-core processor, along with the Adreno 540 GPU. The device also features a 3,300mAh non-removable battery, either 64GB or 128GB of non-expandable internal storage, and a dual-camera on the back with 20-megapixel and 16-megapixel camera sensors. OnePlus 5 runs Android 7.1.1 Nougat with an overlay of OnePlus’ OxygenOS skin. Other key features of the phone include a front-facing fingerprint scanner and metal build. 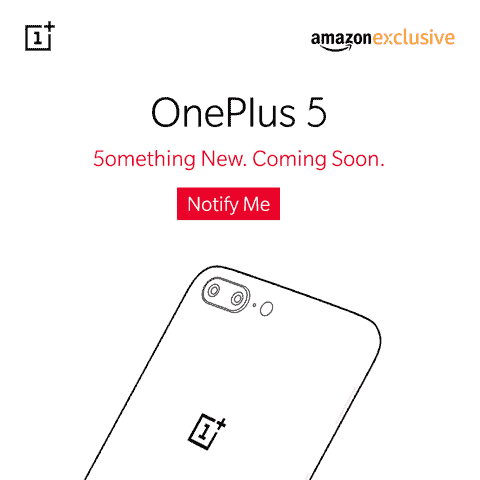