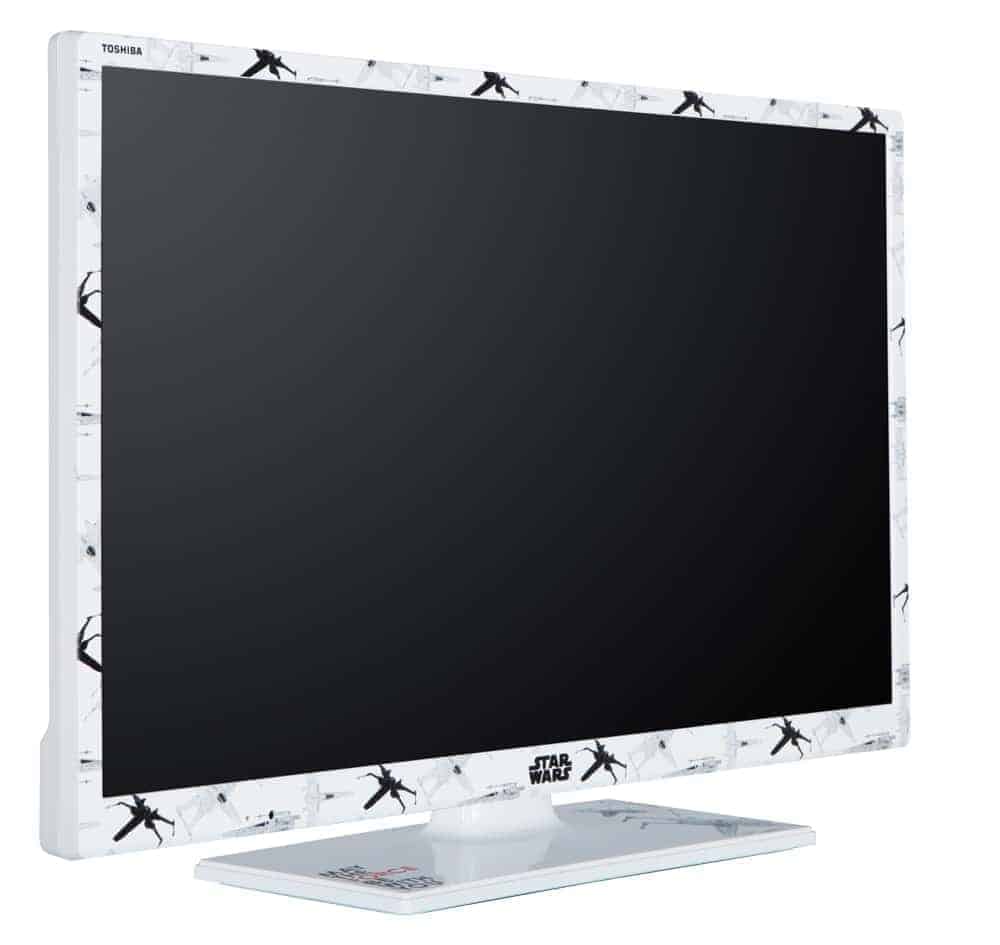 Toshiba has partnered with Disney to create a special Star Wars edition of its 24-inch TV. Now, Toshiba doesn’t give out a whole lot of specs in its press release here – like there’s no mention of resolution – but it does mention “HD content”, so it’s likely a 720p TV, unfortunately. There are X-wing starfighters around the bezel of the TV, making for a pretty interesting looking TV. According to Toshiba, it “sweeps viewers up in a rush of Star Wars excitement.”

Toshiba and Disney worked together to design this TV to evoke the true power of this legendary story, the TV stirs feelings of nostalgia as well as anticipation. Toshiba has also added a rather interesting animation whenever the TV is powered off. There’s a climactic scene from familiar Star Wars sights and sounds. This includes an appearance of a First Order stormtrooper to the accompanying the sound of a lightsaber. This TV brings Star Wars fans and enthusiasts together with a pretty great looking TV, and it’s definitely not one that you’ll see sitting at your friends house any time soon. Now this isn’t an Android TV, but it can connect your TV to your Android smartphone and do things like controlling the TV and such.

This is a Smart TV and there are two HDMI ports available, so you could plug in an Android TV set-top box, or even a PlayStation 4. So just because this is a Star Wars themed TV, doesn’t mean you are stuck watching only Star Wars on this TV. It does have a few apps built in, like the usual Netflix, Vudu, Hulu and others, allowing you to watch your favorite movies over WiFi. Of course, with it being a Smart TV, it does have WiFi compatibility, but it does not support 5GHz, unfortunately. Toshiba has also made this TV social, allowing users to go ahead and connect to their Twitter and Facebook accounts and post to those accounts – as well as browse through those streams – while you’re watching other content. Toshiba has not yet announced pricing nor availability for this TV yet, but it should be available this fall.