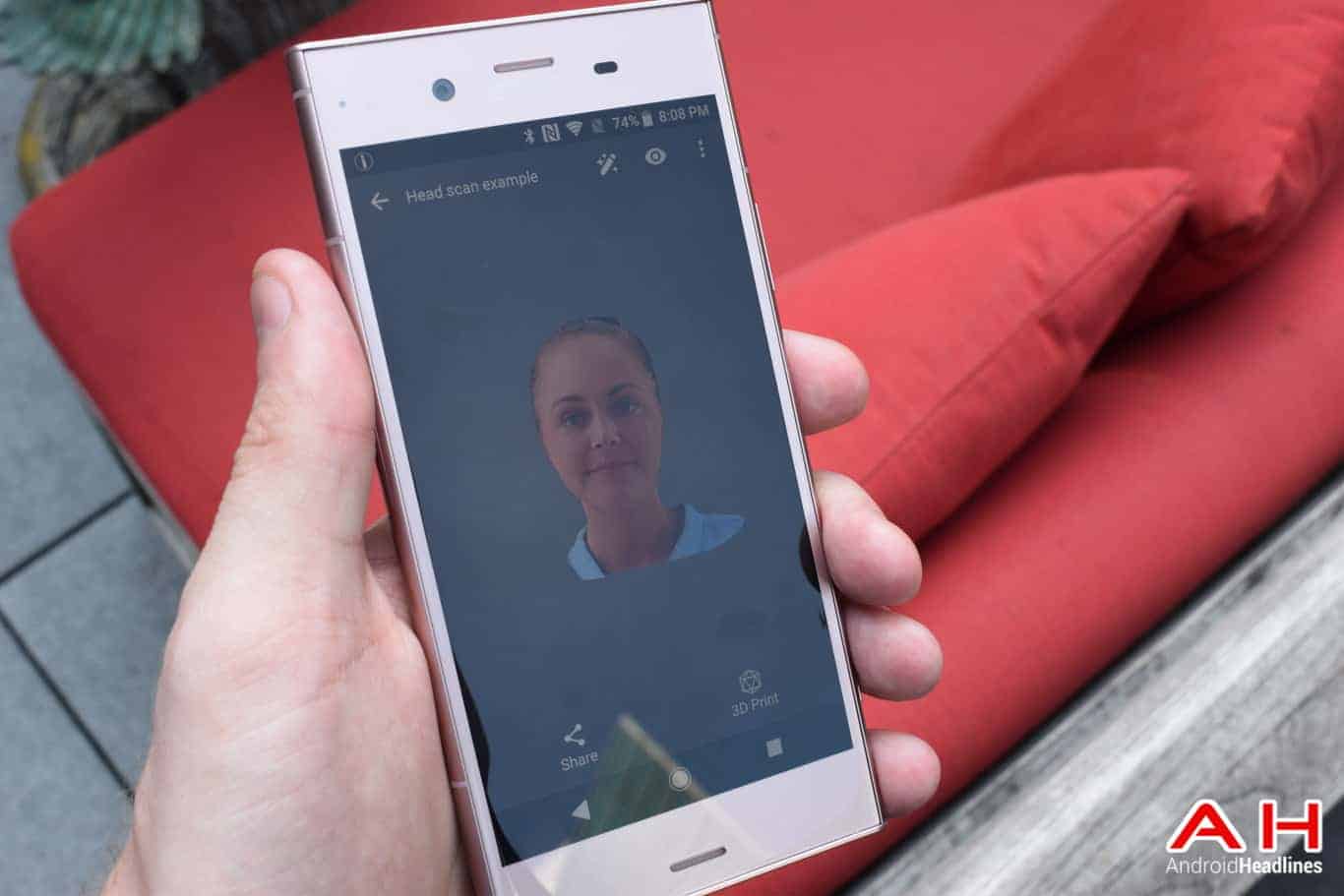 The Sony Xperia XZ1 and Xperia XZ1 Compact cameras offer 3D scanning, a feature that prior to these two devices wasn’t something you would find in a smartphone much less something of its size. This goes to show that Sony continues to strive for a unique camera experience for users that is also not available on other devices, potentially pulling in consumers with interest to choose one of these devices over one from another brand.

Beyond having a feature that no other smartphones will carry at the moment, the Xperia XZ1 and XperiaXZ1 Compact 3D scanning feature also works rather quickly so you won’t be waiting around all day for it to finish, as Sony boasts that the process from start to finish take about 60 seconds altogether. Granted, you will probably have to sit or stand still for that length of time, and that can feel or seem a lot longer than it actually is, but in the scheme of things it’s pretty quick. There are also four different scan modes to use which include the ability to scan your face and your head, or scan things like food, and the last mode is called FreeForm scan which basically scans whatever is in view.

In addition to the 3D scanning feature the camera will provide other useful features as well, such as a 10 second autoburst. The front-facing camera even has a selfie flash by way of the display, which should help spread light across the surface of the subject more efficiently than an actual LED flash on the front. The cameras between both phones are pretty much the same, but the Xperia XZ1 Compact does get a Super Wide-Angle Selfie Lens, whereas the Xperia XZ1 does not, so those who want a better selfie experience might be better off with the Compact version of the phone. Both phones are using the same image sensors for the back cameras which is the MotionEye 19-megapixel Sony Exmor RS memory stacked image sensor, with both being capable of capturing Super Slow-Motion video at 960 frames per second, as well as record at 4K resolution. For the front-facing camera the sensors are different as the Xperia XZ1 Compact features an 8-megapixel ExmorR for mobile sensor with an f2.4 aperture, while the Xperia XZ1 features a 13-megapixel Exmor RS for mobile image sensor with an f2.0 aperture.