Samsung, today, announced a slew of new products for its wearable category, which includes a new upgraded fitness tracker in the Gear Fit2 Pro, a fitness-focused smartwatch in the Gear Sport and then finally an upgraded version of its truly wireless headphones, the Gear IconX 2018. These are all targeting different users and different use-cases, and as is typical for Samsung, it’s making sure that it has something for everyone. Whether you are a hardcore fitness person, or just the occasional runner. The Gear Fit2 Pro is obviously targeting those that are serious about their fitness, while the Gear Sport is for those that want a tad more fitness features than what the Gear S3 family would provide.

A lot of the specs between the Gear Sport and Gear Fit2 Pro are the same. However the Gear Fit2 Pro does have a slightly larger display at 1.5-inches and it is also curved, while the Gear Sport has a 1.2-inch circular display – of course both are Super AMOLED display types. Both are powered by an unnamed dual-core 1.0GHz processor and run on Tizen. As well as having 4GB of storage inside. The Gear Sport has slightly more RAM at 768MB, compared to the Gear Fit2 Pro at 512MB. Both are also water resistance and have the MIL STD 810G standard, so it is a bit rugged, and that means you won’t need to worry about hitting doors with it on your wrist and such. 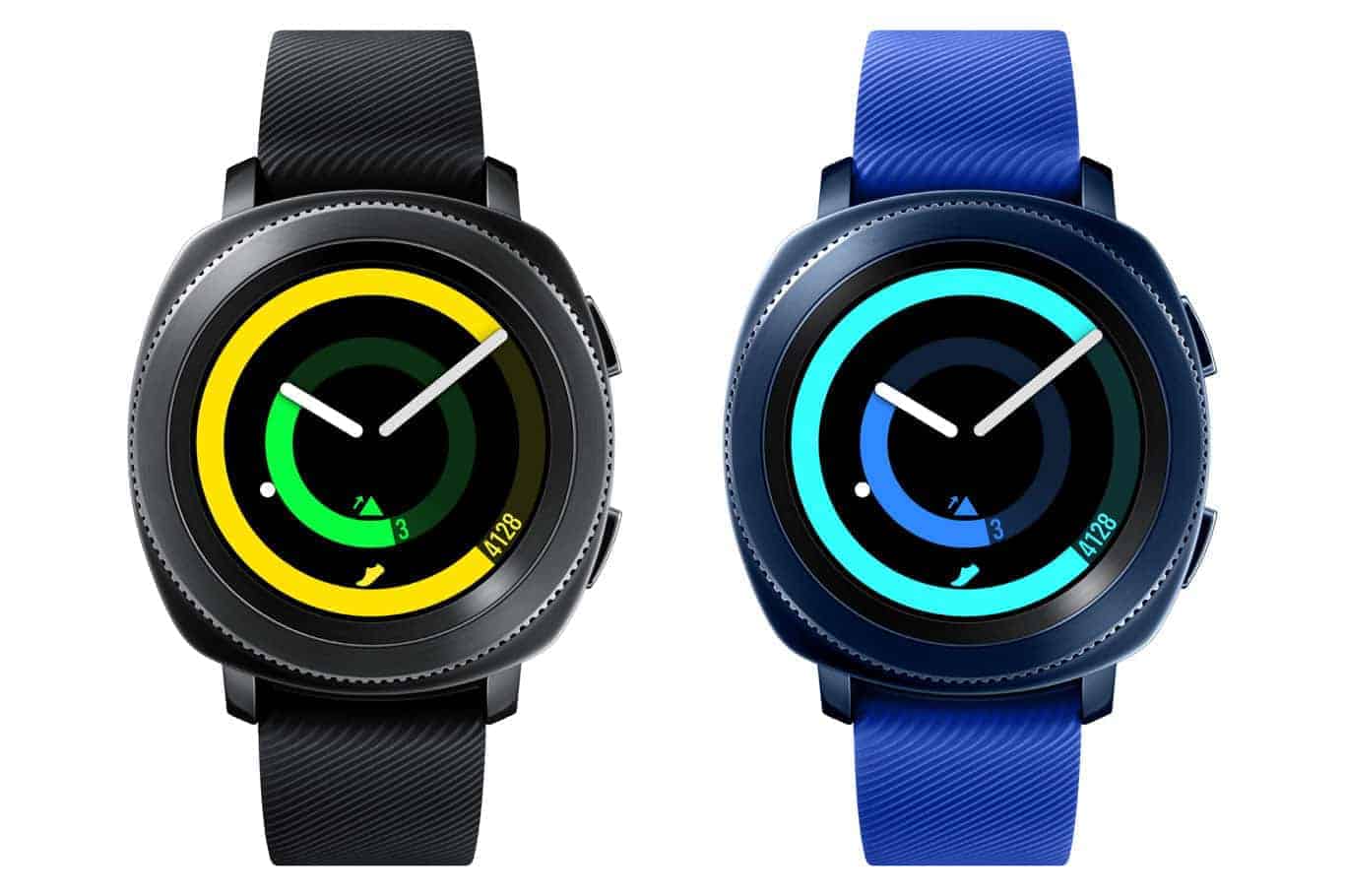 Now that we have the specs out of the way, let’s talk about their features. The Gear Sport is a fitness tracker looking to be a smartwatch. So with the Gear Sport, you are able to control your smart home – especially if you are invested in Samsung’s SmartThings ecosystem. It can also work as a remote control for a presentation or while using Gear VR. Samsung has added NFC capability to the Gear Sport as well, so that users are able to use Samsung Pay. There’s no MST technology here, so it will only work with NFC terminals.

Meanwhile, the Gear Fit2 Pro now has GPS built in, making it a great fitness tracker for tracking your runs and bike rides, without needing to bring your smartphone with you. Of course, you are able to still get your notifications on the Gear Fit2 Pro, so you can stay up-to-date with what is happening in the world while you are working out. But the big upgrade from the standard Gear Fit2 is the advanced built-in GPS here. 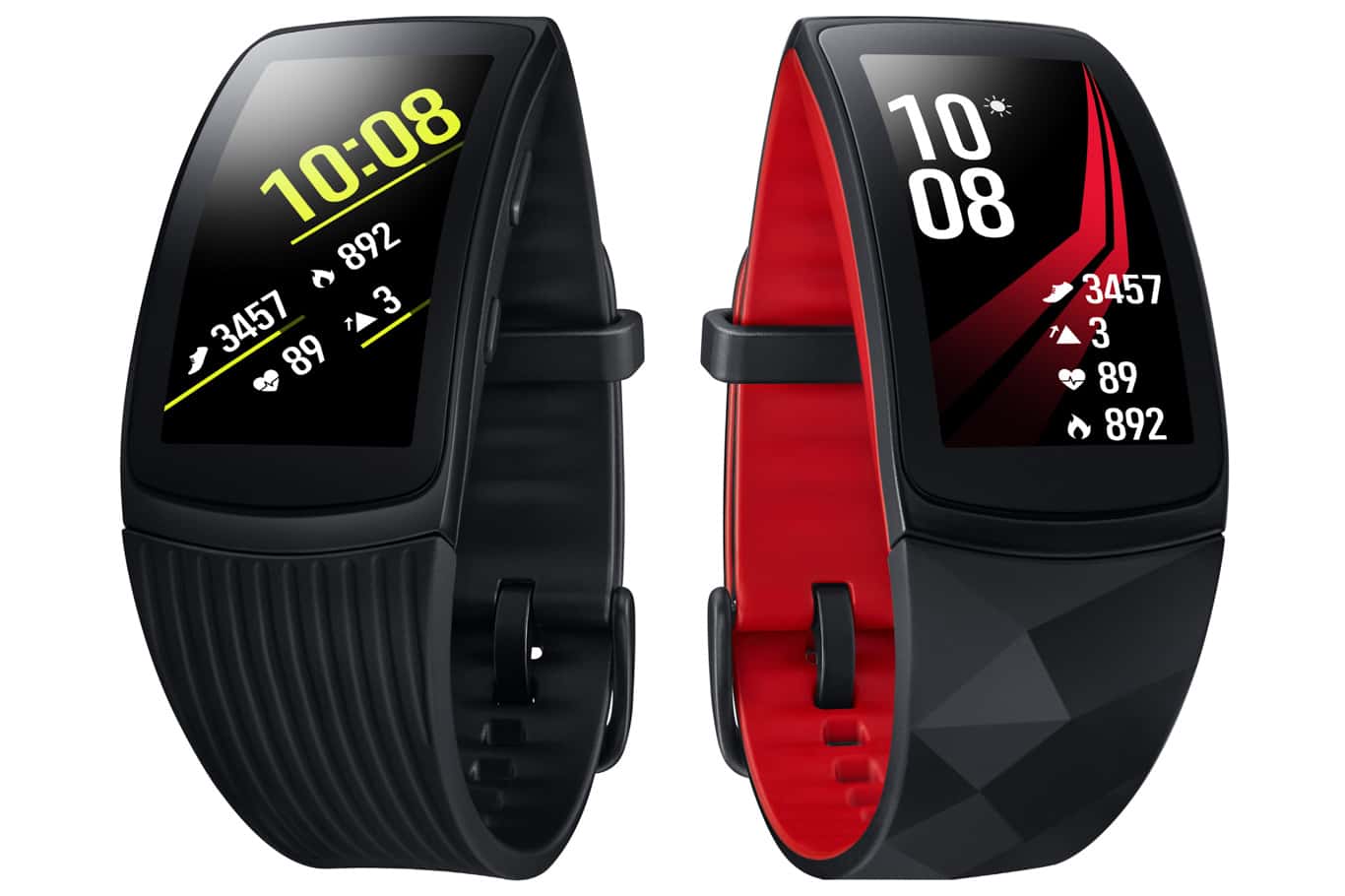 As you’d expect, both the Gear Sport and Gear Fit2 Pro can track all of the usual fitness activities, that includes your steps, your workouts, calories burned and even your sleep. These are features that most fitness trackers are able to track these days. However, now both models are able to track your swimming, something that only the Fitbit Flex 2 is able to do right now. With the Speedo On app, users are able to track various swimming metrics, including lap count, lap time, stroke type and much more. That makes both of these fitness trackers great for those that do a lot of swimming. On top of that, Samsung has improved the heart rate monitors here on both trackers, so that it is a bit more accurate than before. Samsung has also added the ability for both the Gear Sport and Gear Fit2 Pro to automatically detect your activity, whether that’s walking, running, swimming or another form of exercise. And finally, Samsung has also added plenty of partnerships with the Gear Sport and Gear Fit2 Pro, including UA Record, MyFitnessPa, MapMyRun and Endomondo to say the least. 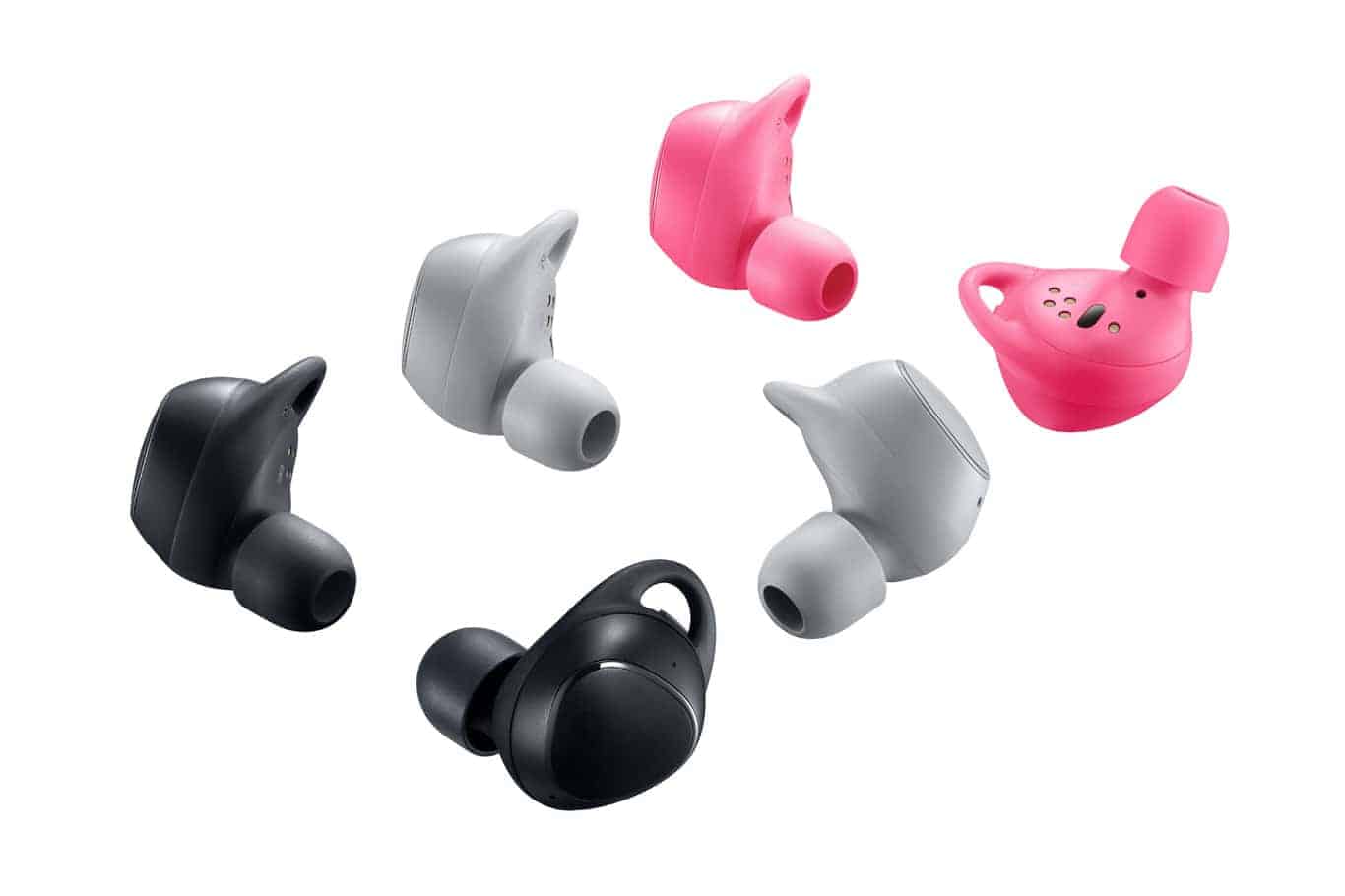 Now the Gear IconX 2018 is not a fitness tracker, but rather a pair of truly wireless earbuds. It’s the successor to the pretty popular Gear IconX. One of the bigger changes to the Gear IconX this year is the fact that you’ll have Bixby in your ear. That’s Samsung’s new personal assistant that launched with the Galaxy S8 earlier this year – the Galaxy S8, Galaxy S8 Plus and Galaxy Note 8 all feature a dedicated Bixby button on the left side of the device. Users are able to simply tap the earbud or hold the earbud to talk with Bixby and have Bixby control your music. Samsung has made the Gear IconX a bit lighter this time around, and it’s also more ergonomic than before. Users will get in-ear audio exercise status updates from the Gear IconX, so that they are able to see how well they are doing throughout their workout. Of course the Gear IconX is great for just listening to music too – and it has 4GB of storage for storing music offline – but it’s mostly meant for using while working out and you’ll get a better experience when paired with the Gear Sport or Gear Fit2 Pro.

Samsung has unveiled quite a bit of fitness gear today (pun intended), and while they seem to be mostly the same on the surface, there are a few differences between the two fitness trackers and the Gear IconX headphones. Unfortunately, Samsung has not announced pricing and availability for the Gear Sport nor the Gear IconX headphones just yet. Both the Gear Sport and Gear Fit2 Pro are great for those that like to do a lot of swimming, or even a lot of running. There’s a lot to like here, even though many are not to fond of the design of either model. 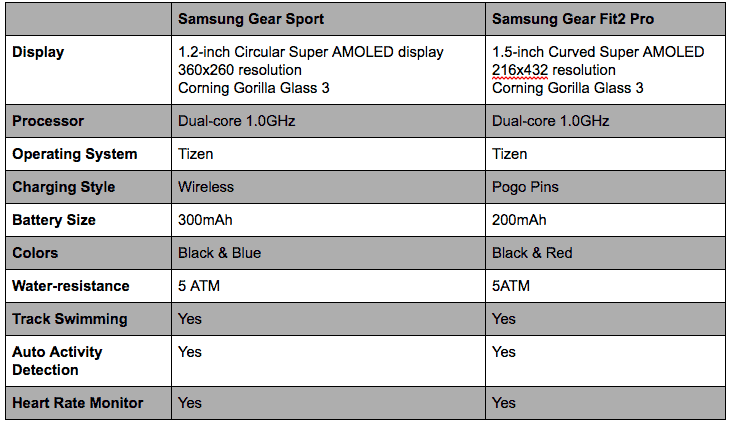