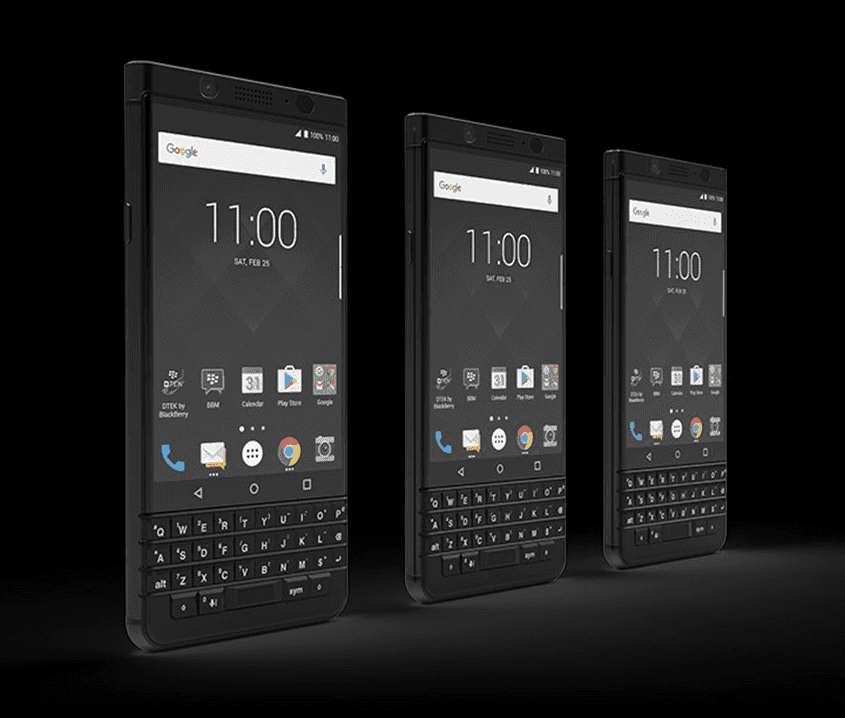 The BlackBerry KEYone in Space Black is exclusive to AT&T as the carrier just announced this morning that the device would be available through its network soon. Coming to AT&T on September 1st, the BlackBerry KEYone is BlackBerry's latest device to run on Android, coming with Android 7.1.1 Nougat and was initially announced during Mobile World Congress back in February of this year. The BlackBerry KEYone can technically already be used with AT&T as it can be purchased unlocked from Amazon, but with today's announcement the device will officially be available from AT&T carrier stores and AT&T's online shop in the near future.

The BlackBerry KEYone will cost AT&T subscribers $16.67 a month for 30 months on the AT&T Next program, or a full retail cost of $500. AT&T doesn't mention if the Space Black color option will be the only one available through them directly, but the phone does come in a silver color which is the one that launched earlier in the year. AT&T has positioned this phone as a device for business customers in its announcement but non-business customers should have not trouble picking it up from the carrier if this is the device they choose to go with.

While the Space Black color of the BlackBerry KEYone is exclusive to AT&T in the U.S., it was launched as Limited Edition model in India, so customers outside of the U.S. still have the opportunity to get the Black model if they prefer it over the initial color offering. The timing of the BlackBerry KEYone launching on AT&T's network puts it right in the middle of the same launch window of the Galaxy Note 8, which Samsung just announced officially yesterday, and is already up for pre-order on AT&T alongside other carriers in the U.S., and is expected to launch officially on September 15th. That being said, both devices are aimed at slightly different sets of consumers. Though the Galaxy Note 8 is definitely going to be a great device for productivity, it's also a powerhouse with top-tier specs, while the BlackBerry  KEYone is a much more modest device when it comes to hardware and focuses more on providing a smooth user experience for those that simply want to get things done without all the excess features of a high-end flagship, which also means it comes with a much lower price tag. If you're an AT&T subscriber and the KEYone seems like it's the device for you, then you only have a week to wait before you can get one from the carrier.