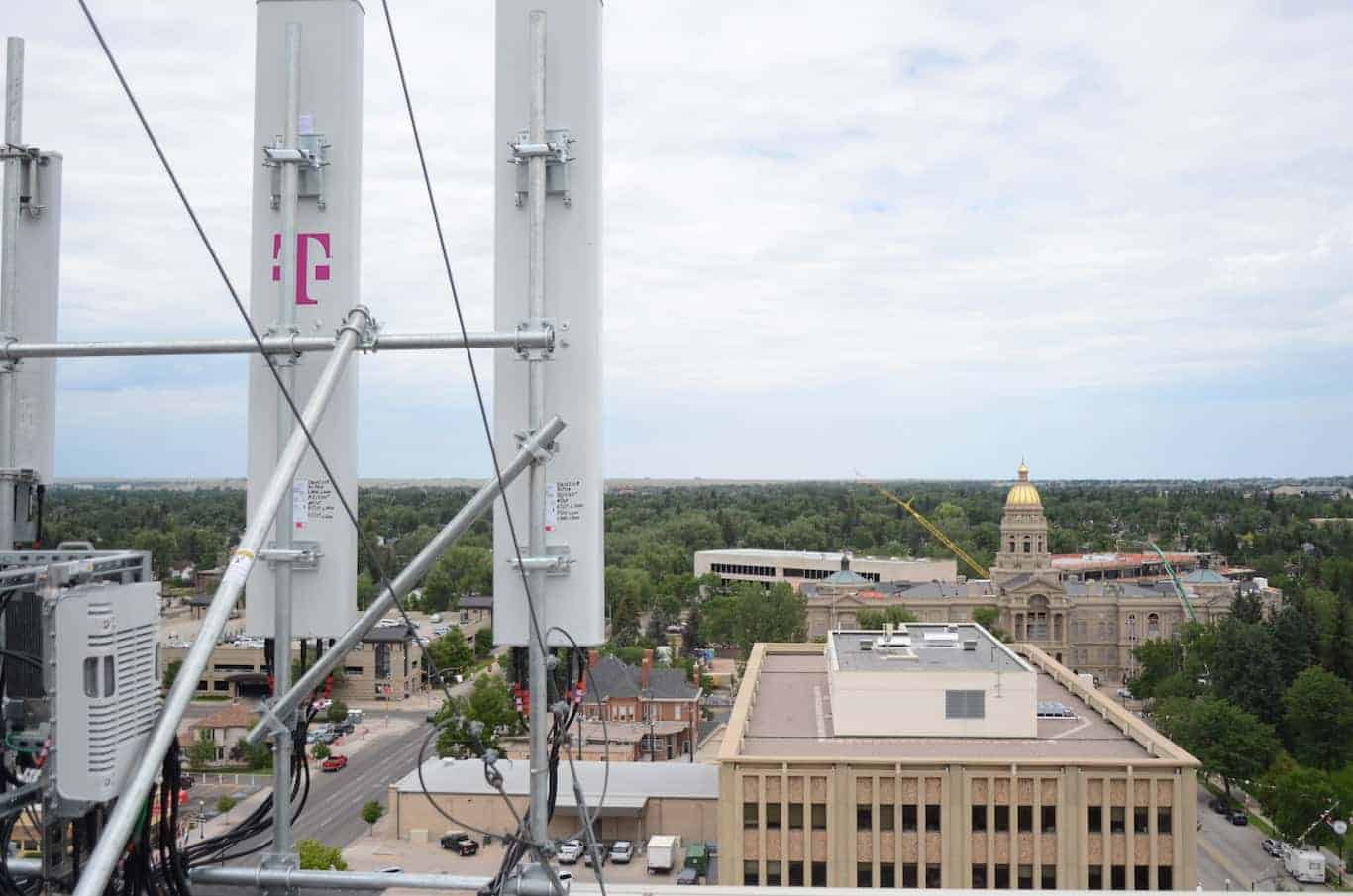 T-Mobile stated after it won a boat load of 600MHz spectrum earlier this year in the FCC's Incentive Auction, that it would be deploying some of that spectrum this year – even though analysts said it would be 2020 before carriers could use the spectrum. Today, the Un-carrier announced that it has already lit up some of its 600MHz spectrum in some markets throughout the US. According to T-Mobile, it is the first to light up 600MHz LTE network sites in the entire world, and it is now up and functioning in Cheyenne, Wyoming. T-Mobile is using Nokia's networking equipment for the sites in Cheyenne as well.

Cheyenne might be an odd choice for T-Mobile to start, but the company explains in its press release that it will be starting in rural parts of the country, where the spectrum is already clear of broadcasting. So it doesn't have to wait for broadcasters to clear the spectrum and then hand it over to T-Mobile. This is also good, as it means that areas that likely are without 700MHz spectrum will be getting some low-band spectrum up in its area. T-Mobile plans to deploy its 600MHz spectrum in less than six months. Typically this process would take about two years.

T-Mobile has also shared what other locations will get 600MHz spectrum in 2017. Those areas include Wyoming, Northwest Oregon, West Texas, Southwest Kansas, the Oklahoma Panhandle, Western North Dakota, Maine, Coastal North Carolina, Central Pennsylvania, Central Virginia and Eastern Washington. This will help T-Mobile expand its LTE coverage from 315 million to 321 million people by the end of 2017. Now that may not sound like a huge difference – and it really isn't. But it's important to remember that these rural areas have less people that need coverage. So even though T-Mobile is rapidly expanding its 600MHz coverage, it's not covering a lot of additional people. This is all happening at a time where T-Mobile is already racing past its competition to have the fastest LTE network. And now with the network expanding to cover more of the US, that network is going to get even better and will help it gain even more customers.