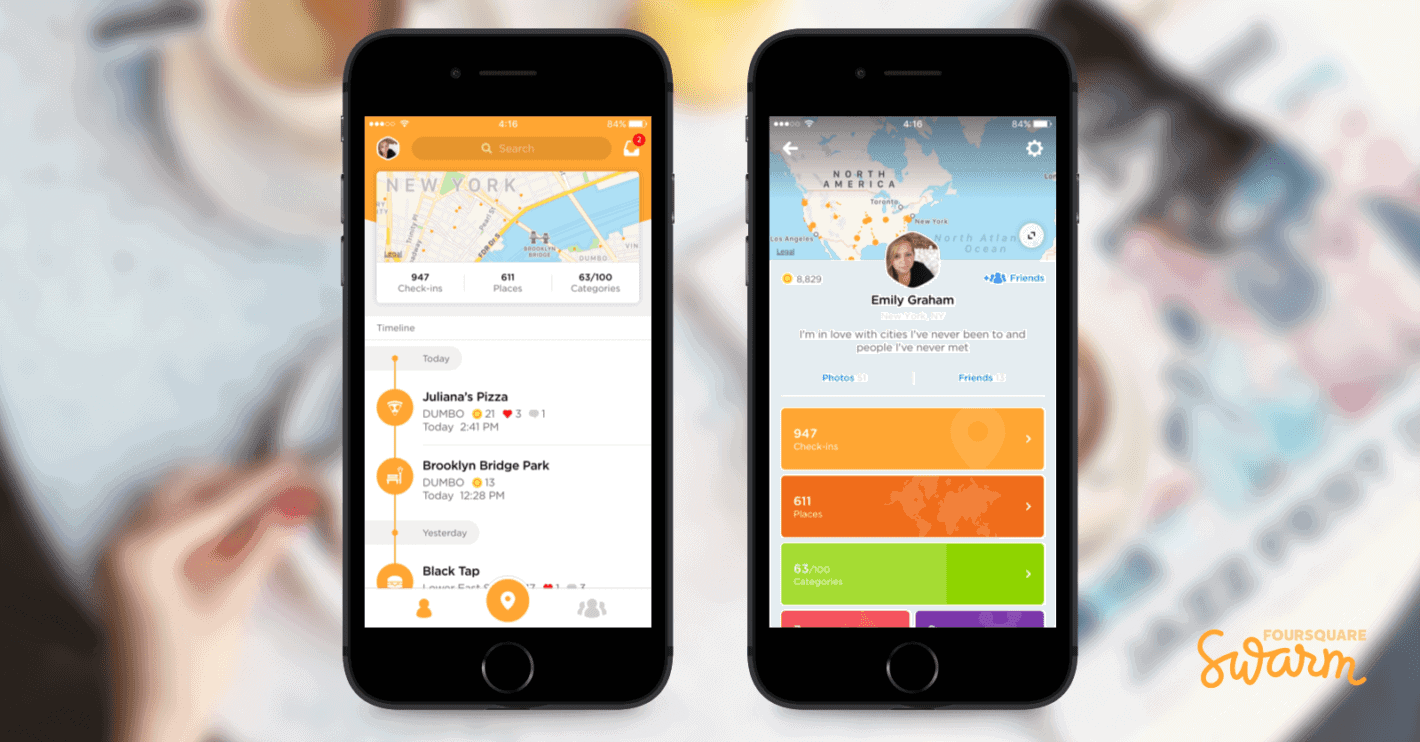 Foursquare's Swarm app for Android is reportedly slated to receive a big update in the coming weeks, according to a recent Medium post from the company's co-founder, Dennis Crowley. As outlined in the post, the update itself will take Foursquare Swarm: Check In all the way to version 5.0 and will include a heavy focus on a wide range of user-interface changes intended to put the app's popular "lifelog" feature "front-and-center." That's down to the fact that, according to Crowley, the average user only has around 6 friends and lifelog is the most used feature, rather than the more social aspects of the app.

For those who aren't well-versed in Foursquare's Android application, lifelog creates a visual history of locations visited through check-in actions. It's a feature that saw an explosion in use and which ultimately overtook the original purpose of the Foursquare app – which was meant to give people a fun and easy way to share their locations for meetups and other similar purposes. In effect, lifelog does what its name implies. It logs life, allowing users to explore the world more easily, without the hassles associated with users trying to organize or remember all of the associated information for themselves. With the incoming update, the overall user interface has been simplified to put lifelog maps front and center. Part of that simplification includes a complete rework of the map view and the statistics dashboard. Crowley says the update should help users discover or rediscover new places and to recognize various patterns in their check-ins. Beyond that, there will be a total of 52 brand new Stickers to unlock, as well. For those who don't know already, Stickers are an achievement-like reward system that encourages users to explore even more than they may have otherwise.

While it seems the app has already been updated on other platforms to version 5.0, when it comes to Android Crowley states the rollout is due to begin within the next couple of weeks. The update for Foursquare Swarm comes not long after reports came through stating that Instagram had removed sharing support for the service on its platform.