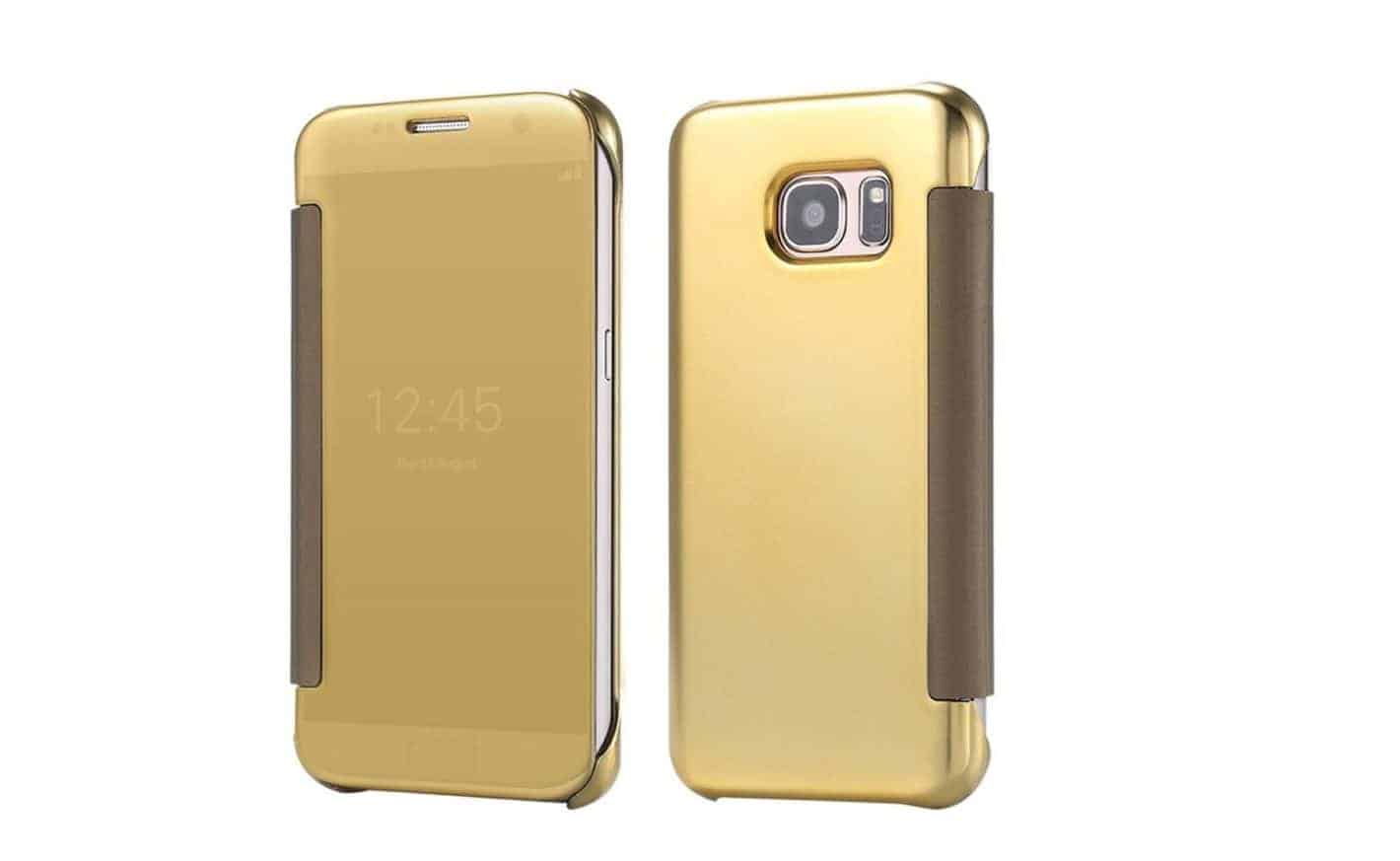 A supposed depiction of the Samsung Galaxy A5 (2018) appeared online earlier this month, with the device allegedly being shown in a render of a third-party case for the upcoming mid-ranger. The case itself is of the flip variety and made by a company called Sailogic, with its render being attached to a new listing on Amazon India. The flip cover has a transparent front which is seemingly compatible with the Always On Display functionality of the Galaxy A5 (2018) and is listed as being currently unavailable, with no price tag attached to it. The accessory is only shown in gold and its product page is free of other information, save for the fact that its dimensions are listed as being 27 x 15 x 5cm as its author presumably confused centimeters with millimeters.

The image that can be seen above also shows that the back panel of the handset features a single-lens camera setup accompanied by a dual-LED (dual tone) flash unit and a heart rate monitor, the latter two of which are arranged in a vertical manner to the right of the imaging sensor. A single secondary camera can be seen through the transparent cover of the case on the top bezel of the device, whereas its bottom one houses a physical Home button which presumably doubles as a fingerprint scanner. The right edge of the supposed Galaxy A5 (2018) also features a Power button and a volume rocker or two volume keys are presumably found alongside the left edge of its body, though they aren't shown in the newly leaked render.

The legitimacy of the image is somewhat dubious considering the general lack of information in the listing and the fact that Samsung likely didn't start distributing product specifications of its 2018 device to third-party accessory manufacturers so early. Regardless, this is the first supposed sighting on the Galaxy A5 (2018) which is expected to be announced in early 2018, around the same time its predecessor debuted this year. In the meantime, the South Korean tech giant is scheduled to announce its latest Android flagship in the form of the Galaxy Note 8 which is set to be unveiled on Wednesday, August 23.