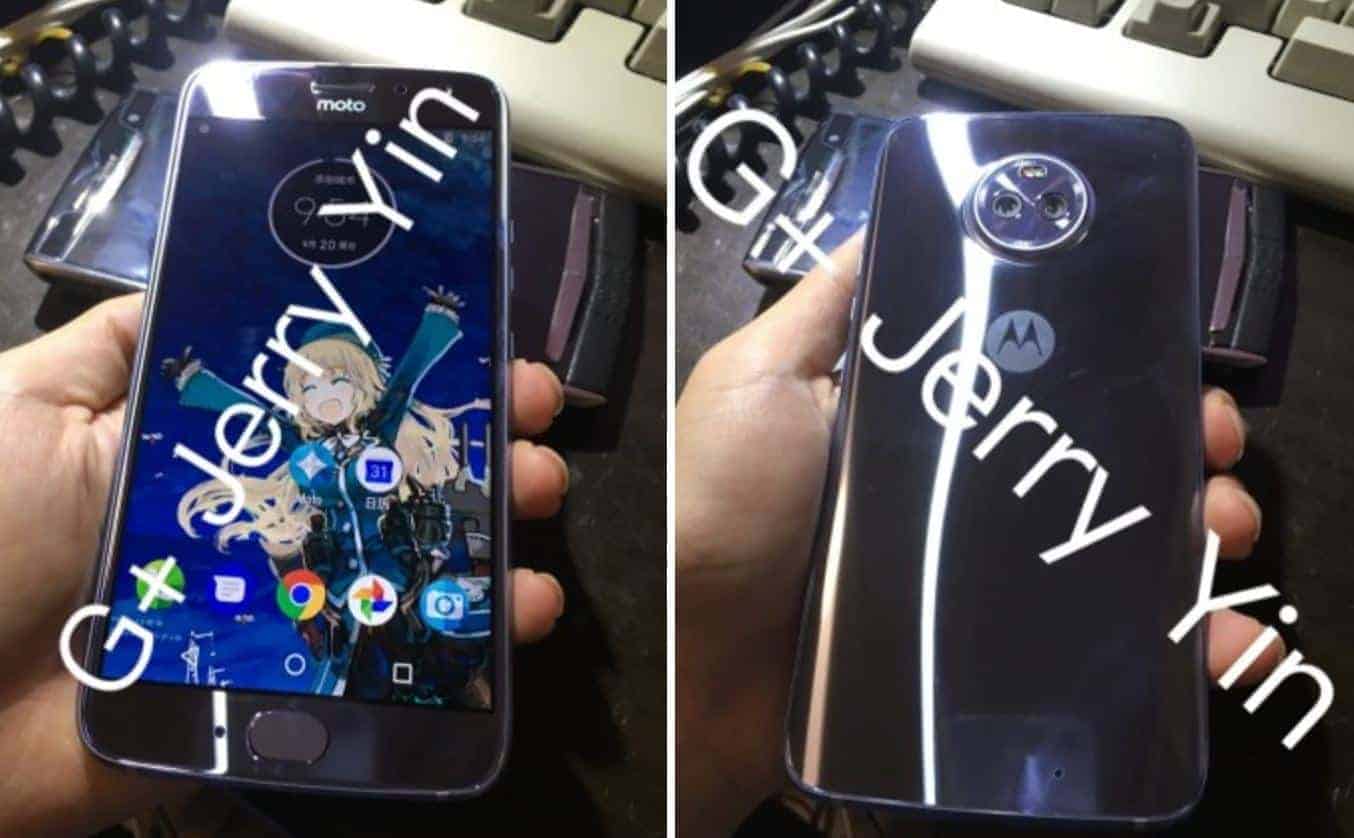 A couple of images that are said to depict Motorola's upcoming Moto X4 have leaked online on Sunday, showing a device that is rumored to be launched on Thursday, August 24. In recent months, rumors and leaks surrounding the handset have been popping up everywhere, with recent leaks even revealing renders of what appears to be the final design of the Moto X4.

Looking at the images, they seemingly confirm that the overall design of the front panel remains similar to that of other Motorola-made offerings, with the oval fingerprint sensor sitting directly below the rumored 5.2-inch display and a regular "Moto" logo being featured on the top bezel of the handset. The front glass panel of the device also seems to be extremely glossy compared to Motorola's other recent offerings and the same can be said for its back plate which now uses glass instead of metal. The supposed Moto X4 also features Motorola's signature round camera bump, though its design has apparently changed; a dual camera setup is present inside the module, while a dual-LED flash also sits at the top. In terms of actual specifications, the camera setup of the Moto X4 is expected to include a 12-megapixel sensor and an 8-megapixel wide-angle one, similar to the setup LG utilizes in its flagships. The secondary camera of the device will be of the 16-megapixel variety, previous rumors have indicated.

The device is expected to sport the Snapdragon 630 SoC alongside two storage options which will be offered in different regions. In North America, Latin America, and Europe, the smartphone is said to include 3GB of RAM coupled with 32GB of storage. For those in Asia, though, things get slightly better, with 4GB of RAM and 64GB of internal storage said to be housed inside the device. In terms of battery, the smartphone is said to sport a 3000mAh one, which also includes Turbo Charging support. To top all of this off, the Moto X4 is also said to include an IP68 water and dust resistance rating and is expected to ship with Android 7.1.1. Nougat straight out of the box which will likely be similar to the stock version of the OS.