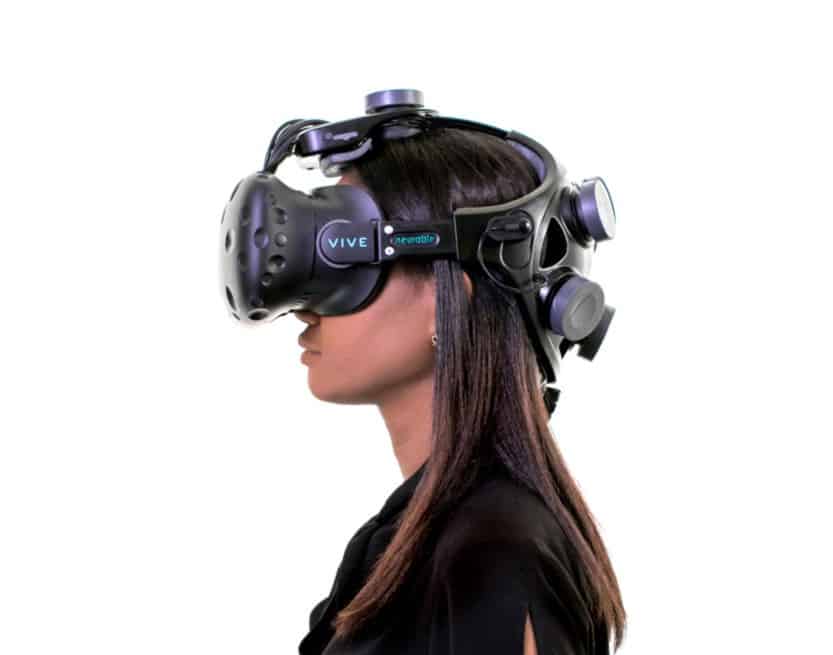 Virtual reality and other computing platforms being controlled by your mind were a popular subject in science fiction for decades, and startup Neurable is now seemingly bringing that technology to life in the form of an upgrade to HTC's Vive headset. The Neurable BCI (brain control interface) hooks into an existing HTC Vive headset and uses Neurable's specialized software to interpret the user's brainwaves and translate them into actions inside VR media. Neurable will be showing off its specialized technology for the first time at the upcoming SIGGRAPH 2017 event in Los Angeles, where the company will allow attendees to play a specialized VR experience called Awakening, which puts the viewer in the shoes of a child who discovers telekinetic powers while held prisoner in a government laboratory, and must use them to escape.

No two people's thoughts are alike, and that has long made systems like this unfeasible. Neurable gets around that by using machine learning to characterize a user's brain waves. Based on lab-generated patterns fed into the machine for training, Neurable's software looks for common threads in the user's brainwaves, then figures out how to compensate for discrepancies, allowing it to fully "translate" the user's brainwaves into useful input by matching them with brainwaves it has seen in training. Naturally, this also means that Neurable gets smarter and more adapted to each user over time.

Neurable has built its special software into an SDK (software development kit), allowing developers to create VR experiences for the Neurable platform. The SDK is fully compatible with Unity, one of the most popular VR and game development engines in the world. The Neurable kit, in its current form, is relatively easy to use; you only have to take off the elastic straps from the Vive and replace them with the Neurable kit, which is built into the straps. While Neurable has not officially announced when its technology will become available to consumers, the company did make a few forward-looking statements in its recent press release detailing the solution, stating that it expects to see platforms like Neurable integrated into future AR and VR systems.