Sprint’s BlackBerry KEYone is re-installing missing default apps according to reports from users of the device. One user, who goes by the name of gigatigga2 on Reddit, has posted a description of what the device is doing along with an image to display the process of the re-installation of one of the apps. Based on user information about the issue, the app in question is called SprintID, and proceeds to install a host of default apps onto the user’s device including Facebook, Uber, and Sprint’s radio application.

While some users’s don’t care for pre-installed apps, it’s usually simple enough to either uninstall them, if the option is available, or disable the app if uninstalling isn’t possible. That’s a scenario that can also be applied here, but the issue comes from SprintID doing periodic checks (according to the users on Reddit) of the apps it pre-installed, and if it finds that they are either missing or disabled, it will re-install what’s been deleted or enable what was turned off. This isn’t an issue that’s happening to all users, so there is a good chance that this is just a bug that some with this device are experiencing, and it’s worth mentioning that SprintID is something that is installed on essentially every Sprint device, so it’s likely this is just a problem with some of the KEYone phones on Sprint’s network.

Since this is most likely a bug, Sprint and/or TCL-BlackBerry would probably end up pushing out a fix for the problem for users who are experiencing this issue on their phones. When and if that fix comes through is unclear, but it’s probably reasonable to assume that Sprint may not have intended for the app to work this way. At the moment there doesn’t seem to be anything that can be done about it save for continuing to disable and uninstall any apps that are out of this batch of pre-installed apps, which will just end up being re-enabled and re-installed anyway, making things temporary. Users could also just leave the apps alone and deal with them being on the device for now which might be the best solution at the moment. One possible alternative, is users could try applying the brand fix, which consists of opening the phone app and dialing ##brand#, which will reinstall the Sprint software framework and suite. This shouldn’t harm any user’s personal data, but the default apps that SprintID pre-installs would have to be uninstalled and disabled again. It’s also not a guarantee that this would have any lasting results, but it’s probably worth a shot. 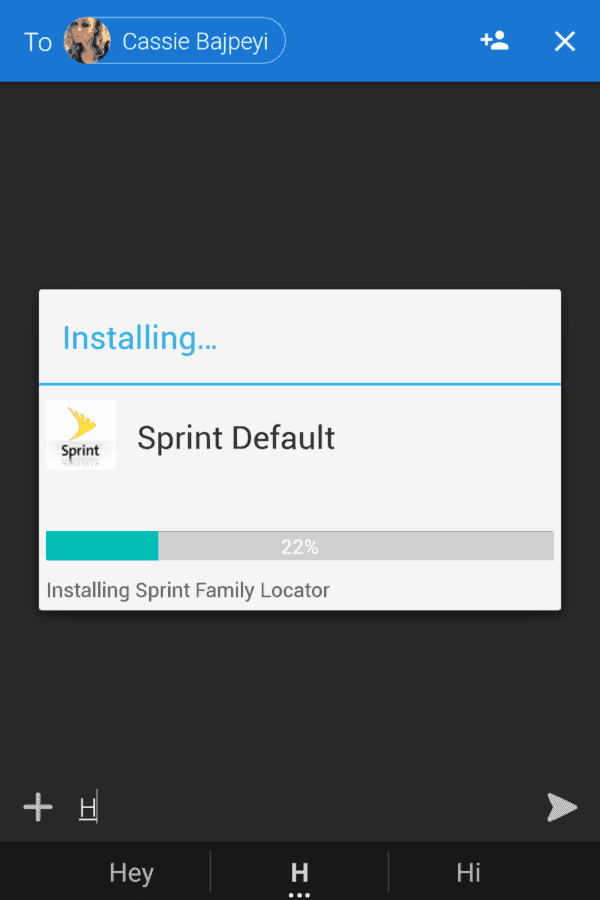