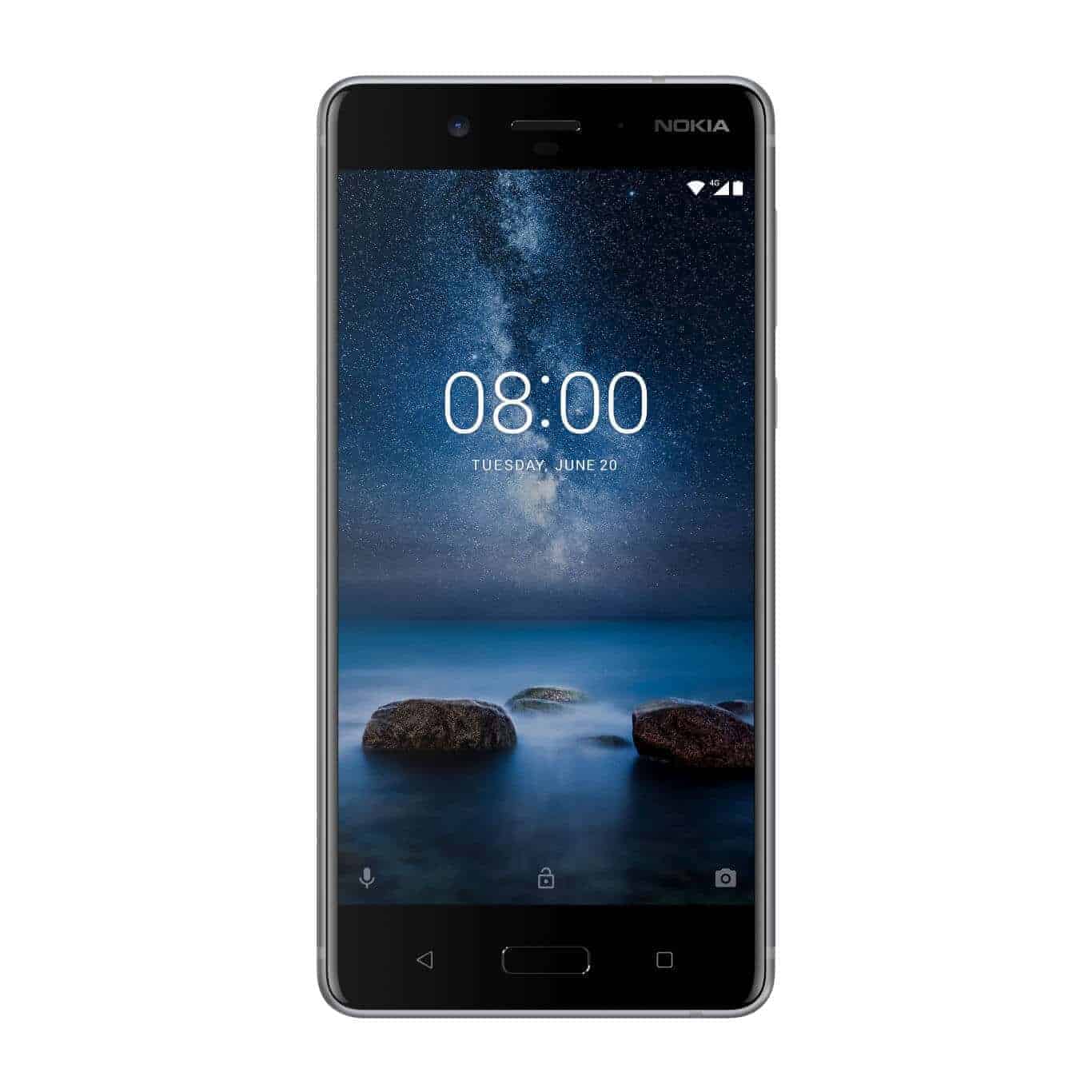 HMD Global has introduced the Nokia 8 flagship today, and following the official announcement article that was published quite recently, we’re here to take a closer look at the phone’s specs, as the Nokia 8 has plenty to offer in that department. Before we begin talking about the device’s specs, however, it’s worth noting that the device is made out of metal, and that it comes with a front-facing fingerprint scanner, which is flanked by two capacitive keys.

Now, the Nokia 8 is a high-end smartphone, this handset sports a 5.3-inch QHD (2560 x 1440) IPS LCD display with Corning’s Gorilla Glass 5 protection (2.5D curved glass) on top of it. Qualcomm’s Snapdragon 835 64-bit octa-core processor fuels the Nokia 8, and the Adreno 540 GPU is here for graphics processing. The Nokia 8 packs in 4GB of RAM and 64GB of expandable internal storage (expandable up to 256GB via a microSD card). IP54 certification is also a part of this package, which essentially means that the device is splashproof. Now, as far as cameras are concerned, you will find two 13-megapixel shooters on the back of the Nokia 8 (developed in collaboration with ZEISS optics), one is a regular RGB lens while the other is a monochrome sensor. We’re looking at 1.12um pixel size here for the main sensor, and a f/2.0 aperture, while PDAF and IR range finder are also included in this dual camera setup, and so is a dual-tone flash. As far as the front-facing snapper is concerned, you’re getting a 13-megapixel sensor (PDAF, 1.12um pixel size, f/2.0 aperture, 78.4-degree lens, display flash), and OZO audio also made its way to the Nokia 8.