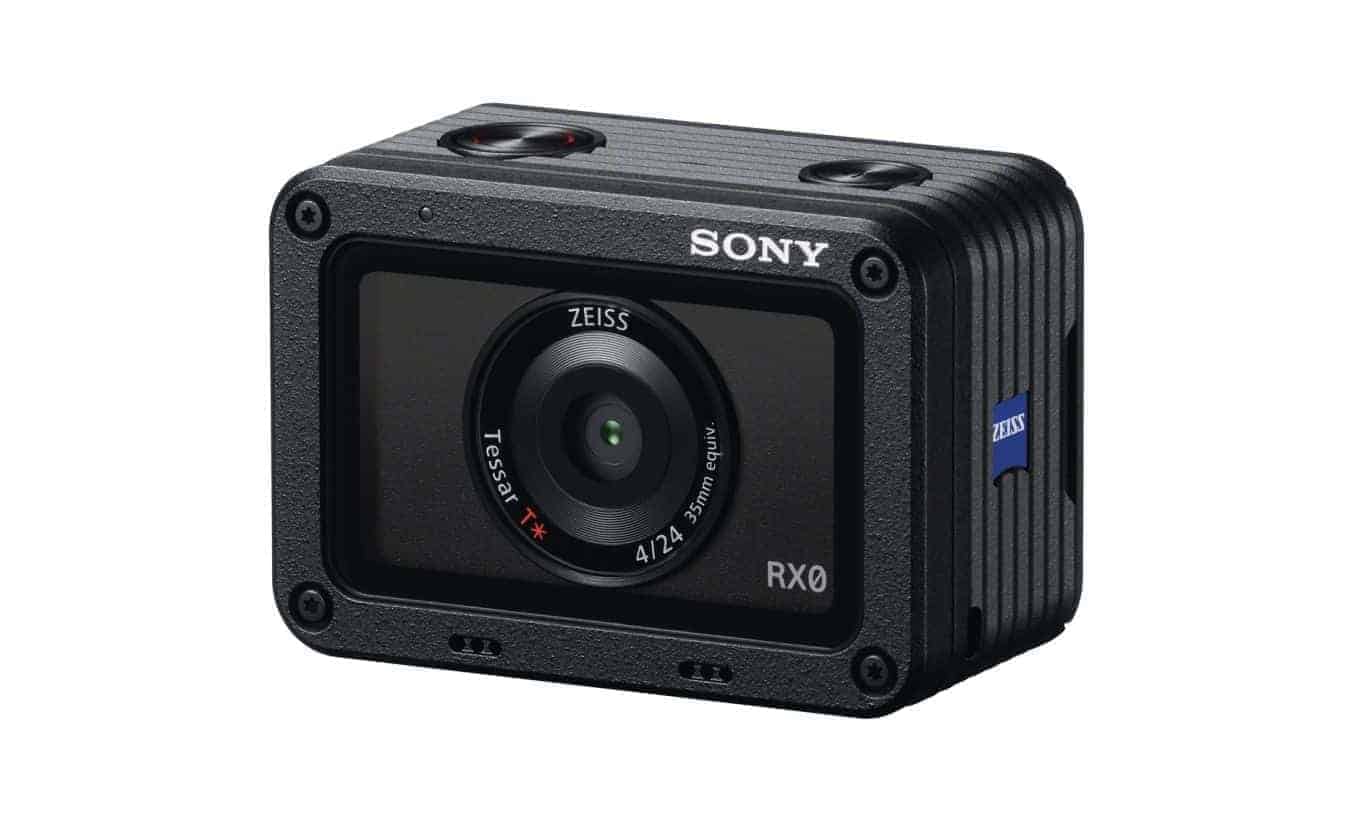 Earlier today at IFA, Sony announced a new camera aimed at content creators, promising a wide range of new imaging options along with advanced photo and video recording capabilities. The components are wrapped in a waterproof, shock-resistant, and crush-proof design, allowing users to shoot content in a wide variety of weather conditions. Along with the new camera, Sony is launching a full range of accessories including the NP-BJ1 Rechargeable Battery Pack, VFA-305R1 Filter Adaptor Kit, and the MPK-HSR1 Housing for even higher waterproofing at depths of up to 100 meters.

Spec-wise, the new Sony RX0 features a 1.0-type stacked Exmor RS CMOS image sensor with a 15.3-megapixel resolution, a BIONZ X processor, as well as a wide-angle ZEISS Tessar T 24mm F4 fixed lens. Additionally, the device takes advantage of an Anti-Distortion Shutter with a 1/32000 shutter speed and offering a maximum burst shooting mode of up to 16 frames per second. In video mode, the Sony RX0 can capture super slow-motion clips at up to 960 frames per second and is capable of outputting 4K clean HDMI video to an external recorder. But while a single Sony RX0 seems impressive in its own rights, Sony has designed the new camera to be able to link together with additional units, opening a new range of possibilities for content creators such as capturing unique bullet-time or time-slice scenes. With the help of the Sony FA-WRC1M wireless radio commander, users can trigger up to fifteen RX0 cameras at the same time, while the Sony PlayMemories Mobile application allows up to five Sony RX0 units to be connected and controlled wirelessly using the paired smartphone or tablet.

Sony also promises a firmware update for the aforementioned application which will allow additional RX0 units to be controlled while connected to a single access point, and the company is also developing a camera control box for more reliable wired connections. Both the firmware update and control box should be released in January 2018. According to the Japanese OEM, the Sony RX0 camera will carry a price tag of approximately $700 and will ship to North America through authorized dealers in October.