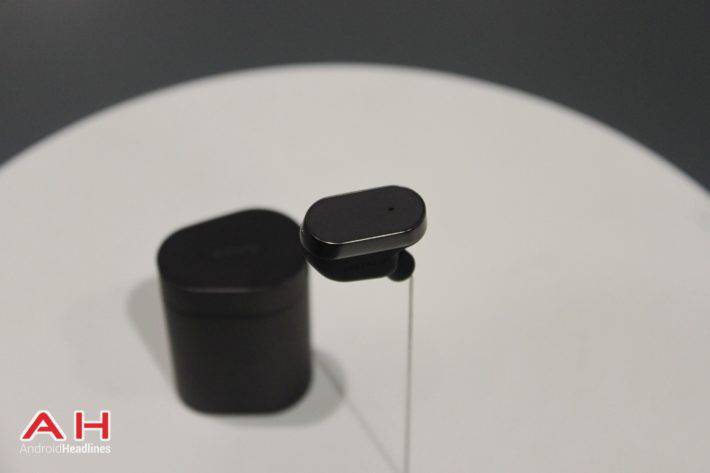 Sony is reportedly set to launch an upgrade to its Xperia Ear accessory and is planning to unveil the enhanced product at this year's IFA to be held in Berlin, Germany from September 1 to 6, according to a new report. A trademark application filed with the United States Patent and Trademark Office reveals that the fresh version of the smart ear bud will be called the Xperia Ear Duo, suggesting that Sony has been working on a pair of Xperia Ear earbuds this time around after announcing the company's Xperia Ear 'Open-Style CONCEPT' at Mobile World Congress back in February of last year. The current iteration of the Bluetooth-enabled accessory consists only of a single ear bud, but based on the name Xperia Ear Duo, the upgraded version might launch as a pair.

Key specs and features of the Xperia Ear Duo remain unknown as of this time, though it is possible that Sony has squeezed a larger battery into the accessory to compensate for increased power requirements that would likely come with having two earbuds instead of one. As a quick reminder, the current version of the Xperia Ear packs a 300mAh battery, so it is possible that the Xperia Ear Duo will ship with a more powerful one. The Xperia Ear works to help users send and receive messages, check their appointments, navigate to places and complete searches, as the accessory is designed to listen and react to your requests. The accessory also comes equipped with an integrated proximity sensor, gyroscope and accelerometer so that the device is capable of identifying its location and operational status. Users can also confirm a command to the Xperia Ear just by nodding, without requiring them to make a sound.

The Xperia Ear features an IPX2 water-protection rating, which means it can withstand splashes and rain. It can also perform a wide variety of tasks, including reading out a message to you, courtesy of a virtual assistant technology installed in it, and it supports various languages, including British English, American English, French, German, Spanish, and Italian. The Xperia Ear Duo, meanwhile, may very well have a similar set of features and specifications with a few improvements, though no details about the device have been confirmed or leaked just yet.