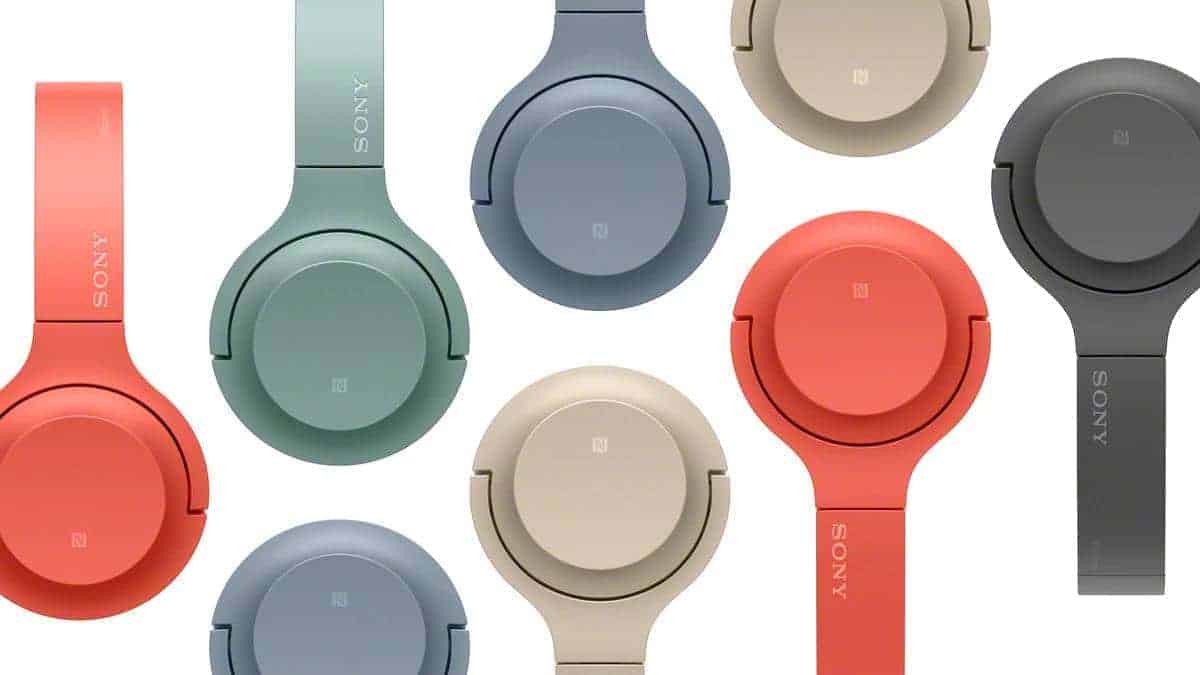 Sony has announced three new h.ear series headphone models at IFA today (alongside a handful of new phones like the Xperia XZ1) which includes the h.ear on 2 Mini Wireless, the h.ear on 2 Wireless, and the h.ear in 2 Wireless, all sporting Bluetooth technology for connection to mobile devices and other electronics and coming in a set of five new color options – Horizon Green, Twilight Red, Grayish Black, Pale Gold, and Moonlit Blue. Each pair of headphones also comes with a slightly different fit, which gives the consumer a little more variety in picking the pair that is right for them.

Starting with the h.ear on 2 Mini Wireless headphones, these are meant to be a more compact style of headphones, with an on-ear style of earcups and a folding design that allows you to pack them up for easy storage and travel. Sony boasts a 24-hour battery life on a single charge with this pair, though that time is likely to vary from user to user. The headphones can also be charged up for just ten minutes which will deliver about an hour and a half of battery life if you need some in a pinch thanks to the integrated Quick Charging technology. The h.ear on 2 Wireless are essentially a bigger and more standard size version of the h.ear on 2 Mini Wireless, and instead of on-ear style of earcup design the h.ear on 2 Wireless have an over-ear design, which for some users will not only be more comfortable but may also provide an improved capability to block out ambient noise.

In addition to the bigger size the h.ear on 2 Wireless also come with a longer battery life as Sony boast up to 28 hours with this model, but that longer overall battery life also results in a loss of battery life from the ten-minute quick charge, as this drops from 90 minutes to 65 minutes. Still, for those that will be plugging these in every other night, 28 hours will be plenty of battery life.If on-ear and over-ear headphones aren’t your style and you want something a little more compact, and perhaps a little more suitable for active situations like exercise, then the Sony h.ear in 2 Wireless are the pair to go for as they are more of an earbud style that fits in your ear, hence the name “h.ear in,” and they feature a behind-the-neck design that makes it easy to keep the headphones in place even when the earbuds aren’t actually in your ears. These being the smallest pair of headphones out of all three new models announced today, they come with the least amount of battery life at up to eight hours, and Sony doesn’t mention a quick charging option here, though they also probably take a little less time to charge to full. All three pairs of headphones are launching in Europe in September of this year, with the h.ear on 2 Wireless coming in at £250 and €300, while the h.ear on 2 Mini Wireless will cost £200 and €250, and finally the h.ear in 2 Wireless will cost £150 and €190.