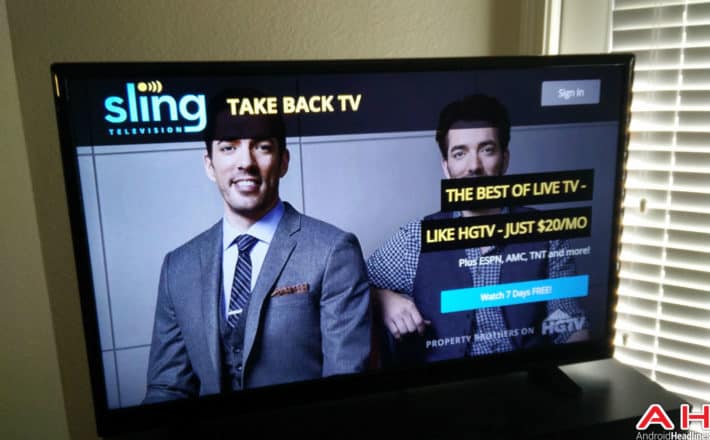 If you're a Sling TV subscriber who also happens to like watching live TV programs using a web browser, American direct-broadcast satellite service provider Dish has launched an in-browser player for its Sling TV service that lets you stream live TV and on-demand content via Google Chrome. The web support is considered a major addition for Sling TV, which was previously available only via its desktop app, gaming consoles, mobile platforms, and streaming devices like Roku, which recently received the Cloud DVR program that offers 50 hours of storage for $5 per month. However, the Sling TV DVR feature won't be available to web player users until the release of a stable version of the tool, as the web player that is currently available is in beta status at the moment.

Nonetheless, the web player brings with it most of the features that are already available on other platforms, including the ability to maintain pace with shows that are currently running using the "Continue Watching" tool. In the web player, you can also perform a search and gain access to the settings menu, among other things. The Sling TV web player also features the My TV section, which you can personalize and arrange according to themes such as Lifestyle, Kids, as well as others. The Sling TV web player is designed to be directly available via the Sling TV website, provided you have an active Sling TV account. That means there is no need for an external plug-in for you to be able to start using the in-browser player, as getting access to live TV shows via the tool is possible by just logging in.

While the in-browser player has now been rolled out to all Sling TV users on both Windows and Mac platforms, keep in mind that the tool remains in beta version as of this time. It remains unclear, however, when Dish plans to release a stable version for the player, but that is likely coming up soon. The launch of a web player is seen as a major step by Dish to expand Sling TV across platforms, especially at a time when more services, including Comcast, are increasingly joining the streaming segment.

Advertisement
Trusted By Millions
Independent, Expert Android News You Can Trust, Since 2010
Publishing More Android Than Anyone Else
22
Today
22
This Week
22
This Month
3196
This Year
104675
All Time
Advertisement