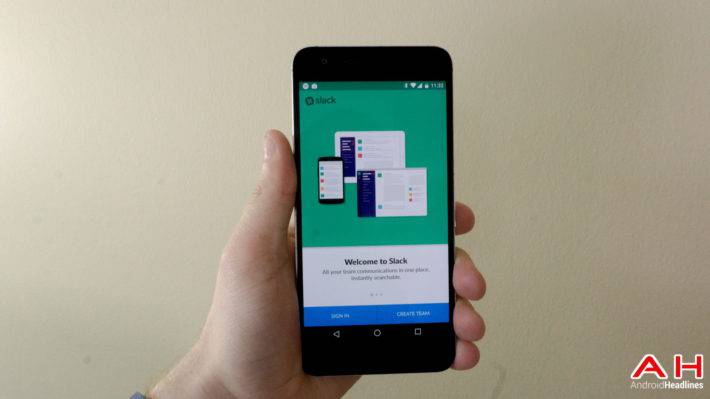 BlackBerry is looking to consolidate its position as one of the most secure mobile platforms available through a new partnership with the popular file-sharing and collaboration solution Slack. That's according to an announcement which was made today via the official Inside Blackberry blog. The deal is attributed, at least partially, to BlackBerry's decision earlier this year to join AppConfig as an Enterprise Mobility Management (EMM) member – a move that allows development teams to create configuration policies for applications regardless of which platform members of any given development team are working from. The new addition of Slack support should further improve on that platform independence for developers while maintaining standards for security and connectivity.

Integration between Slack and BlackBerry's cross platform EMM solution – which the company calls BlackBerry UEM – could ultimately make life a lot easier for developers wanting to create and manage applications. That's down to Slack's unique file sharing system, integrated directly into team chat groups, with the added benefit of being extremely easy to connect to thousands of third party applications and work tools. Better still, those are all searchable, so developers won't need to spend countless hours scrolling back through what can be hundreds or thousands of messages shared within a group. Additionally, BlackBerry UEM integration should add another layer of security across the variety of platforms software developers often work from and those that they communicate through. That means team members can be connected across iOS, Android, Windows, BlackBerry devices, and more without needing to worry quite so much about how secure their communications are or having their app ideas stolen.

BlackBerry says the move to include Slack is part of ongoing efforts within the company to ensure that every product in its enterprise portfolio helps "clients secure, connect, and manage" their organizations and projects. Unfortunately, no specific time frame has been provided with the partnership announcement. However, when the integration goes live, BlackBerry says that clients will be able to deploy and manage Slack right alongside its Dynamics-secured apps. This includes BlackBerry Work, but also more than 80 ISV apps and more than 4,000 custom apps that have been developed using its extensive SDK's.

Advertisement
Advertisement
Trusted By Millions
Independent, Expert Android News You Can Trust, Since 2010
Publishing More Android Than Anyone Else
7
Today
110
This Week
218
This Month
4203
This Year
105680
All Time
Advertisement