Skip to content
Advertisement
Trusted By Millions
Independent, Expert Android News You Can Trust, Since 2010
Publishing More Android Than Anyone Else
3
Today
98
This Week
241
This Month
1111
This Year
127198
All Time
Advertisement 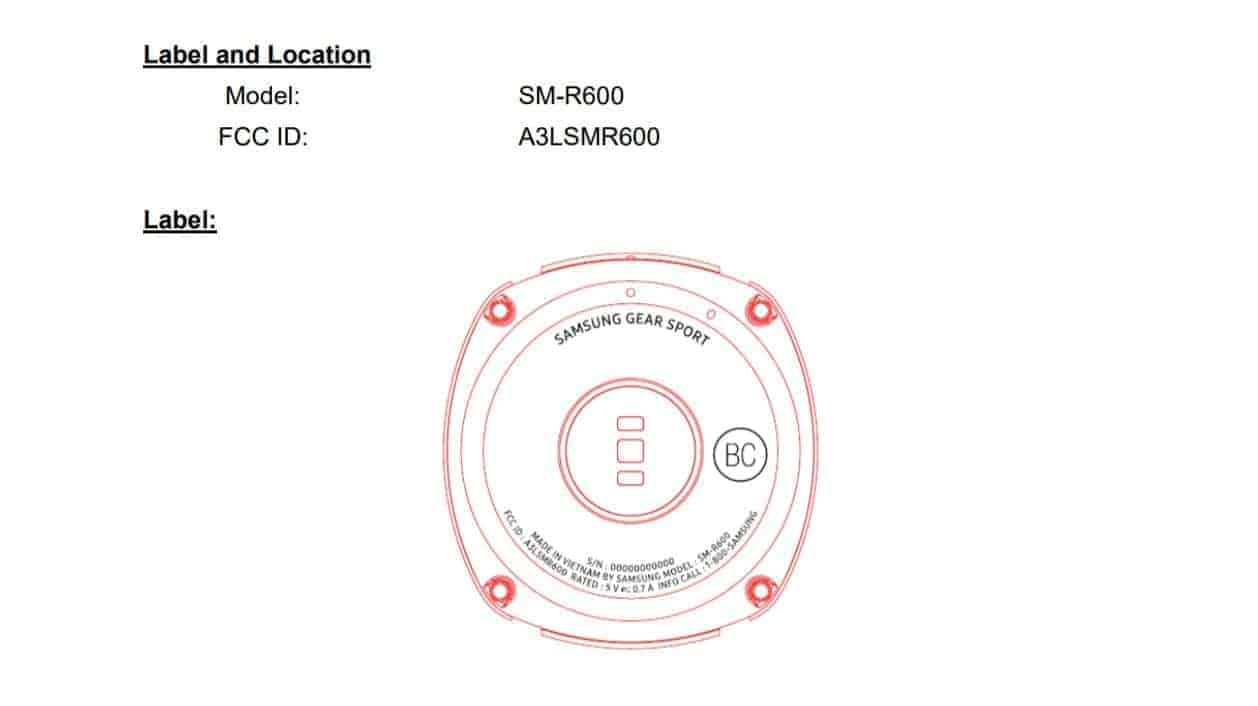 A new Samsung wearable has just hit the FCC bearing a model designation that should be familiar to anybody who has followed recent news of a rumored smartwatch wearable from the company – the SM-R600. Label information associated with the listing – filed under FCC ID A3LSMR600 – also disproves earlier speculation about what the device will be sold as once it hits the market. While previous reports had speculated at a “Samsung Gear Pop” branding, the label documentation identifies SM-R600 as the Samsung Gear Sport. As of this writing, there is still no word as to when the wearable will finally be revealed in full or go on sale. However, the FCC listing does seem to indicate that it will be soon and could be as early as the company’s upcoming Unpacked event – which takes place on August 23 and is also expected to feature at least one other major reveal.

Interestingly, there is still plenty of speculation to be made around this particular Samsung wearable. For starters, although the images that are included in the FCC filing do look similar to a smartwatch, it hasn’t been labeled as such by the agency. Instead, it has been identified as a “wrist device.” That doesn’t mean that it won’t be similar to the smartwatch variants in the company’s current lineup, but it could be much more closely related to another device that has been previously been reported on and which falls more into the category of a fitness wearable, so there is every possibility that this could be a new device that falls in line more with Samsung’s Gear Fit series of activity trackers.

Rumors about a device bearing the same model-designation have been circulating since before May. In fact, it was initially expected to be launched at the 2017 Tizen Developer Conference. It is possible that the time in between has led to improvements and refinement in the device before its arrival at the FCC. Fortunately, even though that can’t be substantiated and not much else is known about the Samsung Gear Sport, this filing does seem to point to more information being made available at the Unpacked event later this month.