Samsung Electronics was recently awarded a patent detailing a smartphone that looks like a member of its Galaxy Note product family with an S Pen that doubles as a breathalyzer and a microphone. The stylus itself was envisioned as being at least partially bendable, allowing the user to take out only a portion of it from the phone and bend it in order to use it as an additional microphone or a pocket device for analyzing the alcohol contents in their breath. The functionality itself relies on both the S Pen and the smartphone, with the latter being responsible for analyzing and verifying the accuracy of measurements taken by the former, according to the patent. Samsung's creation would also work while taking a phone call, allowing users to simultaneously use the stylus as both a mic and a breathalyzer.

The South Korean original equipment manufacturer originally submitted the newly uncovered patent to the United States Patent and Trademark Office (USPTO) in June 2016, with the regulator approving the application earlier this year and officially publishing it last month. Being involved in a wide variety of industries, Samsung holds one of the largest patent portfolios on the planet, with its patents spanning a broad range of technologies. The vast majority of Samsung's holdings are never commercialized and that's also the most likely fate of this particular filing which is detailing a device that may be useful to adults trying to determine whether they're below the legal driving limit but would hence be subject to additional oversight from competent agencies around the world. With research and development processes for contemporary smartphones already being prolonged as it is, it's unclear how easily would Samsung be able to implement this technology into a consumer-grade device in the near future.

While this particular patent may never hit the market, portions of it certainly could, as integrating a microphone into a phone stylus should be much simpler than doing so with a breathalyzer and Samsung may be able to do so in time for the Galaxy Note 9. The next addition to the company's high-end phablet lineup is set to be officially unveiled on August 23 and is expected to be available for purchase by late September. 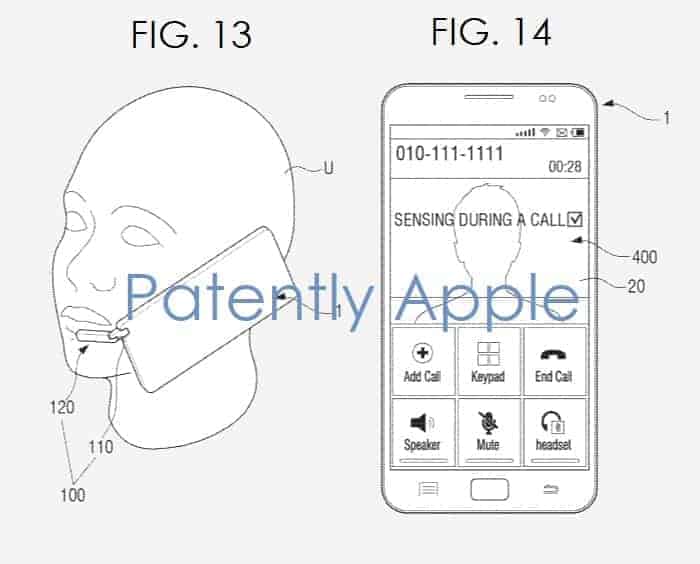