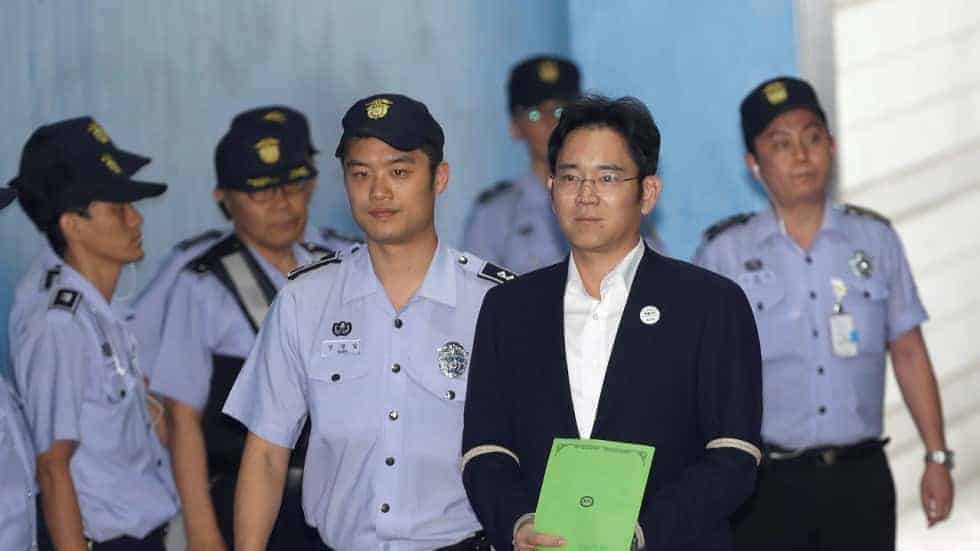 Samsung Heir, Lee Jae-yong, has just been sentenced to five years in prison, following the bribery and cronyism trial that has been going on for a while now. Samsung’s chairman has been found guilty of offering bribes and a number of other crimes, he has been accused of making rather large donations to foundations which are operated by a close friend of the now-former President Park Geun-hye. Samsung’s chairman has been making such donations in order to gain some political favors from the former administration, the court concluded.

Now, the trial is now over, and the sentence has been proclaimed, but Mr. Lee’s lawyers are expected to submit an official appeal, so chances are that this case will ultimately be decided by the South Korean supreme court, and that could take a while. The 5-year sentence is actually not the worst case scenario for Mr. Lee, as prosecutors were demanding a 12-year sentence for Samsung’s chairman. Mr. Lee’s lawyers tried to convince the court Samsung Heir had very little to do with the company’s day-to-day operations, but he did approve of such donations to Ms. Park’s friend, Choi Soon-sil, which made him guilty. Mr. Lee actually got arrested back in February, which is also when this trial began, and even though he claimed that he had nothing to do with such payments, the court was relentless. In the end, Mr. Lee, the third-richest person in South Korea, was accused of offering $38 million in bribes to four entities which are controlled by Choi Soon-sil, and it remains to be seen if an appeal will do any good to Mr. Lee.

For those of you who do not know, Lee Jae-yong took over control of Samsung after his father suffered a heart attack, which was back in 2014. Investors are concerned as to how will this affect the company, as his absence could shake things up, he is, after all, the leader of the company. It’s also worth noting that Mr. Lee’s father, Lee Kun-hee, was convicted of tax evasion back in 2009, but his sentence got suspended. It remains to be seen whether this sentence will stand, or will an appeal do any good for Lee Jae-yong.