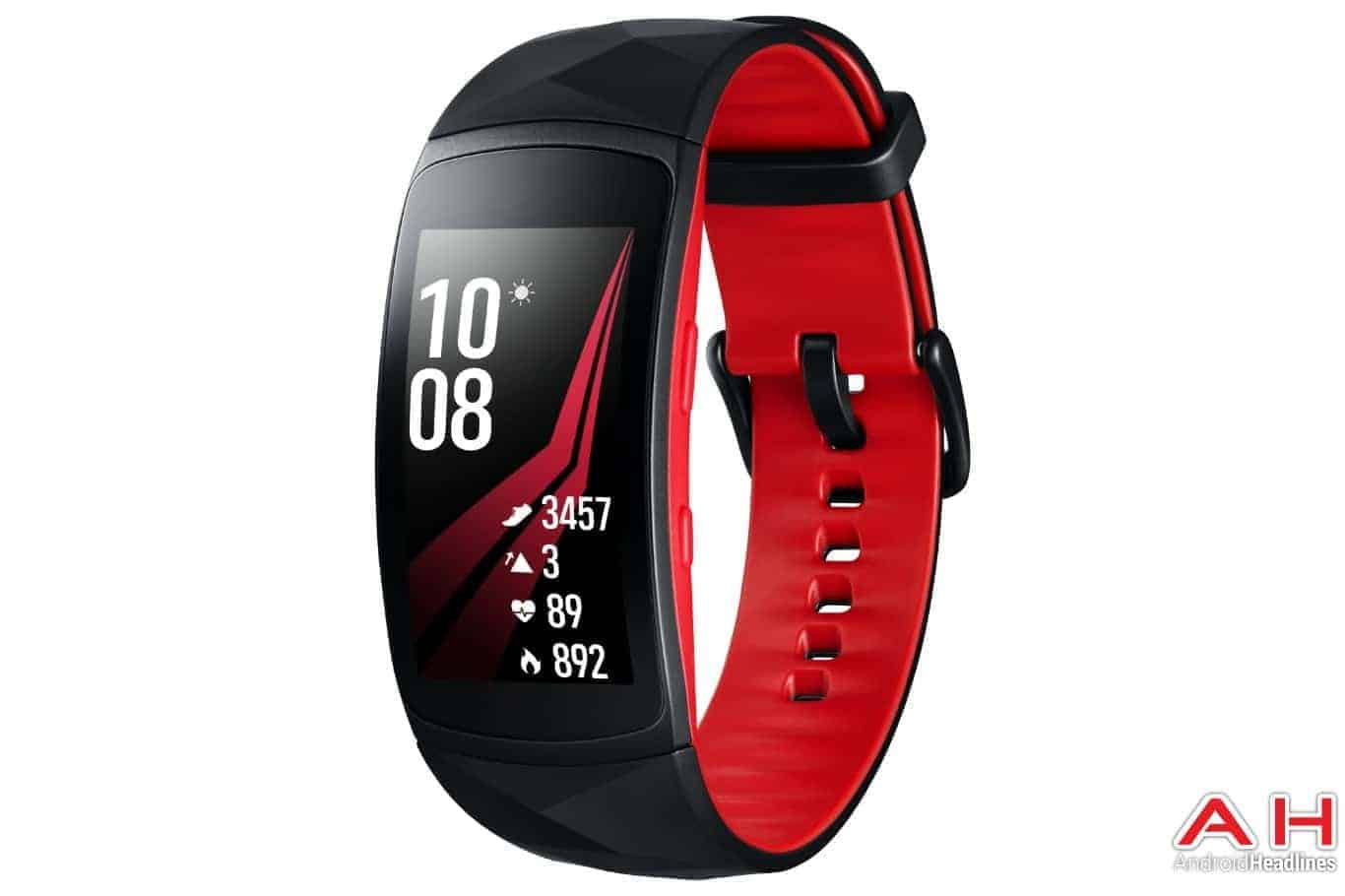 The Samsung Gear Fit2 Pro is now official, and Samsung did also share pricing and availability of the new wearable. Stating that it would be up for pre-order tomorrow, August 31st for $199. Pre-orders are slated to start at 9AM EST on August 31st, and will be available at Amazon, Best Buy, B&H Photo, Macys as well as Samsung’s website. The Gear Fit2 Pro will officially go on sale on September 15th – the same launch date as the Galaxy Note 8. It’ll be available at the already listed retailers, as well as Sprint and US Cellular.

For pre-orders, Samsung does have a pretty nice promotion going on. Those that pre-order before September 15th, you’ll get a Samsung U Flex Wireless Headphone, which can be redeemed at Samsungpromotions.com. Obviously this isn’t as nice as the Samsung Gear IconX 2018 truly wireless headphones that the company also announced today – but those haven’t been priced or given availability yet. The Gear Fit2 Pro is going to be available in both black and red colors.

The Gear Fit2 Pro is an upgraded version of the original Gear Fit2. It’s biggest upgrade is the advanced built-in GPS. Allowing users to go ahead and use it for runs and really track how far they have ran each day. It works with different apps like MapMyRun, UA Record, MyFitnessPal among others. Of course, the Gear Fit2 Pro will track your other activity, including your steps, workouts, calories burned and so forth. It has a 1.5-inch curved Super AMOLED display, which has a 216×432 resolution display that brings it a 310 pixel density. It’s also protected by Corning’s Gorilla Glass 3. It’s powered by a dual-core 1.0GHz processor, as well as 512MB of RAM and 4GB of storage. Of course it is running on Tizen, the operating system that Samsung uses for all of its wearables these days. And inside is a 200mAh battery which should last a few days. Now the Gear Fit2 Pro is water-resistance at 5 ATM, and Samsung has also made it possible to track your swimming with the Gear Fit2 Pro. Making it a great fitness tracker to pick up.