Samsung has now finally and formerly introduced its latest flagship smartphone, the Galaxy Note 8. This is an important smartphone in many respects. On the one hand, this is the direct successor to the ill-fated Galaxy Note 7 and on the other hand, this is a device that sees the design of the Galaxy Note line change. Both are points which Samsung spent some time on during the product unveil at Samsung Unpacked today.

As for the design change, this is only really a design change for the Note line and not necessarily a new design, as the Galaxy Note 8 follows in the footsteps of the Samsung Galaxy S8 by adopting a 18.5:9 aspect ratio or as Samsung prefers to call it – an ‘Infinity Display.’ In either case, the Galaxy Note 8 is now taller and slimmer than previous Note models and offers a larger display housed within a body more associated with smaller display-touting smartphones. For instance, the display on the Galaxy Note 8 measures in at 6.3-inches, although the size of the phone is almost the same size as the Galaxy Note 7 which came with a 5.7-inch display. As a result, while the Note 7 came with a QHD (2560 x 1440) resolution, due to the unique aspect ratio in play here, the Galaxy Note 8 adopts a QHD+ (2960 x 1440) resolution. One of the clear differences between this display and that of the Galaxy S8, is this one has been a little more tuned to offer a more stylus-ready interface. 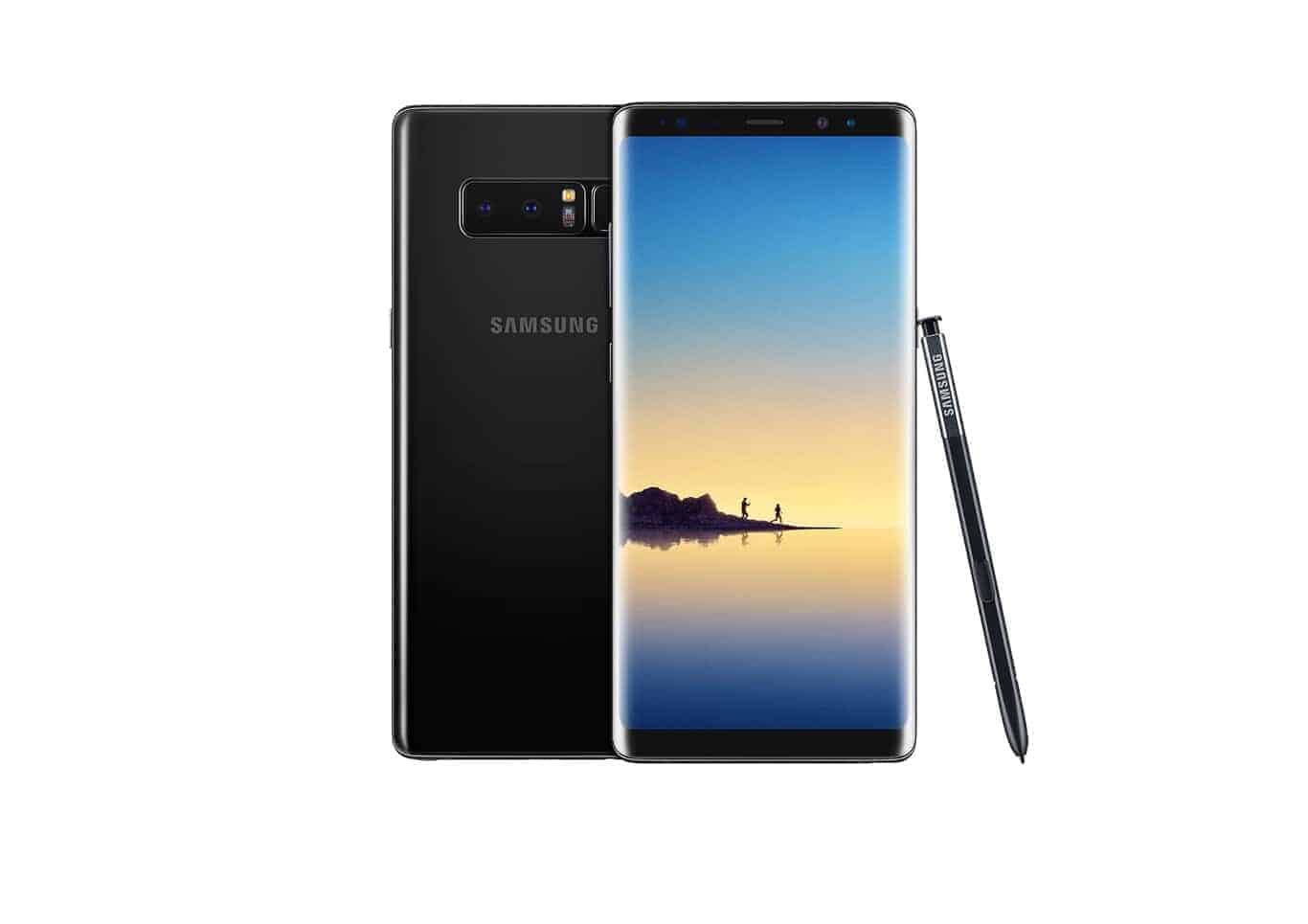 Another major design change with this latest Galaxy Note model (and one which cannot be found on the Galaxy S8) is the inclusion of a dual rear camera setup. Like the aspect ratio, dual rear cameras has become a big thing lately and it now looks as though Samsung is going in full throttle with the Galaxy Note 8. The dual camera configuration is now confirmed as including a 12-megapixel wide-angle lens, along with a second 12-megapixel telephoto camera. Which when used together will offer owners a wide range of advanced features. Samsung was in particular keen to show off these features today including detailing the vast number of software tweaks and modes that can be enabled to get just the shot you want. In many ways, while this is dual camera setup, it has been tweaked to allow each camera to somewhat act on its own accord. For instance, it is less like a dual camera setup, and more like two actual rear cameras with each camera employing its own OIS – a first for smartphones, according to Samsung.

As for the rest of the specs, the Samsung Galaxy Note 8 is a pretty standard H2 2017 flagship and does come loaded with 6GB RAM, and powered by a Qualcomm Snapdragon 835 SoC. It also seems as though the Galaxy Note 8 will be available in three storage variants, 64GB, 128GB, and 256GB. As mentioned the battery has become a talking point of late with the Galaxy Note line and the Galaxy Note 8 comes packed with a 3,300 mAh battery, one which includes support for fast charging, as well as wireless charging. With this being a flagship Samsung device, it also does come with all the usual ‘Samsung supports’ one would expect, including Samsung Pay, Samsung KNOX, and so forth. As for availability, Samsung has said now confirmed that Galaxy Note 8 pre-orders will open tomorrow, August 24. The pre-order will remain in effect until September 15 when the Galaxy Note 8 will become generally available.