The Samsung Galaxy J5 (2016) was spotted running Android 7.0 Nougat in the online database of the Wi-Fi Alliance, which indicates that the official update should start rolling out soon enough. The Galaxy J5 (2016) may not be a high-end smartphone with impressive specs but it’s still a relatively recent device which Samsung is seemingly interested in keeping updated for the time being. No specific timeline is available for when the update should start hitting devices, but the Wi-Fi Alliance is typically the last stop an upgrade has to make before it’s ready for a release. With the certification now ready, it’s only a matter of time before the smartphone gets updated to a new version of Google’s operating system.

As a reminder, the Samsung Galaxy J5 (2016) hit the scene back in late March last year, sporting entry-level specifications. The handset features a 5.2-inch AMOLED display with an HD resolution of 1,280 by 720 pixels and is powered by the Qualcomm Snapdragon 410 SoC equipped with Adreno 306 GPU and 2GB of RAM, 16GB of internal storage space expandable via a microSD card slot, a 13-megapixel main camera with an LED flash, and a 5-megapixel front-facing sensor. It’s not among Samsung’s most powerful devices, but Google designed Android Nougat to require less resources so it can work even on handsets that pack low-end hardware specifications. The Galaxy J7 (2016) launched with Android 6.0.1 Marshmallow, so the upcoming software update will mark a significant upgrade in terms of software.

Android 7.0 Nougat brings a slew of improvements over Marshmallow, adding a wide range of new features and an enhanced user experience. Those new functionalities include a better notification system, improved app permissions, and a host of new emoji. This particular Android version also brings the usual mix of bug fixes, performance and speed optimizations, as well as stability improvements. Overall, Android 7.0 Nougat should breathe new life into the Galaxy J7 (2016) and allow for a faster experience. Once it’s ready for distribution, the new software should roll out as an over-the-air (OTA) update meaning it will likely be distributed in stages over the course of a few weeks or months and more details on the matter will presumably be available later this year. 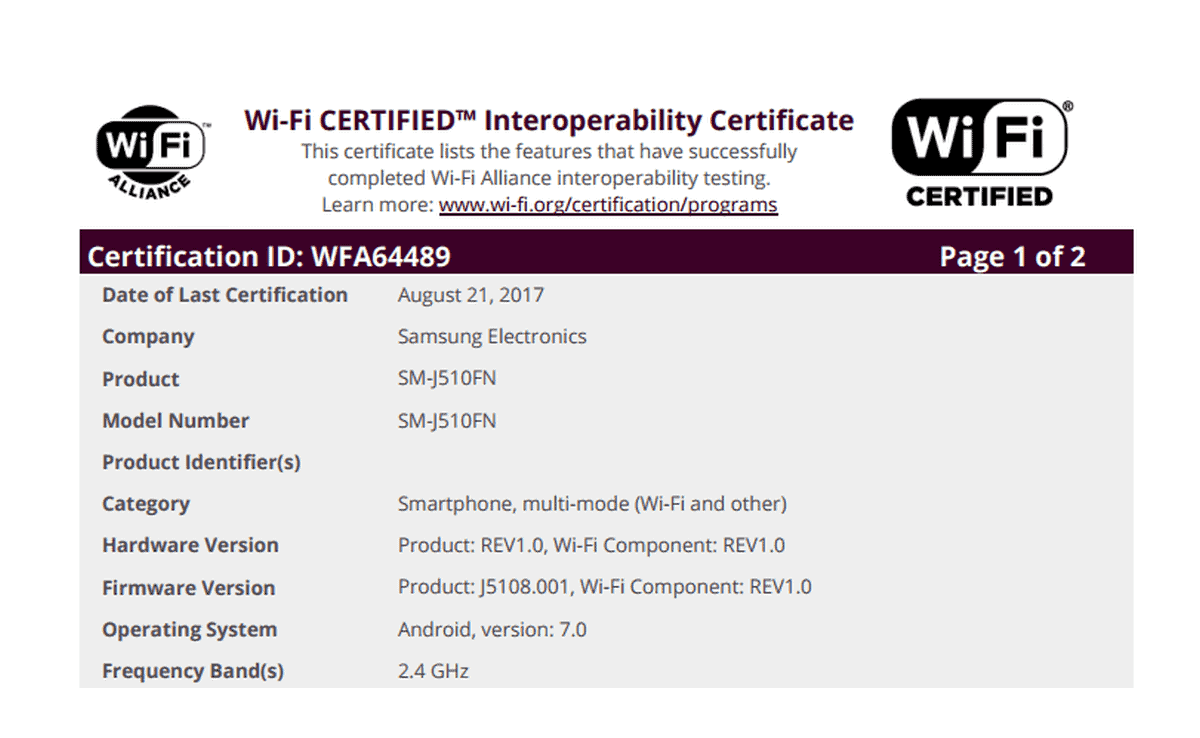