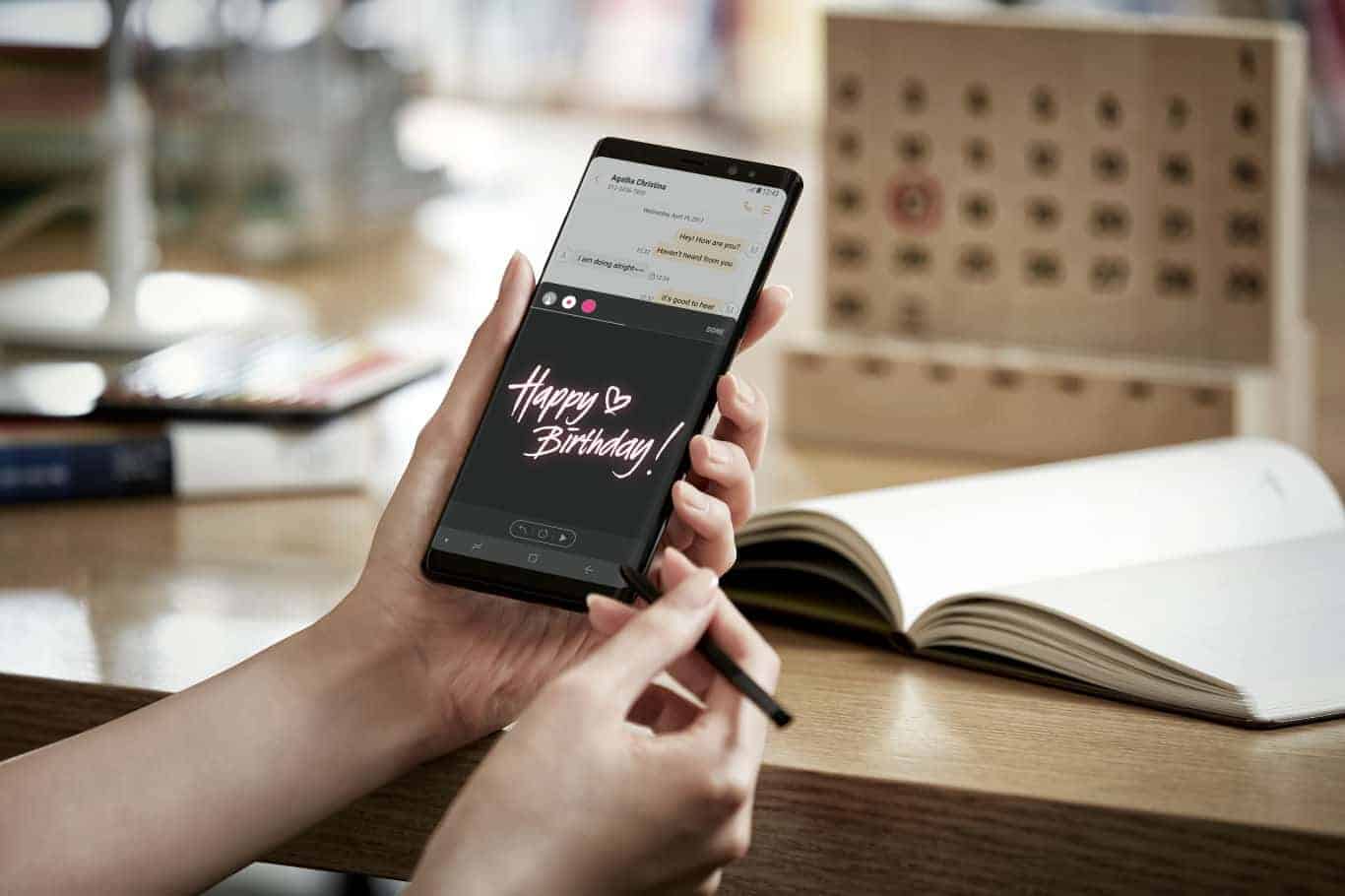 Samsung Electronics detailed the Live Messages feature of the Galaxy Note 8 during today's Unpacked event in New York City where the South Korean consumer electronics manufacturer officially announced its latest and greatest Android-powered smartphone following months of anticipation. The functionality is enabled by the new and improved S Pen stylus accompanying the Galaxy Note 8 and is meant to expand on the already versatile capabilities of the handset's primary imaging system which is also Samsung's first dual camera setup on a mobile device.

Just like its name implies, the Live Messages feature allows you to compose a message or a drawing over an image that you took with the Galaxy Note 8, essentially acting as Samsung's own take on the image-sharing functionalities of the currently most popular social networks on the planet like Facebook and Snapchat. Your creation will automatically be converted into a GIF which you're then able to share via a message or any other app that's currently installed on your Galaxy Note 8, Samsung said. The functionality also works on its own without a preselected image, allowing you to start with a blank digital canvas, draw anything you want, and have your work of art instantly converted into a GIF that's saved to your local storage and instantly available for sharing via the Gallery app. As expected, those who prefer a third-party multimedia management service like Google Photos will also be able to find their animations created with Live Messages in those apps.

It's currently unclear how much compression does Samsung's solution employ when rendering animations, though initial reports suggest that Live Messages GIFs can be up to 20MB in size, making them less than suitable for most image-sharing services. Even if that turns out to be the average size of an animation created with the feature, there's always the possibility that Samsung improves its compression algorithms in the future via a software update. More details on Live Messages and other unique functionalities of the Galaxy Note 8 should follow in the coming days, with the device being scheduled for a global release on September 15 and Samsung already sending out review units.