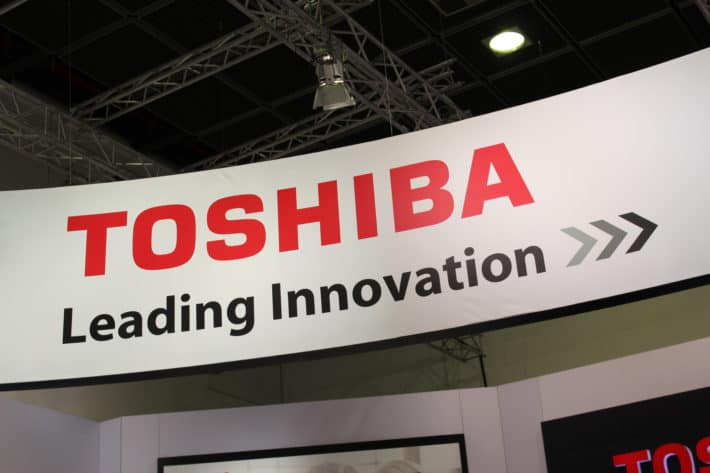 Toshiba's attempts to sell its chip division have stalled once again after the company found itself in a major disagreement with Bain Capital, its main suitor that's interested in acquiring the firm's flagship unit. The latest point of contention is Toshiba's ongoing legal dispute with Western Digital, its long-term joint venture partner who committed significant resources to the unit that the Japanese tech giant is now seeking to liquidate and is claiming that the Minato, Tokyo-based conglomerate cannot clear any transaction without its explicit consent. According to people with knowledge of the negotiations, Bain Capital is unwilling to start making payments for the unit before Toshiba manages to conclude its dispute with Western Digital, whereas the struggling company insists on receiving the cash before that.

Neither party has yet issued a direct comment on the matter in any capacity, though the latest report is in line with Toshiba President Satoshi Tsunakawa's recent statement that confirmed the deal with Bain Capital hasn't been reached as of last week and that the company is now turning to other possible partners and will start holding new talks in the immediate future while leaving the negotiations with the multinational investment firm on hold. It's currently unclear how close the Bain Capital deal is to breaking down entirely, though latest developments don't bode well for Toshiba's efforts to liquidate its chip unit as quickly as possible in an effort to cover the losses incurred by its bankrupt nuclear unit in the United States and balance its books to avoid being delisted from the Tokyo's stock exchange.

Bain Capital was previously given the title of the preferred bidder by Toshiba, though no official reasoning for that decision has yet been provided. Recent developments and Bain's reluctance to agree to any deal without getting Western Digital out of the picture puts the American data storage company in a stronger position to force Toshiba into yielding to its requests; the Japanese tech giant is now being pressured by investors to move fast with the sale and concluding any potential disputes with Western Digital as the transaction needs to be officially cleared by March if the firm is to avoid a stock market delisting and subsequent consequences.