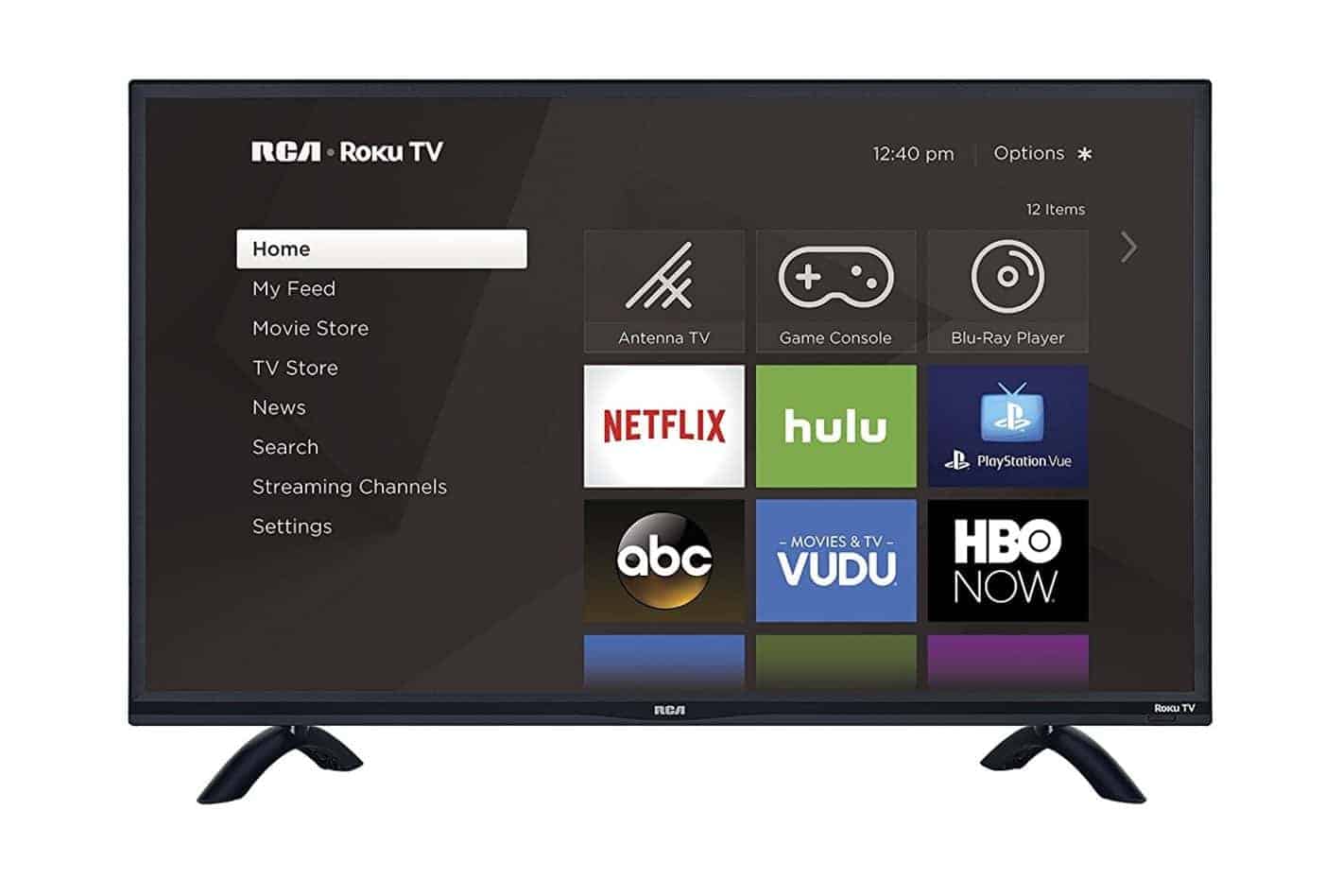 Today, RCA announced that its latest line of Roku TV's is now available from both Walmart and Amazon's website. RCA's new line of Roku TV's come in three different sizes and are all under $500. The first is a 32-inch model with a rather dated resolution of 1366×768, and that comes in at $249. Then it jumps to a 43-inch 1080p model for $379 and a 50-inch 1080p model for $499. Unfortunately, RCA is not offering these TV's in a 4K resolution, which is going to make it tough for them to compete against TCL, who also have Roku TV's but with 4K resolution for slightly higher price tags here.

These TV's from RCA have Roku built in, which basically makes them smart out of the box. With Roku built in, users will be able to watch content from thousands of different providers, including the likes of Netflix, Hulu, YouTube, Google Play Movies & TV and many other apps out there. It's also great because you can use Roku without using one of the precious HDMI ports on the back of these TVs. RCA has also included a TV tuner in these TVs so that cordcutters will be able to get over-the-air channels without needing to buy an external antenna to mount in their home to get those OTA channels like CBS, NBC, ABC among others.

RCA's new models here have some stiff competition from TCL, who have been making Roku TV models for a few years now. And TCL also offers its offerings a bit cheaper than RCA, however RCA is much more of a household name in the US than TCL is, so RCA may have the advantage here. It is still a bit strange to see a TV with a sub-720p resolution in 2017, it may be a bit early, but it's likely that it won't be RCA's top seller out of these three models. You can pick up these RCA Roku TV's in its 32-inch, 43-inch and 50-inch models from Amazon and Walmart.com using the links down below. It's worth mentioning that right now, the 32-inch model is showing as shipping in "3 to 5 months" on Amazon, so it's likely that RCA hasn't made many of that particular model, expecting the 43 and 50-inch models to sell far better.

Advertisement
Buy RCA's Roku TVs Buy RCA Roku TVs from Walmart
Trusted By Millions
Independent, Expert Android News You Can Trust, Since 2010
Publishing More Android Than Anyone Else
6
Today
104
This Week
596
This Month
3108
This Year
104587
All Time
Advertisement