Today we’ll compare two premium smartphones that are as different from one another as chalk and cheese, but both have decent hardware, great build quality and fantastic design aesthetics, making them two of the most lucrative devices to own at around the $500 price-point. While the BlackBerry KEYone is the latest flagship smartphone from the Canadian company that was once the global leader in smartphones, the Samsung Galaxy S7 Edge is the seventh-generation S-series device from the South Korean electronics manufacturer that has been anything but boring with its flagship smartphones of late. The two devices both have pretty much all the standard features you’d expect from premium Android smartphones circa 2017, but also include a few quirky but novel design elements that add some specific functions to them. While the KEYone was already launched with Android Nougat out-of-the-box, the Galaxy S7 Edge originally shipped with Android Marshmallow, but has since received the much-awaited Android Nougat update from its manufacturer. So which one is right for you if you’re still sitting on the fence? We’ll try to find that out over the course of this comparison. 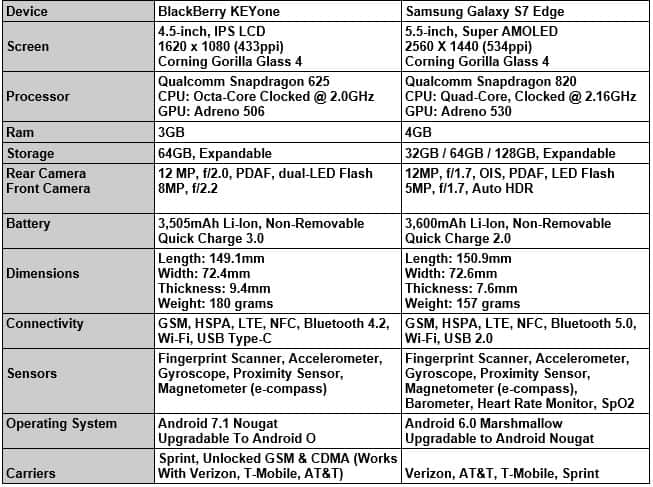 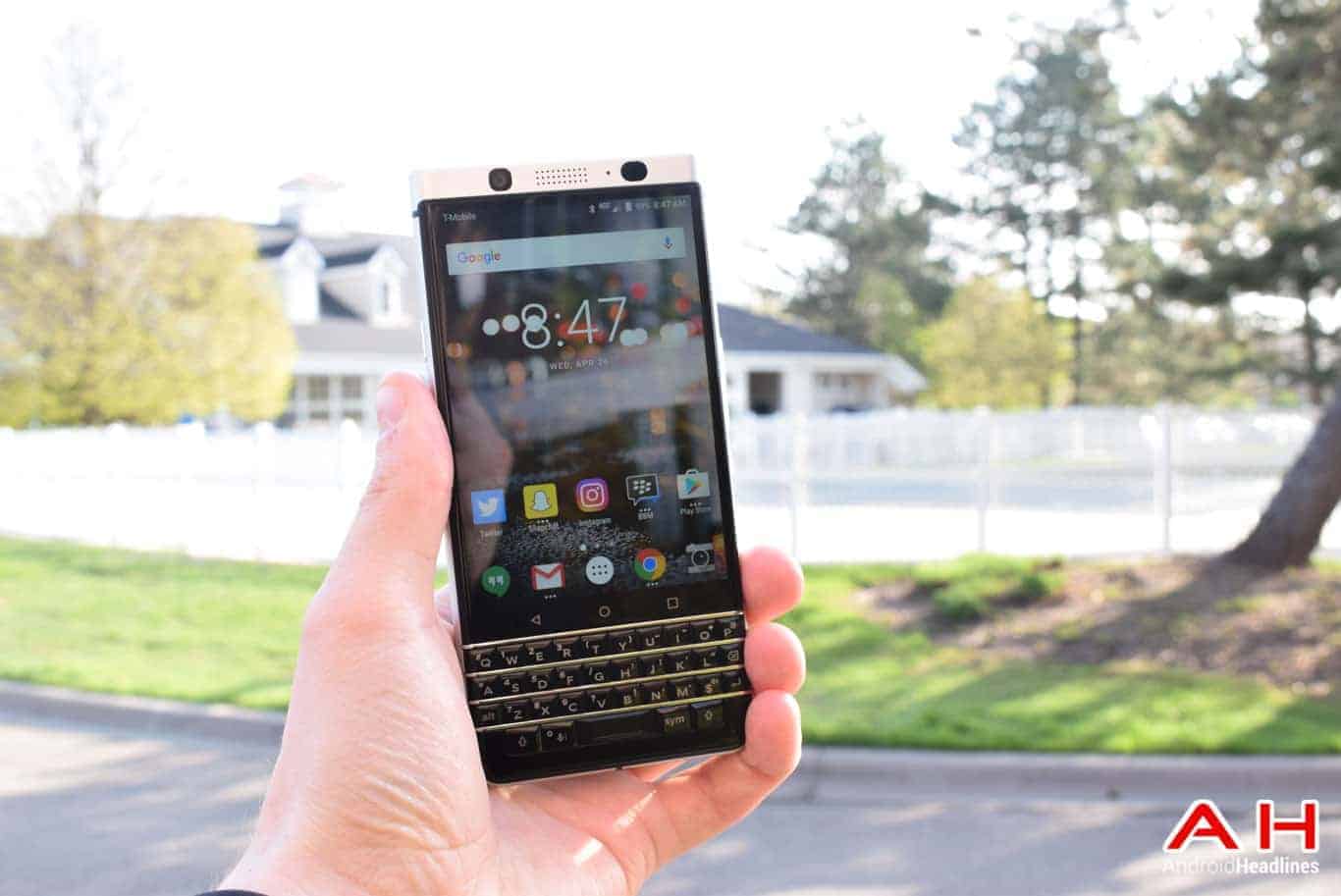 The BlackBerry KEYone comes with an all-metal construction with curved edges on all four sides and a soft-touch rubberized back for better grip. It features a relatively-small 4.5-inch IPS LCD display to accommodate the main attraction of the device – the physical QWERTY keypad. The screen has a 3:2 aspect ratio and, comes with a display resolution of 1620 x 1080 pixels. The device is powered by the Snapdragon 625 SoC, which comes with an integrated octa-core Cortex-A53 CPU clocked at 2.0GHz, and an Adreno 506 GPU clocked at 650MHz. The KEYone uses 3GB of DDR4 RAM and 32GB of built-in storage that is expandable via a microSD card of up to 256GB in capacity. The battery on the device is a non-removable 3,505mAh Li-Ion unit with support for Qualcomm’s Quick Charge 3.0, thanks to the latest-generation Snapdragon processor under the hood. On the software side of things, the device runs an almost pure version of Android 7.1 Nougat out-of-the-box.

The smartphone uses the exact same 12-megapixel sensor that can be found on the Google Pixel and the Pixel XL. It has an f/2.0 aperture, phase detection auto-focus (PDAF) and a dual-tone LED flash. The front-facing camera comes with an 8-megapixel sensor and an f/2.2 lens.The phone also comes with a customizable ‘Convenience Key’ below the volume rocker on the right side, just like the DTEK50 and the DTEK60 before it. The device also ships with a fingerprint scanner that’s embedded in the space bar of the physical keypad. The phone measures 149.1mm in length. 72.4mm in width and 9.4mm in thickness, while weighing in at 180 grams.

While a detailed look at its spec-sheet gives you a very good idea about some of the key performance parameters, the truth is that, any discussion on the KEYone remains incomplete without putting in a word about the physical QWERTY keypad. Admittedly, it is not for everybody given how we’ve gotten used to the full-touch glass slabs over the past decade, but it adds a novelty factor to the device and brings a sense of nostalgia that many BlackBerry loyalists seem to be still latching on to. While they view the keypad as the symbol of a true BlackBerry smartphone, others are summarily dismissive of the feature, calling it as a relic of the past that has outlived its utility. Whichever camp you’re in, you probably recognize that there was a strong demand from a large section of the BlackBerry community for the company to get back to its QWERTY roots, and that’s exactly what this device has managed to do. After a less-than-impressive attempt at incorporating a physical QWERTY keyboard in devices like the PRIV, the KEYone is a classic example of the QWERTY keypad done right. 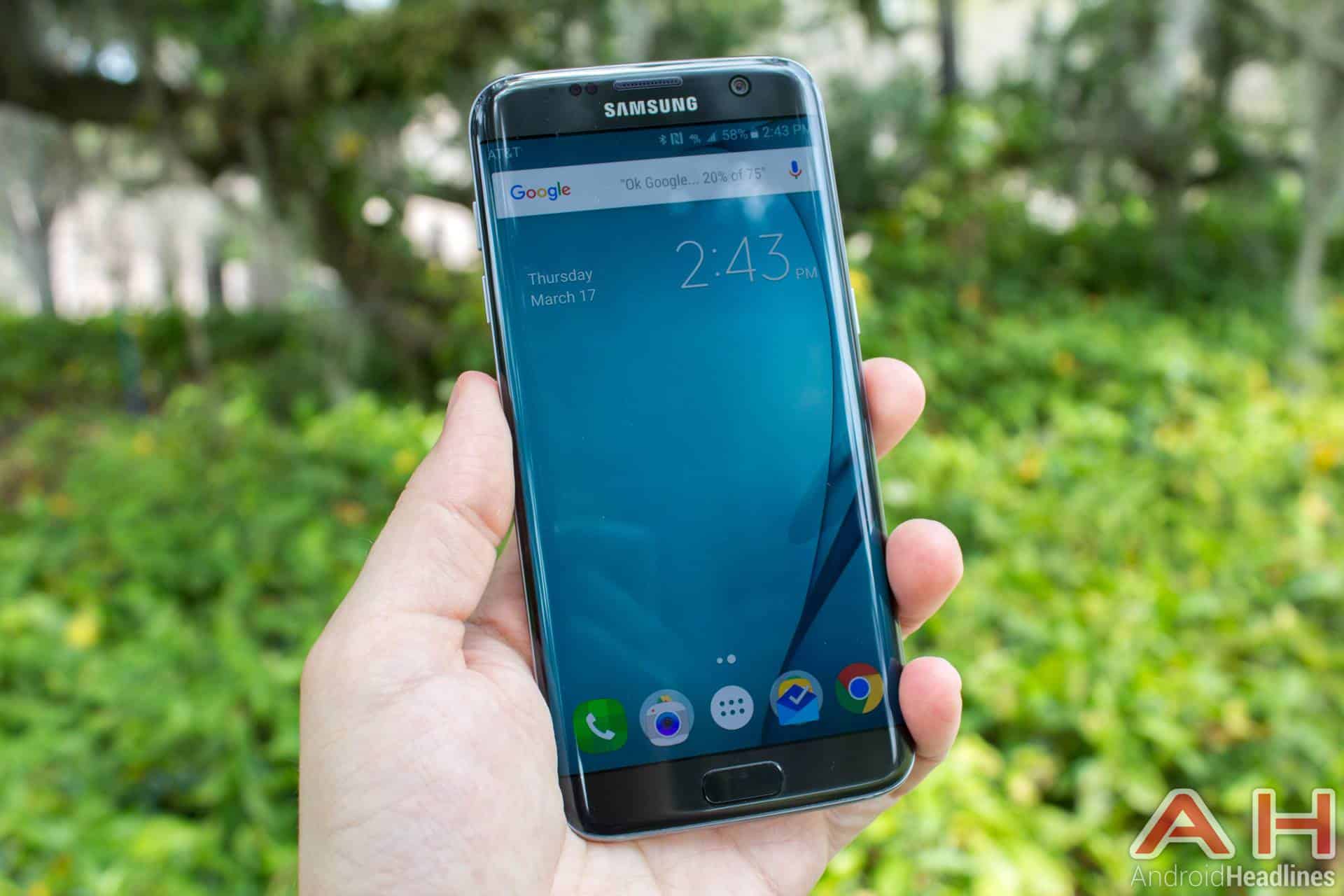 The Galaxy S7 Edge is Samsung’s flagship smartphone from the first half of last year and, looks considerably more traditional that its successor, the Galaxy S8. The device features a 5.5-inch Super AMOLED capacitive touchscreen display with dual curved edges. The panel comes with a WQHD resolution of 2560 x 1440 pixels, which translates to a pixel density of 534 DPI. Like all recent Samsung flagships, the Galaxy S7 Edge was also launched in two different variants – one powered by the Snapdragon 820 SoC and another, with the company’s own, in-house Exynos 8890. While the former comes with a quad-core CPU with two cores clocked at 1.6 GHz and two others at 2.15 GHz, the latter has an octa-core CPU with four cores clocked at 1.6 GHz and four others at 2.3 GHz. For graphics processing duties, the Snapdragon chip comes with an integrated Adreno 530 GPU, while the Exynos SoC ships with ARM’s own Mali-T880 MP4 GPU.

The rest of the hardware specs include 4GB of LPDDR4 RAM and 32GB of UFS 2.0 memory that’s expandable via a microSD card. In terms of optics, the Galaxy S7 sports a 12-megapixel rear-facing camera with an f/1.7 aperture for better low-light photography, and has features such as, phase detection auto-focus (PDAF), auto HDR, LED flash and optical image stabilization (OIS). The front-facing selfie-shooter on the Galaxy S7 Edge comes with a 5-megapixel sensor that also has an f/1.7 aperture. The battery is a non-removable 3,600mAh unit with support for Qualcomm’s Quick Charge 2.0 in the Snapdragon version.

The Galaxy S7 Edge is also waterproof and dustproof as borne out by the device’s IP68 certification, and is also compatible with Android Pay and Samsung Pay. The device also comes with a heart rate monitor, an oxygen saturation sensor and wireless charging. On the software side of things, the Galaxy S7 Edge was originally launched with Android 6.0 Marshmallow pre-installed, but has already received Android 7.0 Nougat in many regions around the world. If the company’s current update schedule is anything to go by, it should also get the Android O update at some stage going forward. The Galaxy S7 Edge measures 150.9mm in length, 72.6mm in width and 7.7 mm in thickness while weighing in at 157 grams.

The Galaxy S7 Edge and the BlackBerry KEYone are two different beasts altogether, targeted at two entirely different sets of buyers. While the Galaxy S7 Edge is the mainstream smartphone that was launched last year with what was then cutting-edge hardware and a fresh, new design language, the KEYone unabashedly plays to BlackBerry’s strength and, appeals to a niche, but fiercely loyal and traditional user-base that still believes they need physical keypads on their mobile phones to be truly productive. To be fair to the KEYone, it comes with an almost-perfect implementation of a physical QWERTY keyboard on an Android smartphone, and is indeed a must-buy for long-time BlackBerry aficionados who have been lamenting about the lack of high-quality QWERTY devices from the company. As for the Galaxy S7 Edge, it wins this comparison not only because of its faster processor, larger screen, higher pixel resolution, bigger battery, extra RAM,  or more storage, but because it brings all that to the table in a carefully crafted, aesthetically pleasing package that appeals to a much broader audience than its rival. Sure, it has started getting a bit long in the tooth, but is still a nice, well-rounded smartphone that is certainly worth buying if you want a performance-oriented high-spec device from a top-tier brand at a reasonable price.