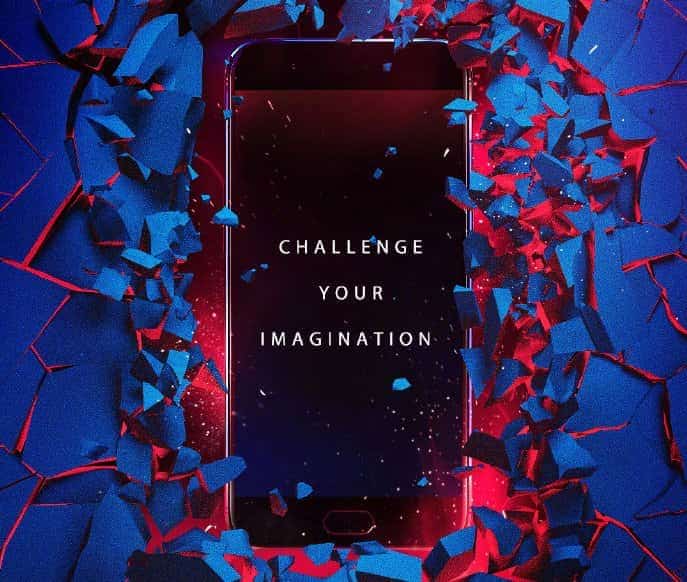 The OPPO R11 and OPPO R11 Plus handsets were introduced back in June, and OPPO has just confirmed that the OPPO R11 FC Barcelona Edition will be announced on August 8, which is only a couple of days away at this point. The company has actually shared a teaser (first image down below) for this announcement first, and the teaser itself does not reveal much on its own, even though FC Barcelona's colors are included in it, but the second image the company shared more or less confirms that the OPPO R11 FC Barcelona Edition is on the way.

If you take a look at the second image in the gallery down below, you will get to see FC Barcelona's logo in the upper right corner, while in the middle of this image you can clearly see that this is the OPPO R11 we're looking at, and the release date is laid out in the lower portion of this image. OPPO had introduced the OPPO F1 Plus FC Barcelona Edition smartphone back in May last year, and that was basically the OPPO R9, but the device actually carries the OPPO F1 Plus branding in some markets, so OPPO decided to use that name instead. In any case, that phone was identical to the OPPO R9 / OPPO F1 Plus, so it's safe to assume that the OPPO R11 FC Barcelona Edition will be identical to the regular OPPO R11 handset in terms of specs as well, while the design will also be the same, even though the phone will offer a different paint job, which will show off FC Barcelona's color and logo. This phone will probably also include some FC Barcelona-related themes, wallpapers, images, and so on, and it's also possible that OPPO will include some sort of an accessory along with this smartphone.

The OPPO R11 is made out of metal, and it comes with a front-facing fingerprint scanner, not to mention that it offers a dual camera setup on its back. The OPPO R11 is fueled by the Snapdragon 660 64-bit octa-core SoC, and it sports a 5.5-inch fullHD (1920 x 1080) AMOLED display. The phone packs in 4GB of RAM and 64GB of expandable storage, while a 3,000mAh non-removable battery is also a part of this package. 20-megapixel and 16-megapixel shooters can be found on the back of this phone, while a single 20-megapixel camera is located on the front side of the OPPO R11. These are basically the specs that you can expect on this special edition smartphone as well, though nothing has been confirmed just yet.