Xiaomi has just released a new teaser on its official Weibo (Chinese social network) page, if you take a look at the provided image below this article, it will be clear what phone Xiaomi is teasing here, even without it saying so. This image reveals a phone without bezels on the sides, or above the display, though we don’t get to see the bottom of the phone, the phone will probably have a small chin, though. In any case, in the lower portion of this image, you’ll clearly see that Xiaomi wrote ‘MIX 2’, and next to it the announcement date, September 11.

The Xiaomi Mi MIX was one of the most interesting smartphones last year, mainly due to its design. Xiaomi managed to surprise pretty much everyone by releasing the Mi MIX alongside the Mi Note 2, and the Mi MIX 2 will sport an even higher screen-to-body ratio than its predecessor, Xiaomi confirmed that a while back. The Xiaomi Mi MIX was made out of metal and ceramic, and its successor will probably utilize those very same build materials, and also some new tech, like the Mi MIX did. The original Mi MIX shipped without a regular earpiece, Xiaomi opted for the Cantilever piezoelectric ceramic technology instead, and the Mi MIX 2 will probably utilize something similar to that. If a rumor from earlier this year is to be believed, the Mi MIX 2 might ship with a Receiver Sound Technology (AAC Actuator), though nothing has been confirmed just yet.

The Xiaomi Mi MIX 2 will probably sport a rather large display, just like its predecessor. The Mi MIX came with a 6.4-inch panel, and it’s quite possible that the Mi MIX 2’s panel will be larger than 6 inches as well. The phone will almost certainly be fueled by the Snapdragon 835 64-bit octa-core processor, and it will pack in 6GB of RAM, well, at least one model of the device will, as Xiaomi will probably release more than one RAM + storage variant of this smartphone. Android Nougat will come pre-installed on the Mi MIX 2, and Xiaomi’s MIUI 9 OS will ship on top of Google’s operating system. It is still unknown whether the phone will sport one or two cameras on the back, but it’s quite likely that it will utilize a rear-facing fingerprint scanner. 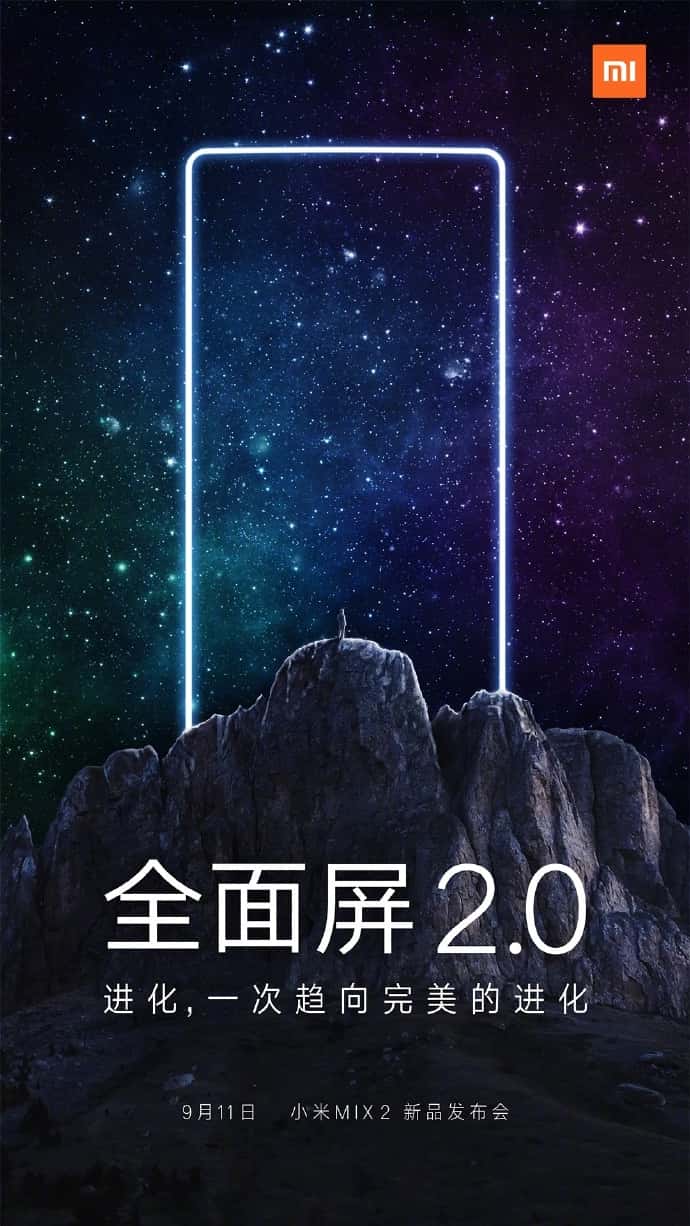