HMD Global has now officially launched the latest Nokia smartphone, the Nokia 8. While there has been a number of Nokia Android-powered smartphones brought to market in quick succession this year, the Nokia 8 is by the most premium Nokia Android smartphone to come to market to date. In fact, not only is this a smartphone that comes loaded with an extremely competitive spec list, but it is also one that comes equipped with a number of unique features that you might not find on other smartphones – Nokia or otherwise.

For instance, one of the clear selling features on offer with the Nokia 8 is the cameras. On the hardware side, the Nokia 8 is the sum of a new partnership with Carl Zeiss which sees the Nokia 8 equipped with a dual rear camera setup, consisting of two 13-megapixel cameras. One of those cameras focuses on the color aspects, while the second is a monochrome-dedicated camera. This is in addition to another 13-megapixel camera which can be found on the front of the device. What is interesting though, is that in addition to the advanced hardware, the Nokia 8 also comes with a number of software tweaks designed to heightened the camera experience even more. For instance, on top of the usual ability to taking selfies with a smartphone, the Nokia 8 includes a camera app that in turn affords the option to take ‘bothies’ – where the app makes use of the front and rear cameras to capture a much fuller image. Likewise, sharing also seems to be a big deal with this phone as the camera app also comes with a number of integrated live streaming options, such as Facebook and YouTube integration. Allowing the user to quickly and easily live stream from within the Nokia 8 camera app – including live streaming while using the ‘bothie’ feature. 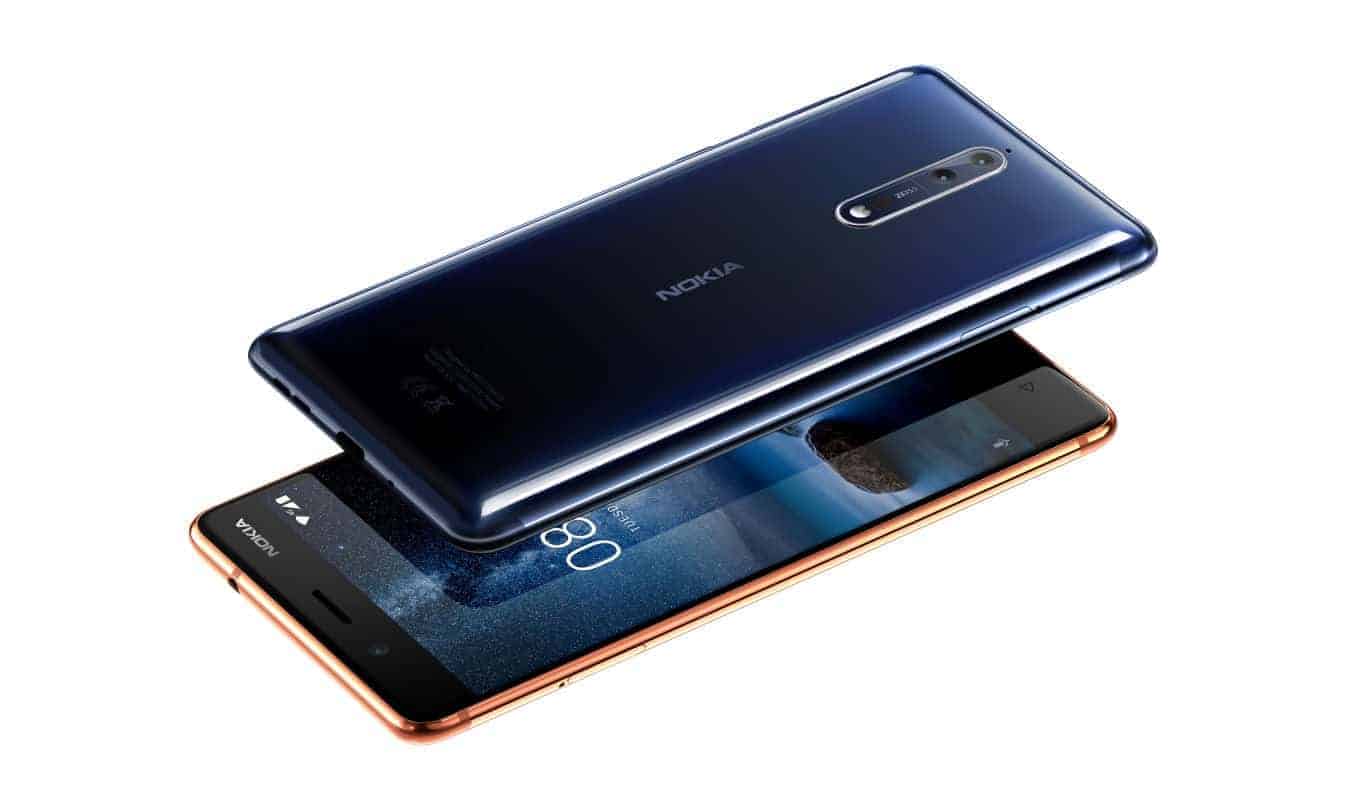 As for the rest of the specs, the Nokia 8 is now confirmed as coming equipped with 5.3-inch display along with a 2560 x 1440 resolution. Inside, the Nokia 8 is loaded with 4GB RAM, 64GB internal storage, and is powered by a Qualcomm Snapdragon 835 octa-core SoC. Additional features worth noting include a 3,090 mAh Quick Charge 3.0-supported battery, the option to expand the storage via microSD (up to 246GB), an IP54 certification, a fingerprint sensor, and Android 7.1.1 (Nougat). In terms of the latter, and with the exception of the camera app, the Nokia 8 is designed to be a smartphone that runs on a very lightweight version of Android Nougat. One which places an emphasis on receiving regular and timely updates, including monthly security-forced updates. Something that now seems to be a common feature for Nokia Android phones in general.

In terms of availability, HMD Global has yet to fully detail the pricing and availability for the Nokia 8. However, the company has explained that the Nokia 8 will come to market in early September and will be available in four distinct color options, consisting of Polished Blue, Polished Copper, Steel, and Tempered Blue. Likewise, the suggested retail price for the Nokia 8 in Europe will be €599 which equates to a little over $700 in US terms. Speaking of which, it does not currently seem as though the Nokia 8 is going to arrive in the US. Instead, this seems to be a flagship device which will be primarily aimed at Europe and Latin America, with the latter expected to be the first region where the Nokia 8 becomes available.