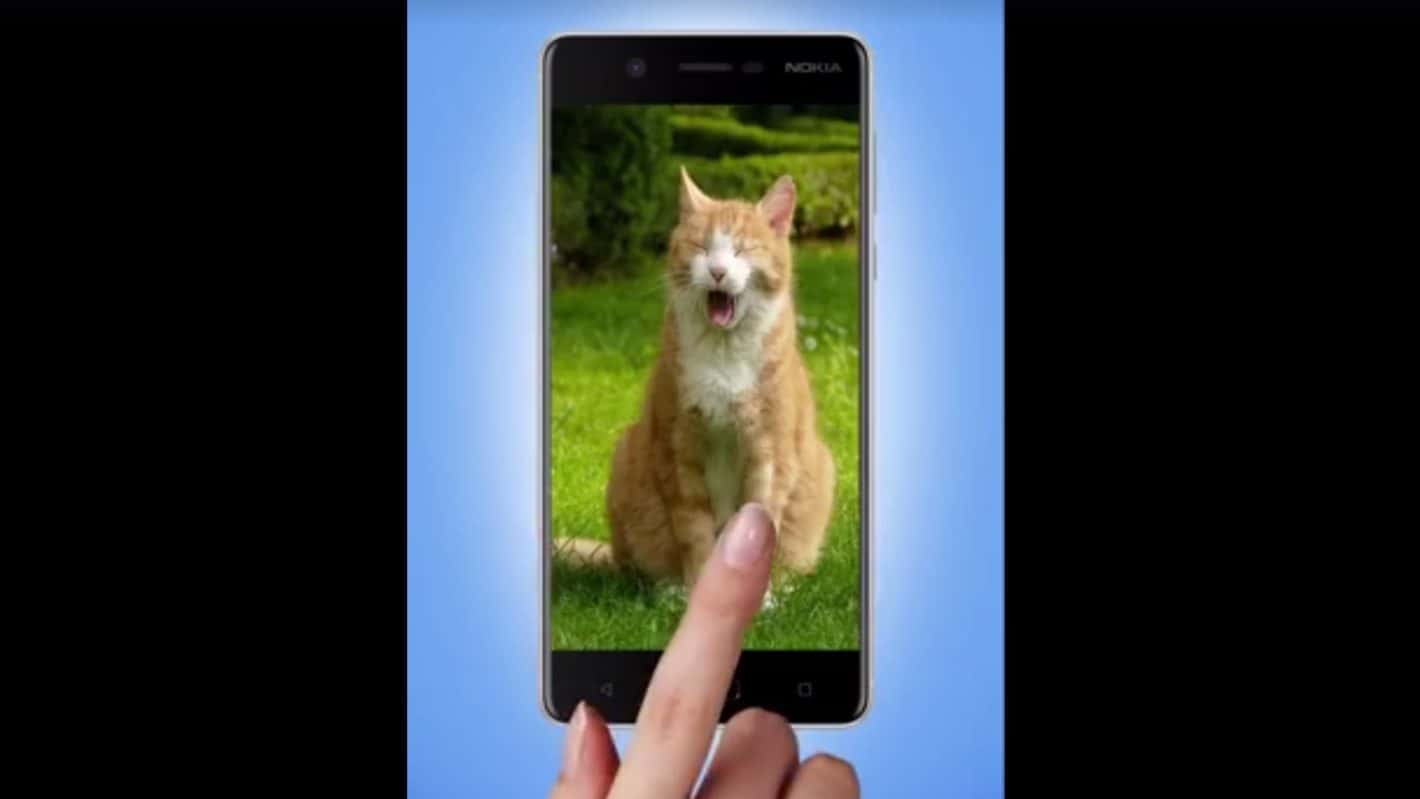 HMD Global Oy started teasing the first Nokia flagship in the brand’s post-Microsoft era earlier today, with the company’s upcoming Nokia 8 appearing in a video meant to celebrate the International Cat Day. The video that can be seen below was published on Tuesday morning, with the Finnish company not making a single mention of the Nokia 8. Still, the device starring in the teaser looks almost identical to recent supposed sightings of HMD Global’s unannounced high-end smartphone and only differs from the most legitimate leaks in two aspects – the placement of its capacitive keys and the front-facing camera module. The two system keys are seemingly farther away from the physical Home button than those shown in previous leaks of the device, whereas the secondary camera of the handset also seems to be closer to the left edge of its top bezel than recent sightings suggested.

The Finnish phone company didn’t show the rear side of the smartphone in its latest video which would confirm that the device in question is the Nokia 8 and not one of its previously launched offerings, as the upcoming flagship is set to become the first Nokia-branded phone with a dual camera setup. Its main imaging system is said to entail two vertically arranged sensors and a dual-LED (dual tone) flash unit, with the module itself being manufactured by Carl Zeiss, a renowned German optics company that recently announced a major partnership with Nokia, stating that the two will collaborate on the development of high-end mobile imaging systems that will be implemented into HMD Global’s future products.

The Nokia 8 is widely expected to be powered by the Snapdragon 835 system-on-chip (SoC), Qualcomm’s flagship piece of silicon that already debuted in a broad range of this year’s Android flagships like the Galaxy S8 and HTC U11. The device should be offered in several variants, with the most affordable one featuring 4GB of RAM and at least 32GB of internal flash memory expandable via a microSD card slot, though it’s currently unclear which models will be targeting which markets. HMD Global should officially unveil the Nokia 8 on August 16 and the handset itself is expected to go on sale by September.