The Xiaomi Mi MIX 2 smartphone has been the subject of rumors and leaks for many months, and now a new leak indicates it could feature 3D facial recognition capabilities. The latest information includes a screenshot, shown below, claimed to have been taken on the upcoming Mi MIX 2, which clearly shows a device with the face recognition symbol rather than a fingerprint scanner. The screenshot itself doesn’t reveal much more information about how this feature may work, though it’s likely that the method won’t be recommended by Xiaomi much like the same functionality came with a security disclaimer on the Galaxy S8, with Samsung stating that facial recognition is generally thought to be one of the least secure authentication techniques on contemporary smartphones.

There has been plenty of speculation about the Xiaomi Mi MIX 2, and another leak earlier this month showed some purported renders of the highly anticipated handset. The images reinforced previous rumors of the phablet having a bezel-free design, other than an extremely small area beneath its display panel which is thought to have an aspect ratio of 18:9, i.e. 2:1. Leaked specifications so far have included the 1.9GHz Snapdragon 835 octa-core processor, a 6.4-inch AMOLED display with a 2K resolution, 12-megapixel rear camera, and a 5-megapixel front-facing shooter. It’s thought that there will be two variants of the device, with one model packing 6GB of RAM and 128GB of internal flash memory and the other having 8GB of RAM and 256GB of storage space.

Just a few days ago, another rumor surfaced suggesting that the successor to last year’s Xiaomi Mi MIX will arrive on September 12. If this is the case, the launch will be earlier than expected as the original Mi MIX did not release until November last year after being unveiled in October. The device sports the ‘Chiron’ codename, industry insiders said earlier this year, and its pricing has also been tipped, starting from 3,999 yuan ($599). The handset’s build may be metal and ceramic and the Mi MIX 2 is expected to run Android 7.1.1 Nougat out of the box, likely skinned with Xiaomi’s proprietary MIUI 9 OS which just started rolling out to the company’s handsets this month. 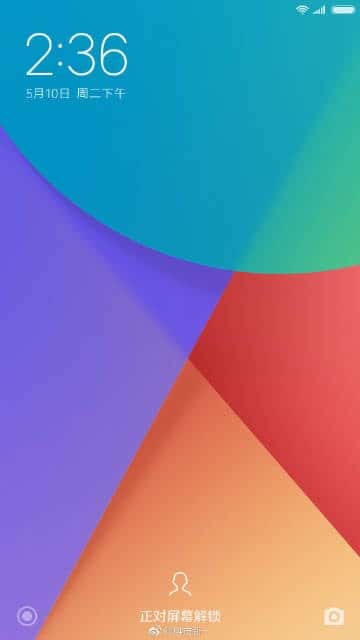