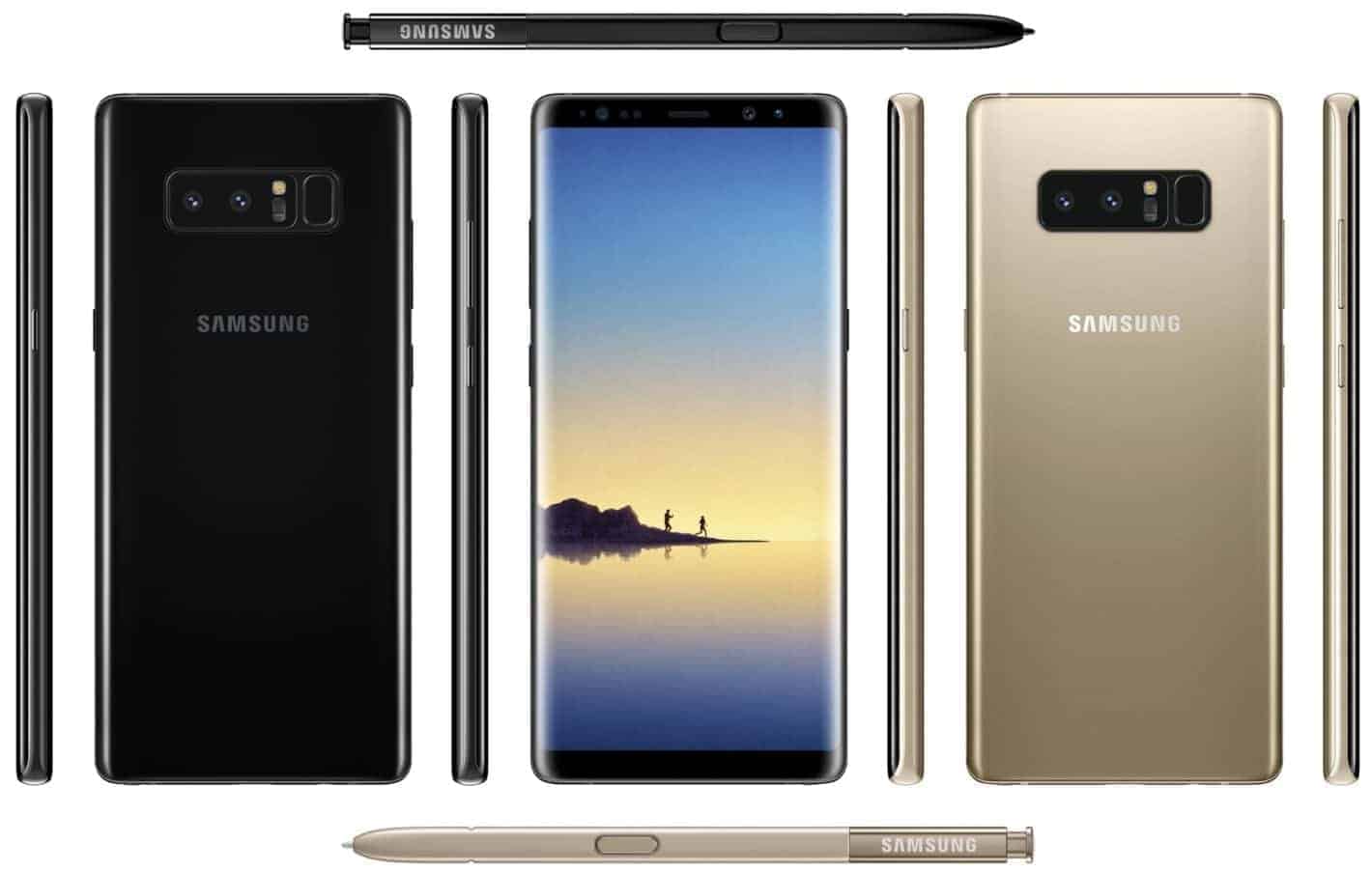 Evan Blass aka @evleaks, had shared one Galaxy Note 8 render in the last 24 hours, and he’s now back with yet another image. Evan Blass shared an image of the Midnight Black Galaxy Note 8 variant yesterday, and that image showed us the front side of the device only, well, today’s image actually shares a lot more than that. If you take a look at the provided image, you will get to see both the Midnight Black and Gold-colored variants of the Galaxy Note 8, and not only their front sides, you can check out their backs, sides and even S Pen styluses that will ship with these two variants of the Galaxy Note 8.

The Galaxy Note 8 will be announced later this month, and chances are it will ship in two variants, one variant will be fueled by the Snapdragon 835 64-bit octa-core SoC, while the other one will ship with Samsung’s very own Exynos 8895 64-bit octa-core chip. The Galaxy Note 8 is expected to sport a 6.3-inch QHD+ Super AMOLED Infinity display, along with 6GB of RAM and 64GB or 128GB of expandable internal storage. The device will probably include a battery with a capacity of at least 3,500mAh, and Android 7.1.1 Nougat will come pre-installed on this phone, with Samsung’s custom UI on top of it.